The Story of Easter and Holiday Traditions 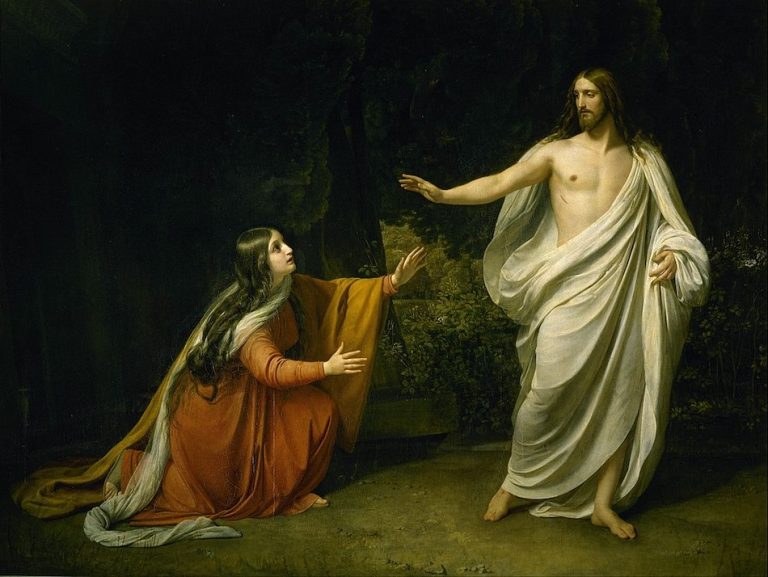 The birth and death of Jesus are recorded as significant events in history. His life has been studied and researched intensively by many historians, scientists, and other learned people. Their intent is to learn how his story unfolded and to reveal the truth. Our modern calendar, the Gregorian Calendar, is based on the moment of his birth and highlights how important his life and death are to humankind.

Calendars and diaries are sold around the globe with marked dates for Easter. The time and date of the actual crucifixion of Jesus and his resurrection coincided with the Anglo-Saxon and Pagan tradition of celebrating Spring and fertility, which was also called Easter.

The resurrection of Jesus is one of the most joyous moments of our time. From when it happened until today, it continues to be a cheerful day for everyone. It’s not surprising that the two festivals merged to become one. Modern-day celebrations of Easter involve rabbits, which are linked with fertility, the decorating of eggs or making sweets in the shape of an egg, which represents new life, and enjoying delicious hot cross buns, representing the death and resurrection of Jesus.

Good Friday is a public holiday and no shops are open. It is a day for Lent, where people abstain from eating meat. Why don’t people eat meat on this day? Usually, fish is chosen in place of meat. Christians have a belief that on the sixth day, Friday, God created the animals. Jesus was also said to have been crucified on a Friday.

In the Hebrew scriptures, there is a story about Leviathan, a primordial gigantic whale that was living in the sea, an enigmatic sea-creature that represents death. The fish-like creature was known as Leviathan. It may have seemed appropriate to people to eat “death” instead of animals on the day Jesus was killed. As a child, I believed it was so. No killing took place on Good Friday.

The local Jewish leaders were unable to legally sentence anyone to death, since Judea was part of the Roman empire at the time of Jesus. Instead, guards took him to Pontius Pilate, who had been appointed by the Emperor to be Governor over Judea. Pilate questioned Jesus and asked him if he claimed to be King of the Jewish people. One of Jesus’ replies was: “My Kingdom is not from this world.”

Pilate was not Jewish himself and may not have fully understood how the people would react when he sentenced Jesus to death. The Jewish leaders, however, were insistent that he be killed. They did not like the fact that people were calling Jesus a King or that he had many followers.

Before Jesus died, he said: “After three days I will rise.” He was mocked and humiliated and made to carry the huge cross upon which he would be hung when he reached Golgotha, which translates to “place of the skull.” There are many versions of what occurred on the way to Golgotha and how Jesus died on the cross.

The disciples of Jesus supported him through the horrific ordeal and, the next day for them was, according to Luke, a day of rest. Having just seen their Messiah die, they would have chosen to stay inside and out of sight of the Jewish leaders, for they were unsure if they were going to face the same fate.

The Jewish leaders, Chief Priests, and Pharisees were possibly having second thoughts after Jesus died. There were signs and omens showing that wrongdoing had been committed. The land is said to have turned to darkness, there were earthquakes, and the veil in the temple that symbolized the separation of God and man was torn from top to bottom.

The leaders approached Pilate to ask that guards be posted at the tomb where Jesus was buried in order to make sure he would not come alive again. No one could enter and no one could leave that tomb, as there was a heavy boulder in place and the entrance was guarded. Neither grave robbers nor Jesus’ disciples could tamper or take anything from the site.

In modern times, on the Saturday before Easter, many people may attend Church activities. And while this day is a holiday, some shops are still open. Most people are doing some kind of recreation. People are generally camping or sight-seeing somewhere on a trip away, and in general, everyone is resting and taking a break from work and other duties. Children are enjoying their rest away from school and eagerly waiting for tomorrow.

Sunday is the day the Easter Bunny arrives with chocolate eggs or chocolate in the shape of a rabbit. Miraculously, chocolate will appear by their beds in the morning or there will be many chocolate eggs hidden in the backyard or other surroundings. Easter Sunday is a day of joy!

I’m sure if Jesus’ disciples had chocolate eggs to celebrate with when they saw Jesus was alive on Sunday, they would have enjoyed them. Jesus’ disciples witnessed something amazing and unbelievable, but it was real. Mary Magdalene and Mary, the mother of Jesus, went to the tomb to anoint Jesus’ body. As they came to the tomb, a violent earthquake shook the ground and the heavy stone by the tomb. An angel appeared like lightning and wearing snow-white clothes. The guards were spooked and froze like dead men.

The angel sat on the stone that had fallen away from the entrance of the tomb and explained to the two ladies that Jesus had left and was not inside. Both of them looked inside and all they saw was the clothes that Jesus wore before he was buried folded neatly inside. The Angel gave them instructions to tell the others along with where to meet Jesus. They left to tell other disciples and on their way, they met up with Jesus. The guards ran away to the leaders and they were paid to tell a lie that Jesus’ disciples had carried the body away.

Jesus appeared for 40 days. During this time, his disciples observed him and they saw clearly that he was their King. He was who he claimed himself to be. They noted his body was no longer the same as before he was buried. He had the ability to walk through walls, but he could be touched and he did let people touch him.

This is the story behind what we know today as Easter. We take part every year according to how we ourselves believe, true to our human nature and understanding. Religions have a church service or activity. Jesus asked his disciples as he broke bread with them to remember his death with bread. Maybe he meant to do so with food and coming together for a feast. Sunday is a day to rejoice. While we eat chocolate and enjoy a Sunday feast with friends and family, we can give thanks. Colored eggs can also be made as decorations, and cards are now sent by mail with a message that says: “Happy Easter!”