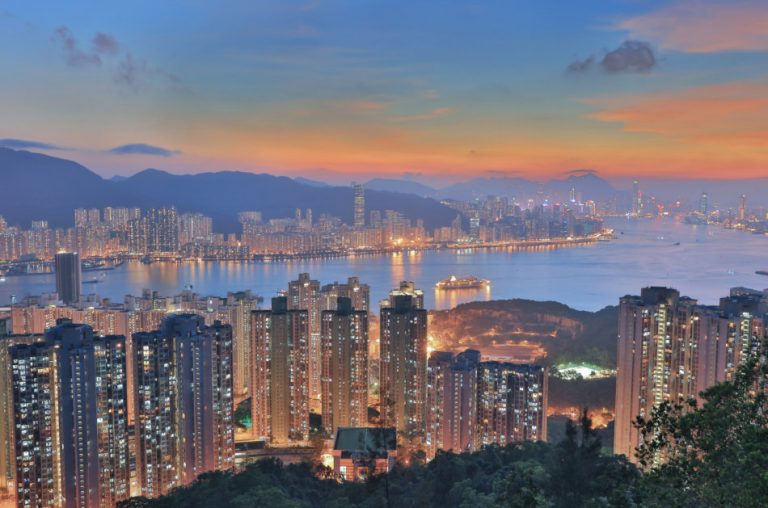 July 1, 2021, marks the first anniversary of the implementation of the National Security Law in Hong Kong. (Image: Seaonweb via Dreamstime)

The political turmoil on the island of Hong Kong is getting more intense with time. In a new development that has caused a stir in international circles, the Hong Kong government expressed its disapproval of the usage of a British travel document. It asked as many as 14 countries not to accept the British National Overseas passport (BNO). A lot of Hong Kong residents, especially the younger ones, use this passport to get working holiday visas in different countries.

This is not the first time the Hong Kong government has raised a ruckus over the British National Overseas passport issue. Earlier in January 2021, Britain came up with a visa plan by which Hong Kong residents who hold a British National Overseas passport and want to leave the Chinese-ruled territory can avail themselves of full citizenship in the UK. This was offered after Hong Kong passed the much-debated National Security Law in 2020. Since Hong Kong passed the law, the Chinese Communist Party (CCP) has been tightening its control over the neighboring island. Hong Kong’s National Security Law allows them to take suspects to mainland China for trials.

The latest move by the Hong Kong government has not gone over well with the British Foreign Office. A spokeswoman said: “The Hong Kong government has no authority to dictate which passports foreign governments recognize as valid. The UK will continue to issue British Nationals (Overseas) passports which remain valid travel documents,” (Reuters). It is estimated that 3 million residents in Hong Kong either hold the BNO document or are eligible for it.

Many countries will accept the British National Overseas passport as legitimate

It is likely that most of the countries that have signed agreements with the Hong Kong government may not pay heed to the move. The government officials in countries like New Zealand, Italy, Sweden, South Korea, and Italy said they will regard the British National Overseas passport as a valid document for issuing visas.

The British government said it is serious about fulfilling a moral, historic commitment made to the people of Hong Kong. It said the British National Overseas passport allows Hong Kong residents to study, live, and pursue jobs in the UK. They can also apply for British citizenship after a period. Britain handed Hong Kong back over to Chinese rule in 1997. However, the handover was done in exchange for a promise of autonomy.

The latest move by the Hong Kong government has received a backlash from many human rights groups on social media platforms. Chief Executive and founder of Hong Kong Watch Benedict Rogers said in a tweet: “Outrageous and wrong. The UK must mount a counter-initiative to ensure governments don’t listen to #HongKong regime’s nonsense.”

As Beijing has been trying to tighten its grip on Hong Kong, the voices of dissent have become louder. The city has undergone a series of pro-democracy protests since 2019. However, the CCP retaliated by imposing the National Security Law and imprisoned many of the activists. It remains to be seen where this diplomatic fallout over the passport will land.