Scuba Diving in the Underwater City of Baiae 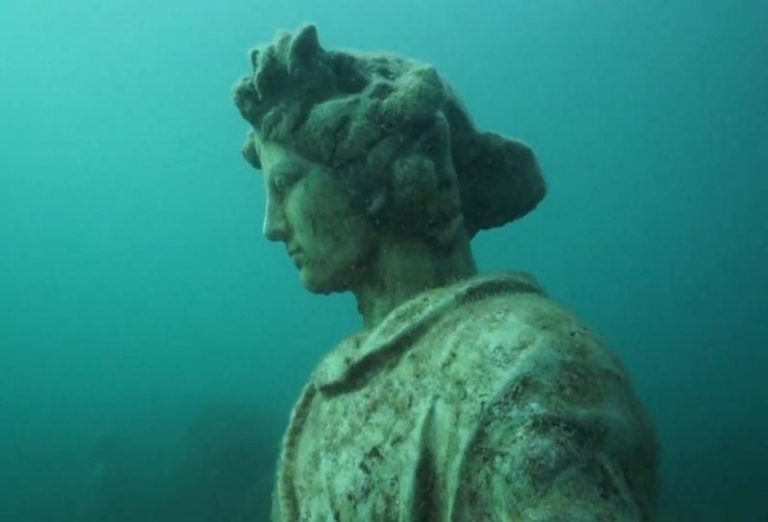 The Roman city of Baiae was the hedonist Las Vegas of the time, but now its remains are partying beneath the waves. (Image: via History Daily)

Head to the Gulf of Naples in Italy where you can see the remains of a Roman city called Baiae that was lost to the sea. There is hardly anyone interested in history and archaeology who has not heard about the mythical underwater city of Atlantis. There are many theories regarding the origin of the city, which has yet to be found. However, it is possible to get a good idea of what Atlantis would have looked like when you see Baiae.

The Roman city of Baiae

The Roman city of Baiae was the hedonist Las Vegas of the time, but now its remains are partying beneath the waves.

A prominent resort city for centuries, Baiae catered to the recreational whims of the rich and powerful among the Roman elite. The city, which was located over natural volcanic vents, was famous for its healing medicinal hot springs that occurred all around the city and were quite easy to build spas over. Some of antiquity’s most powerful figures — such as Nero, Cicero, and Caesar — were known to have visited the city and a number of them actually built permanent vacation villas there.

Unfortunately, the good times were not to last and the city was sacked by a Muslim army in the 8th century. By 1500, the remains of the formerly luxurious town were abandoned. After the city’s remains were emptied, the water level slowly rose due to the same volcanic vents that were once a draw to the area, and most of the ancient ruins were drowned under the shallow waters of the bay.

Today, the ancient remains of Baiae can be visited in one of the world’s few underwater archaeological parks. Visitors can view the crumbled structures and amazingly preserved statuary of the city through glass-bottomed boats, snorkeling, or even scuba diving, which allows people to actually swim among the copious ruins. While the city is no longer a resort, its waters still hold wonders.

While the park is a marine protected area, tourists can still explore selected parts of the underwater city. In fact, there are eight dive sites in the underwater archaeological park with several located in close proximity to one another. The dive sites are as follows:

Exploring the remains of the ancient city underwater can be a truly enchanting experience. However, it is recommended that you dive in a small group to ensure your safety. Here are a few facts to keep in mind.