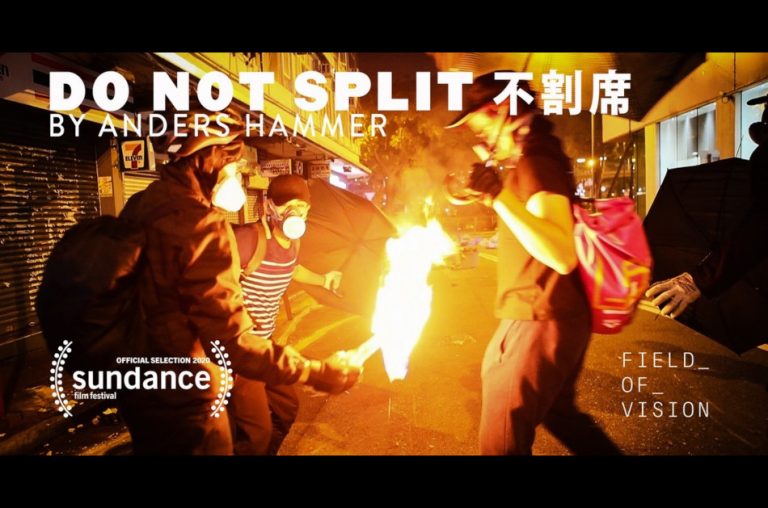 'Do Not Split,' a documentary covering the Hong Kong protests against the Chinese government, received an Oscar nomination for best short documentary. (Image: via FIELD_OF_VISION)

The fact that the Chinese communist regime wants to ban the Oscars broadcast later this month is nothing new. China is no stranger to being subjected to criticism from other countries for its dictatorial and aggressive policies on media services. The ruling Chinese Communist Party (CCP) bans many popular online services and apps in the country. It has also axed many foreign TV services and livestreaming events from broadcasting in its territory. Now it seems that the Chinese government is gearing up to ban livestreaming the Oscars broadcast scheduled for April 25, 2021. According to the latest updates, the Chinese government has asked media outlets in the country to cancel live broadcasts and limit coverage of the event.

This development took place after a documentary covering the Hong Kong protests against the Chinese government got a nomination for an Oscar. It is quite well known that the Chinese government is dealing with the sovereignty and democratic rights of neighboring Hong Kong in a way that has drawn widespread criticism from other countries. Its diplomatic relations with many countries are at an all-time low. Therefore, the 93rd annual Academy Awards may not be broadcast live in the country.

Why the CCP wants to ban the Oscars broadcast

The documentary that has caused the reaction to want to ban the Oscars broadcast is named Do Not Split. It got a nomination in the best short documentary category. The film shows the anti-Beijing demonstrations that took place in the middle of 2019. It also shows China’s aggression toward the former British territory. The film was directed by Anders Hammer, a Norwegian video journalist. The Chinese government, which is notorious for its media censorship practices, has lashed out at the film already. However, in the last couple of years, two Chinese streaming services, namely Mango TV and 1905.com, have not broadcast the Academy Awards ceremony live.

Ever since the coronavirus-induced pandemic spread around the world, the U.S. and other countries have been vocal about China’s policies and moves. This has affected the release and reception of Western media content in China, including Hollywood productions. Disney’s live-action remake of Mulan, based on a Chinese folk tale, was deemed a winning contender in China. However, its depiction of Chinese culture led to a huge backlash. Paul W.S. Anderson’s Monster Hunter also faced the wrath of the Chinese social media, leading to the producer editing out a line containing some racist dialogue.

The Chinese government-controlled media outlets have also lambasted the documentary. Global Times, a state-run tabloid, is one of these. It said that the film does not deserve an Oscar as it is not artistically shot and contains biased political views. It also referred to the views of the Chinese movie industry observers.

Anders Hammer, the Norwegian journalist who directed the film, said in a statement that he is not surprised the Chinese regime wants to ban the Oscars broadcast because of his film. He thinks it is a natural reaction on the part of the Chinese authorities. He told the Hong Kong Free Press: “This alleged censoring of the Oscars due to our documentary being nominated is unfortunately not a big surprise after witnessing how freedom of speech and freedom of the press is being drastically curtailed in Hong Kong.” He further added: “Sadly the situation there is deteriorating right now, and we see activists and pro-democracy politicians risking many years in prison charged under the new draconian national security law.”

The documentary is 35 minutes long and it shows the anti-Extradition Law demonstrators and the reaction of the Chinese Communist Party, leading to the formation of the much-criticized, draconian National Security Law. Incidentally, although the movie has made the CCP see red to the extent that it wants to ban the Oscars broadcast, it has become quite popular on online platforms. On Vimeo, it has garnered over 81,000 views. It has also been screened at the New Orleans Film festival.