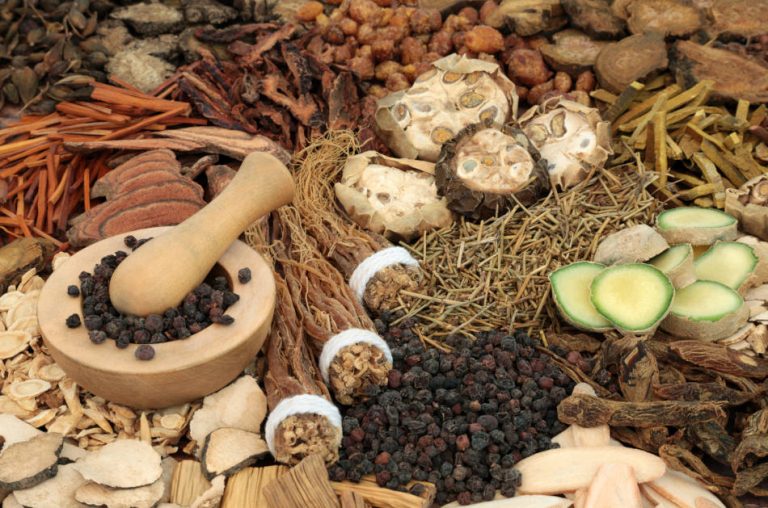 Ancient Chinese doctors were indifferent to fame and fortune, did not care about their gains and losses, and took saving people as their lifelong career mission. (Image: via Dreamstime.com © Marilyn Barbone)

The ancient Chinese doctors Dr. Zhu and Dr. Ge recommended each other in the Yuan Dynasty (See Part 1). Similarly, Dr. Li and Dr. Wang gave each other credit in the Song Dynasty.

There were two famous doctors in Fuzhou, Jiangxi; one was surnamed Li and the other Wang. Both had extraordinary medical skills and noble medical ethics. A wealthy man in Chongren County, Fuzhou, became ill. He asked a messenger going to the city to invite Dr. Li to treat him. The patient said he would give a large amount of money as a gift if he recovered from his illness. But after 10 days of treatment, the patient’s condition didn’t get better. In desperation, he resigned from the patient’s family and suggested they ask another doctor to treat him. Dr. Li said: “Perhaps only Dr. Wang can cure it.” At that time, the two doctors had comparable medical skills, so the patient’s family went to ask Dr. Wang.

When Dr. Li was walking home, he happened to meet Dr. Wang. He told him about his treatment process in detail. After hearing this, Dr. Wang said in embarrassment: “Compared with your medical skills, I am far behind. Since you have failed to cure it, it will be useless if I go. So, how about we go treat it together?” Dr. Li replied: “I will not go. I have already checked the patient’s pulse and prescribed the right medicine. There was nothing wrong with it, and yet I have failed to cure the patient for such a long time. It may just be my own misfortune. By the way, I still have some medicine here. Since you’re going, take it with you. As long as you continue the treatment with this medicine, it will cure the patient’s disease.”

Dr. Wang always respected Dr. Li, so he did what he was told. He went ahead with the process of boiling the restorative materials into a decoction for the patient to take. In just three days, the rich man was healed.

According to what the patient’s family had promised before, they would give Dr. Wang the money, but he wondered how to deal with it. He intended to give half of it to Dr. Li, but he refused and said: “I can’t take this money. With your efforts to cure the disease, you deserve to get the money. How can I accept the family’s thanks?” In the end, Dr. Wang failed to convince him to accept the money. Even 10 years later, the fact that the two doctors were courteous to each other over the matter was still widely circulated and praised in the local area.

Ancient Chinese doctors did not care about gain or loss

Dr. Li failed to cure the patient’s disease, but he did his duty as a doctor. He did not care about personal gain or loss and did not take any credit for himself, which is very rare. Although Qian Yi, a famous doctor in the Northern Song Dynasty, healed a disease that the imperial doctors could not cure, he still gave the credit to other doctors, which is even rarer.

During the reign of Emperor Shenzong, Zhao Ji, the emperor’s ninth son (who was crowned as the Lord of the Kingdom of Yi later), often had convulsions that the imperial doctors could not treat. The eldest princess went to the emperor and asked him to send for the folk doctor Qian Yi to treat him. As a result, Qian healed the prince’s illness with a prescription he called “Yellow Soil Soup.” When the emperor summoned him and asked dubiously: “This ‘Yellow Soil Soup’ can cure diseases?” Qian said respectfully: “By utilizing soil to conquer water, if the water stays stable, the evil wind will stop by itself.” Then he added: “Actually, the imperial doctors had almost cured it, and I just happened to arrive along with the prince’s recovery.”

Qian healed the prince’s disease, but he gave others credit, which led the emperor to admire him for his honest and humble behavior. Later, the emperor promoted him to be a fourth-ranking imperial doctor and gave him an official purple uniform.

In the Ming Dynasty, Shen Yiqian, a little-known healer, became an imperial doctor on the recommendation of Jiang Yongwen, the Director of the Imperial Academy of Medicine (IAM). Jiang had spent some time studying Confucianism. He was old-fashioned and refined with good medical ethics. Jiang himself had also been recommended by Dai Sigong, the former Director of the IAM, to become an imperial doctor. Later, Jiang got promoted to the Deputy Director of the IAM and then became the Director. The emperor valued him very much and conferred upon him the posthumous title “Gong Yi” after his death.

When Jiang was seriously ill, the emperor sent someone to ask him: “After you die, who can replace you?” He immediately wrote the name “Shen Yiqian.” At that time, Shen was just an ordinary healer. Under Jiang’s recommendation, the emperor made Shen an imperial doctor. Later, facts proved that Shen was indeed a talented and virtuous doctor. After Jiang’s death, the emperor kept saying: “Jiang knew people well, and Shen did not disappoint his recommendation.”