The Porcelain Bowl: Perfection Is in the Eye of the Beholder 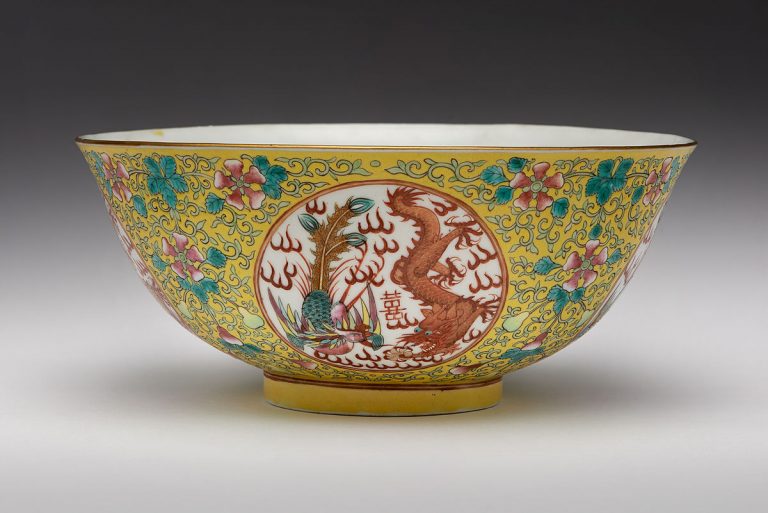 Lao Liang needed money, so he wanted to sell his yellow porcelain bowl, which was a family heirloom. (Image: . Peabody Essex Museum via wikiedia CC BY 3.0)

The following story shows how perfection is in the eye of the beholder. Lao Liang needed money, so he wanted to sell his yellow porcelain bowl, which was a family heirloom. Once the news got out, an antique dealer came to his house. The dealer looked at the bowl for quite a while and said: “It is a good piece, but it is a shame there is a chip on the lid.” Lao Liang said: “Let’s get to the point, how much would you offer?”

The antique dealer said: “If it was perfect, it would get 100 coins.  Now that it has a chip on the lid, it is worth 70 coins.” Lao Liang shook his head because he did not want to sell the bowl for that low price. A few more antique dealers came by to see the bowl afterward, but their offers were less than the first one because of the chip on the lid.

One day, his friend, Li Shih came over to chat and the porcelain bowl was mentioned. When Li Shih became curious to see the precious bowl, Lao Liang showed it to him. Li accidentally dropped the lid and broke it into many pieces. Li’s face became pale. Li said: “I am sorry. I’ll pay for it.” Lao Liang said: “Don’t worry about it.” Still, Li was embarrassed and anxious, so he left soon after the incident.

Li went home and started to arrange the money to pay for the bowl.  A week later, Li gathered 50 coins and went to see Lao Liang. Lao Liang grabbed Li’s hand and said: “I was about to see you, but here you are!”

Li said: “I am sorry. It took me so many days to collect 50 coins and I don’t know if it is enough or not.” Lao Liang pushed the money back: “Don’t mention it. What payment? Let’s go and I’ll buy you a drink.”

Perfection is in the eye of the beholder

Li was uncomfortable after hearing that:  “You mean that is not enough?” Lao Liang patted Li’s back and said: “I need to thank you for breaking the lid.  Someone came that afternoon and bought the bowl and he offered me 120 coins!” “But with a lid, you could have gotten more,” said Li. Liang said: “Nonsense, everyone complained about the chip on the lid.  It was good that you dropped it. When the dealer left my house, he kept saying: What a perfect bowl! What a perfect bowl!” Which goes to show that perfection really is in the eye of the beholder.