How Is Tea Made and What Are Its Amazing Health Benefits? 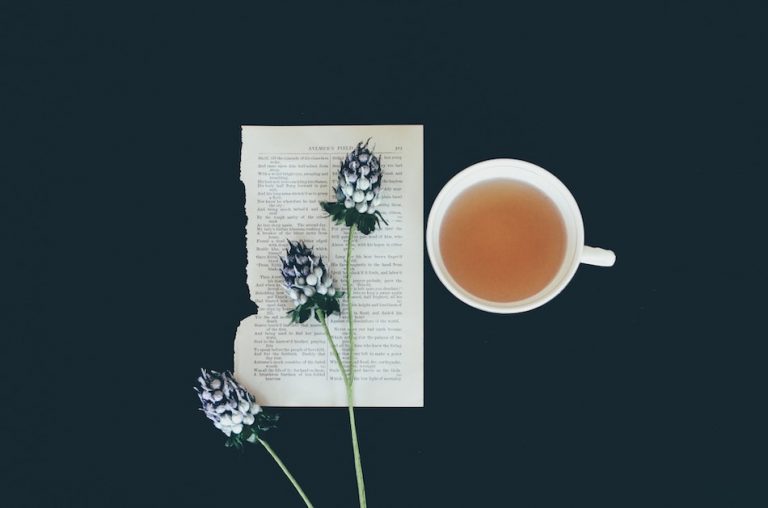 A journey into the world of tea. (Image: Debby Hudson via Unsplash)

Tea aficionados may be surprised to learn that all tea (which doesn’t include herbal teas or tisanes) comes from just one plant — the Camellia sinensis bush. While visiting the Charleston Tea Garden in South Carolina last summer, I discovered that it is the way the leaves are processed that creates different types of teas.

How tea is made

The quality and flavor of tea, much like wine, are affected by the environment in which it’s grown. The plants typically do best in higher elevations, with generous rainfall and acidic, mineral-rich soil. And while tea is grown in more than 30 countries, the majority comes from just a few places: China, India, Sri Lanka, Kenya, and Indonesia.

Tea is one of few crops still harvested primarily by hand. Hand-picking protects the delicate leaves from bruising and allows only the best leaves to be used in the tea-making process. While machines are sometimes used today, they produce a far inferior product.

Though there are hundreds of types of tea, only six categories of “true” tea are generally recognized: white, green, oolong (pronounced wu-long), black (known as red in China), and the lesser-known yellow and pu-erh (pronounced pooh-ur). Blends and herbal teas, which are made from flowers, roots, plant leaves, or barks, make up the rest and are considered “infusions,” or tisanes.

The orthodox process begins with leaves being dried in a well-aerated 12-to-18-hour process called withering. Withering removes about 50 to 60 percent of the leaf’s water content, making it softer and more suitable for the rolling process.

It is oxidation that creates different types of tea. Basically, green tea isn’t oxidized, white tea is oxidized approximately 1 to 10 percent, oolong tea is oxidized 10 to 85 percent, and black tea is oxidized 100 percent. Yellow tea is processed similar to green tea, but includes a step in which the leaves sit while damp, causing slight oxidation, while pu-erh is fermented with microbes such as yeast.

Tea has been valued for thousands of years in the East for its health benefits, and the West is finally beginning to recognize these as well.

Black tea helps protect against stroke and cigarette smoke damaging the lungs, while white tea has some of the most potent anti-cancer properties. Oolong and pu-erh teas help lower bad cholesterol, while pu-erh tea may help prevent weight gain.

In traditional Chinese medicine (TCM), it’s said you can go a day without food, but not a day without tea. While not a common notion in Western medicine, TCM believes the body needs a balance between cooling and warming. Tea has the amazing ability to both warm and cool the body, bringing it back in balance.

Blemishes, for example, are an indication of too much internal heat, so a cooling tea, such as green or white, should be used. Poor digestion is an indication of the body being too cool, so a warming tea, such as black or pu-erh, is best. As a general rule, green tea is best in summer and black in winter, while green tea is best for the young and black for the elderly.

Enjoy a cup of tea (or two)

White tea, one of the most sought after, is enjoyed by aficionados and novices alike. Delicate and minimally processed, it has a mild flavor with fruity, floral undertones. As such, it is a good option for the tea novice. According to Sencha Tea Bar, two of the most popular varieties are silver needle and white peony.

Green tea, which is typically pan-fried in the traditional Chinese method, has a roasted, nutty flavor, while Japanese matcha teas, which are produced by grinding green tea leaves into a fine powder, have a herbaceous flavor, with a slight bitterness and sweet aftertaste.

Oolong tea has a floral flavor with a smooth finish. Less-oxidized oolongs tend to have more floral tones, while the more oxidized varieties have a strong, malty flavor.

Black tea accounts for 75 percent of consumption globally. Flavors vary, depending on the region and variety of tea bush. Ceylon tea, grown in Sri Lanka, has notes of chocolate, spice, and citrus, while Chinese black tea has a strong, astringent flavor. The Indian Assam tea has a malty, earthy flavor, while Darjeeling has a floral, fruity flavor.

The lesser-known pu-erh, popular in China, and yellow tea have qualities similar to black and green teas, respectively.

To experience different teas, check your local tea house, shop, or the Internet. You can also try a new tea each month by joining a tea subscription club, taking online tea classes, or even training to become a tea sommelier.

If you’ve never given tea a chance, I hope you will, and if you knew a little about it before, I hope you’re inspired to explore it further.