Qubits Composed of Holes Could Be the Trick to Build Faster, Larger Quantum Computers 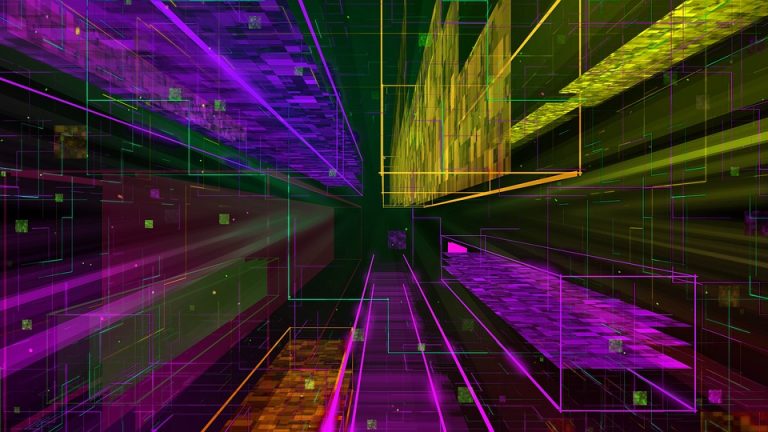 A new study demonstrates a path toward scaling individual qubits to a mini-quantum computer using holes. The study identifies a 'sweet spot' where the qubit is least sensitive to noise (ensuring longer retention of information) and simultaneously can be operated the fastest. (Image: via Pixabay)

A new study indicates that qubits composed of holes may be the solution to the operational speed/coherence trade-off, potentially scaling up qubits to a mini-quantum computer. Quantum computers are predicted to be much more powerful and functional than today’s “classical” computers.

One way to make a quantum bit is to use the “spin” of an electron, which can point either up or down. To make quantum computers as fast and power-efficient as possible we would like to operate them using only electric fields, which are applied using ordinary electrodes.

The fear of quantum-computing researchers has been that when this interaction is strong, any gain in operation speed would be offset by a loss of coherence (essentially, how long we can preserve quantum information). Associate Prof. Dimi Culcer (UNSW/FLEET), who led the theoretical roadmap study, said:

“If electrons start to talk to the electric fields we apply in the lab, this means they are also exposed to unwanted, fluctuating electric fields that exist in any material (generically called `noise’) and those electrons’ fragile quantum information would be destroyed.

“But our study has shown this fear is not justified. Our theoretical studies show that a solution is reached by using holes, which can be thought of as the absence of an electron, behaving like positively charged electrons.”

In this way, a quantum bit can be made robust against charge fluctuations stemming from the solid background. Moreover, the “sweet spot” at which the qubit is least sensitive to such noise is also the point at which it can be operated the fastest. Dimi said:

“Our study predicts such a point exists in every quantum bit made of holes and provides a set of guidelines for experimentalists to reach these points in their labs.”

Reaching these points will facilitate experimental efforts to preserve quantum information for as long as possible. This will also provide strategies for “scaling up” quantum bits — i.e., building an “array” of bits that would work as a mini-quantum computer. Prof. Sven Rogge of the Centre for Quantum Computing and Communication Technology (CQC2T), said:

“This theoretical prediction is of key importance for scaling up quantum processors and first experiments have already been carried out.”

A/Prof Joe Salfi, of the University of British Columbia, said:

“Our recent experiments on hole qubits using acceptors in silicon already demonstrated longer coherence times than we expected. It is encouraging to see that these observations rest on a firm theoretical footing. The prospects for hole qubits are bright indeed.”

Provided by: Australian Research Council [Note: Materials may be edited for content and length.]