In Ancient China, Knot Tying Was a Special Art Form 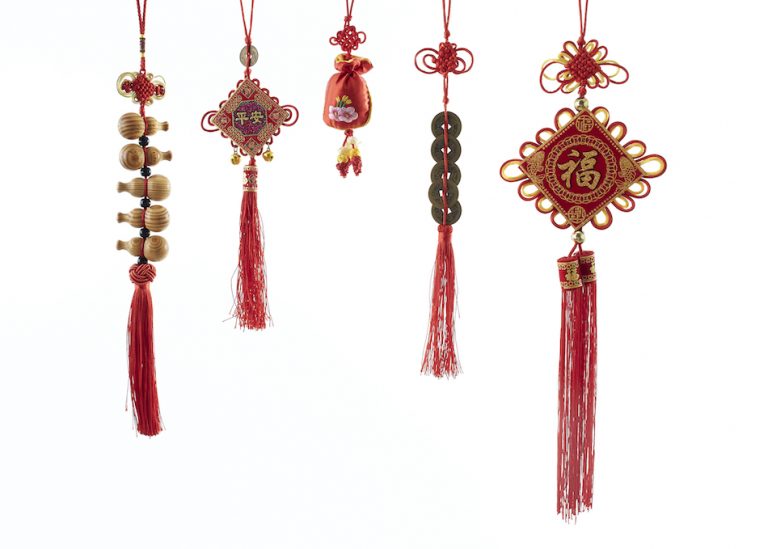 At the beginning of Chinese civilization, people considered a piece of cord as worthy of honor, since the word itself, 繩 (shéng), is pronounced similarly to that for a deity: 神 (shén). (Image: via Dreamstime.com © Pakorn Kumruen)

Beautiful and elaborate, intricate while following simple rules, knot tying is part of China’s 5,000-year history, and prehistoric records attest to their use in recording all manner of important events.

There are a number of Chinese sayings that explain the role of knot tying in ancient China, like “to tie knots in a string for record-keeping” (結繩記事 jiéshéng jìshì), and “to make large knots for big events, and smaller ones for less important events” (大事大結其繩、小事小結其繩 dàshì dàjié qí shéng, xiaŏshì xiaŏjié qí shéng).

At the beginning of Chinese civilization, people considered a piece of cord as worthy of honor, since the word itself, 繩 (shéng), is pronounced similarly to that for a deity: 神 (shén). The character for string also leads Chinese — called the “People of the Dragon” — toward reverence, because the character for string was thought to look like a moving dragon.

Knots have also taken on metaphoric meanings due to their linguistic derivatives: Knot (結 jié) is made up of 絲 (sī) and 吉 (jí), where 絲 (sī) means silk or rope, and 吉 (jí) prosperity, a high social position, long life, luck, wealth, health, and security.

The character 結 depicts a knot. Because of this, it can also symbolize relationships, and it can be extended to connote strength, harmony, and human emotions. These connotations are given concrete reflection in a series of Chinese words that contain the character. For instance: 結實 (jiēshí) “to bear fruit,” 結交 (jiéjiāo) “to make friends,” 結緣 (jiéyuán) “brought together by fate,” 結婚 (jiéhūn) “to get married,” and 團結 (tuánjié) “to unite.”

Owing to the close connection of knots with Chinese culture, the art of knot tying continues to be transmitted as a type of folk culture, and it is highly regarded. This pastime became a regular art form during the Tang (618-907) and Song dynasties (960-1279) and saw its heyday during the middle of the Ming and Qing dynasties (1368-1911), where knots frequently adorned traditional garments.

The art evolved from simply functional uses to decorative elements for festivities — as necklaces, hair ornaments, and pendants. Certain knots, such as the “Lucky Knot,” were used as amulets to keep bad luck away, to avoid misfortune, and to bring good luck.

Chinese knots are fashioned from a single piece of string at least a yard long (meter), and they are made according to established methods, rules, and sequences. The ropes are folded, wrapped, rolled, embroidered, and pulled into fascinating creations. Though some knots may appear supremely complicated and highly artistic in pattern and design, all are made according to 20 basic techniques. True Chinese knots look the same from the back and front.

The name for a particular knot depends on its shape, final use, the location where it was made, and the meaning of the knot. The “double money knot,” for example, gets its name from the two-tiered, old Chinese copper coins. The name “button knot” alludes to its end use (as a button).

The “ten-thousand knot” not only looks akin to the Buddhist wan symbol, which the Chinese often use to represent 10,000, but is also often seen on statues of belt illustrations of the goddess Guanyin, the compassionate Bodhisattva. The “endless knot” is patterned after eight Buddhist symbols, representing eternal rotations from which all things are supposed to originate. This knot represents unending interrelationships and is the basis of many variations.

Over the course of the last century, and particularly since the “New China” under communist rule, this traditional art form has lost its importance. Only during the 1990s did knot-art, as well as embroidery and traditional Chinese clothing, see a revival, and these arts have since made a victorious comeback across the Chinese world.