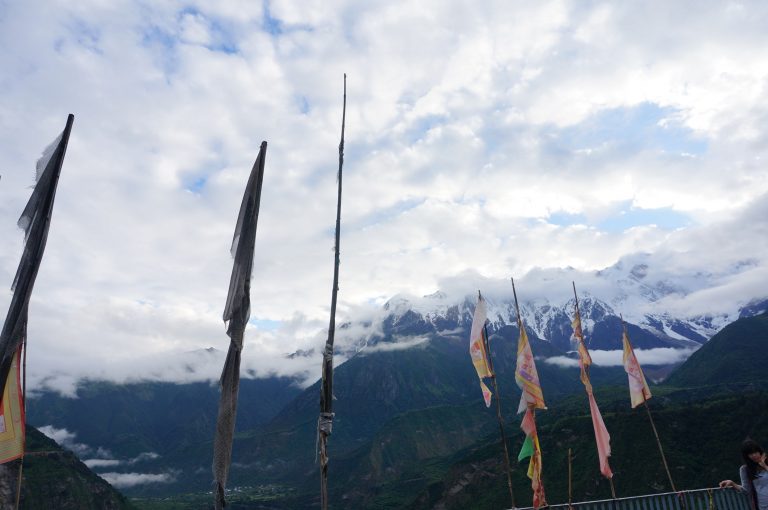 After proposing to build the world’s largest hydroelectric dam on Tibet’s sacred Yarlung Tsangpo River, China has taken a further step by establishing new rules to place Tibet’s Buddhist monasteries and nunneries of the Larung Gar region — one of the largest monasteries in Tibet — under its control. This move is seen by many as an infringement of human rights and the right to religious beliefs.

The Buddhism practiced in Tibet is a combination of the tantric, or the Vajrayāna form of Indian meditation, Mahāyāna Buddhism, and many Tibetan native beliefs. The core belief of Tibetan Buddhism lies in the search for truth and the dharma within oneself. It is a journey of the mind and soul, which makes it different from Western Christian belief systems. Today, Buddhism is the state religion of Tibet and the religion is practiced more as a lifestyle choice, which also made Buddhism popular in many Western countries.

The teachings that form the core of the religion can be divided into four truths that act as guidelines to help the seeker know more about the nature of the sufferings they are facing and understand the causes behind them. These truths then go on to provide enlightenment. Given the nature of the teachings, the Buddhism practiced in Tibet is largely about philosophy, but the inclusion of the tantric aspect gives it a more supernatural aspect. This concept is also seen in their embodiment of every natural element as a supernatural entity, but that also makes Tibetans care for and protect their surroundings.

The meaning of this move

Ever since China forcefully took over Tibet in 1951, Tibetans have constantly shown an active resistance to the communist Chinese government’s developments stating they are destroying the Tibetan culture, traditions, and overall identity of Tibet. This proved to be true as the Chinese government did away with the nominal autonomy it granted Tibet in 2012 and then imposed heavier surveillance and regulations on Tibetans. Taking it a step further, China included Tibet’s Buddhist monasteries and nunneries into the folds of their heavy surveillance.

The Chinese Communist Party has for years suppressed Tibet’s Buddhist monasteries and nunneries in the name of stability and ensuring the maintenance of public order. With the implementation of the new rule, even their physical activities are now controlled by the Chinese communist regime. China claims that this move was made to ensure that proper numbers are maintained with regard to stays at these religious places and to ensure that Tibet’s Buddhist monasteries are managed properly. The monks and nuns are now being told to change their teachings and thought processes regarding their Buddhist practices. They are required to criticize each other and question their ideologies as part of understanding their religion better.

While the repression of Tibet by the communist Chinese regime has always been present, matters have escalated under President Xi Jinping. Although Tibetan Buddhism is the major religion in China, this did not stop the current Chinese government from enacting a demolition and expulsion program in Larung Gar in June 2016, which cut the number of residents there from 10,000 to only 5,000.

The action also made the UN query China about the legality of their move. This move is actually a part of Xi Jinping’s dream of creating a united China and a rejuvenation of China. This recent attempt at Sinicization by Xi further cements his dream of achieving these goals.