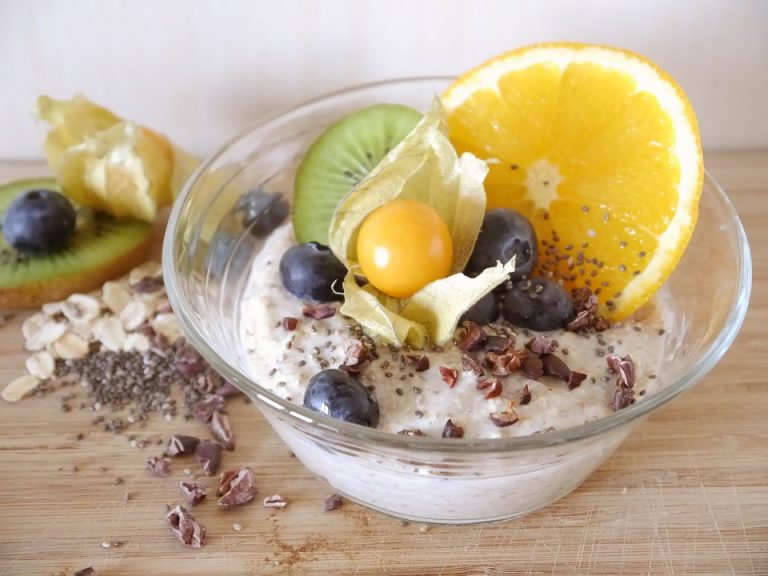 Porridge has a vast amount of properties that can have a huge impact on your health and lifestyle. (Image: via Max Pixel)

Porridge is renowned in traditional Chinese medicine (TCM) for its nourishing properties. The famous Chinese physician Sun Simiao said: “The superior doctor should first adjust the patient’s diet and lifestyle.”

In TCM, pathogen properties like wind, heat, and dampness are considered to be physical influencing factors, which if allowed to accumulate too much, can affect the balance of qi flow in a certain area of the body, eventually leading to physical issues.

Porridge is the perfect aid to dispel dampness in the stomach and help replenish yang qi in the body.

At the end of this article, you will find a delicious porridge recipe.

Effect of seasons on the human body

During the rainy season, the human body is more susceptible to wind and cold.

After three months of winter, vegetation begins to revive as nature’s call into the sunny season grows louder, month by month. The body’s metabolism corresponds to the seasons and slows down during the cold season. As a result, the body’s resistance in certain aspects is lower, relative to other seasons.

As spring approaches, the body’s yang qi increases, and pores all over the body open slightly. As a result, at the end of winter and during spring, whenever it rains and the moisture is mixed with the cold wind, the yang qi in the body is diminished.

In response, a little bit of wind and cold can easily cause old diseases to relapse. Also, because the pores are open, the body’s moisturizing layer evaporates much faster. The result is a dry mouth, dry skin, and itching that often occur more frequently during the months after winter.

There is a difference between moisture and dampness. Think of it like this: You apply moisturizing cream to your skin so it doesn’t dry out and develop cracks. However, think about when your T-shirt gets wet. That wet area would be considered to be damp. If you ever got caught in the rain on your way to school, office, or home, you will know how a damp shirt, mixed with the cold air of an open window or air conditioner, can quickly lead to a cold or cough, even in summer. That is dampness.

In the time when the body is most vulnerable due to its open pores, it is more prone to drawing in and collecting extra moisture and cold, just like a T-shirt when it gets wet in the rain.

Changing your diet and lifestyle has a huge impact on your health. It is very evident in TCM how closely nutrition and lifestyle are connected to physical and mental health.

During the rainy season, you can maintain your health by the following four essential nutritional points:

1. Get rid of dampness and nourish the spleen

In general, during the rainy season, the main objective of one‘s diet is to “eat sweeter and less sour, to nourish the spleen’s qi.”

To achieve this goal, TCM recommends porridge. It improves the stomach’s peristaltic function and helps remove dampness and excess mucus.

Porridge invigorates the stomach and spleen, expelling dampness, and ultimately helps you to lose weight. Beyond that, it promotes yang qi and warms the body.

It is recommended that you eat more foods with liver-soothing properties, which also helps in relieving depression, a common syndrome that can arise when the liver is agitated.

The list of foods is long, but you can start with rose petals and the leaves of the Chinese mahogany (T. sinensis).

To prevent the skin from drying out as mentioned above, you can eat more carrots, millet porridge, and bean sprouts.

While there are season-specific foods that promote health, there are also foods to avoid. In particular, eat less beef, lamb, and hot pot.

4. Keep away from the wind and cold

As mentioned above, the body’s vulnerability during the spring season needs to be compensated by avoiding wind and cold.

Try to stay warm, especially when it’s rainy and windy, by making sure to cover your head and back so as to avoid catching a cold.

To supplement the nutrition and lifestyle changes, you can also massage the following four acupuncture points. This will help you nourish the stomach with qi and strengthen the spleen, which in turn will help you ward off the pathogenic agents that can enter the body during the damp and cold times in spring.

Massaging this point has the following benefits:

Massaging this point has the following effect:

Enjoy a bowl of porridge for breakfast every day.

Translated by Joseph Wu and re-written by Hermann Rohr