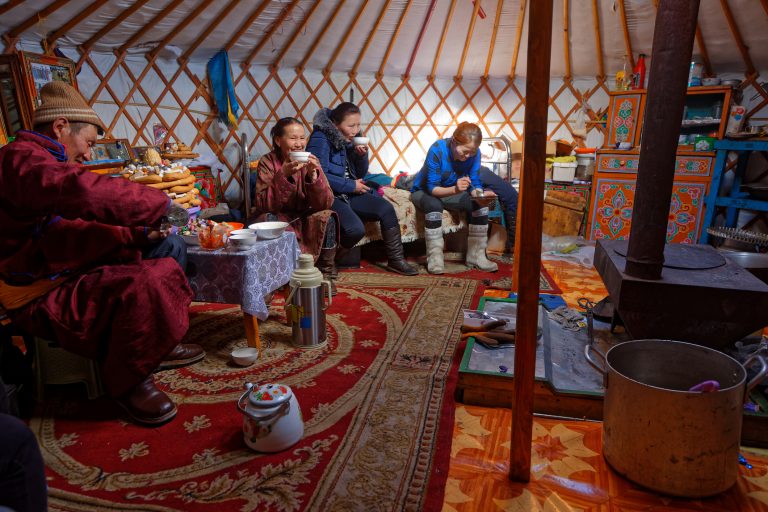 The Southern Mongolia Human Rights Information Center (SMHRIC), a NY-based group, has equated recent actions by Beijing to the cultural genocide of Mongolians. The Chinese Communist Party (CCP) has received widespread condemnation for its Uyghur genocide. But now, The CCP is reportedly taking steps that will eradicate Mongolian-medium teaching in the Inner Mongolia region, which some ethnic Mongolians prefer to call Southern Mongolia.

The SMHRIC said in a statement: “Ubiquitous in the region are political advertisements highlighting the importance of national unity and ethnic harmony, many of which specifically target Mongolian children.” State media in the region, which includes IMRT, have been ordered to stop using Mongolian content entirely. They have been told to use Han Chinese culture-based programs instead. The move has drawn sharp criticism from local communities in the region.

Such developments may lead to the eradication of traditional Mongolian culture. The regional government has stated the schools should not use a number of Mongolian history textbooks. Yang Haiying, an ethnic Mongolian scholar studying at Japan’s Shizuoka National University, said: “When they say the Chinese nation, they are talking about Han Chinese nationalism. All of this talk about allowing Mongolians, Tibetans, and Uyghurs to integrate into the Chinese nation is really about assimilating them. The Chinese government is now unwilling even to allow them to co-exist.”

The SMHRIC said that the CCP is hell-bent on removing traces of Mongolian culture from the education system. Ethnic Mongolian kindergarteners are also being taught in Mandarin over the Mongolian language. Also, beginning in January 2021, Mongolian schools have banned executing extracurricular activities, including clubs.

Defiance from Mongolians is rising

Despite the situation, voices of defiance are being heard. Signs in Southern Mongolia such as “Save Our Mother Tongue” are found on windows and bumper stickers. Coded messages, poems, and songs are circulated through WeChat messages urging fellow Mongolians to never give up — while yearning for the ultimate collapse of the Chinese colonial regime.

Despite authorities outlawing the teaching and learning of Mongolian, volunteers are offering online courses to teach the Mongolian language, history, and culture through social media channels available in the region. Some rally Inner Mongolian parents to send their children to neighboring Mongolia, which is an independent country, to receive an education in Mongolian.

“Life went on for thousands of years without TV,” a Mongolian parent told the SMHRIC, adding that her family and friends unplugged their TVs months ago. “They might take away our culture and language. But they cannot take away our soul and mind. We must overcome this hardship. We believe nothing lasts forever including this difficult time.”