The Ancients Regarded Marriage as the Foundation of Human Relations 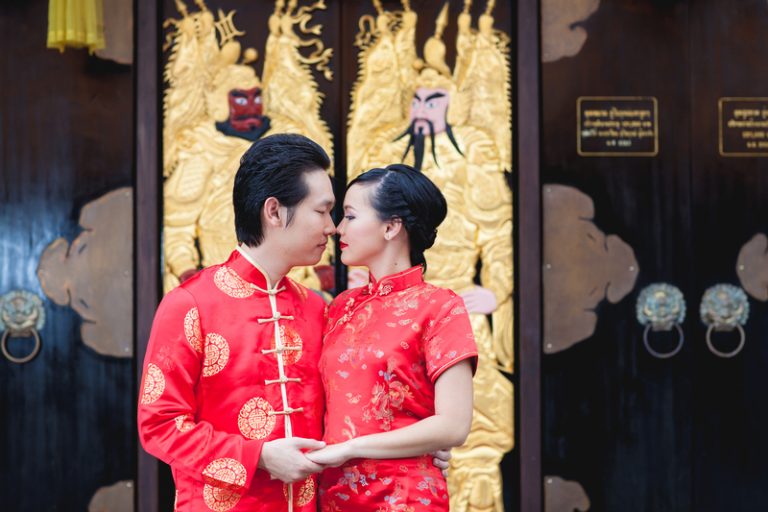 Marriage is the foundation of human relations. (Image: Pigprox via Dreamstime)

Su Dongpo, the great writer of the Song Dynasty, once said: “When a man becomes wealthy, he should not abandon his loyal and faithful wife, even though she loses her good looks.” In this statement, he was referring to his own wife and marriage.

Song Minister, Zi Zhongzi, was a famous minister of the early Eastern Han Dynasty. He was not only known for his virtue and integrity, but also for his handling of the relationship between husband and wife.

After Emperor Guangwu’s accession to the throne, Zi Zhongzi was appointed to the office of Deputy Prime Minister. As an honest official, he was highly regarded by Emperor Guangwu and was later made the Marquis of Xuanping.

During this year, the husband of Princess Huyang, the sister of Emperor Guangwu, passed away. The Emperor wanted to find out what his sister wanted, so he talked to her about the ministers. The Princess said: “Song Minister, Zi Zhongzi is a dignified man of great virtue and talent, and there is no other minister in the dynasty as comparable.” Emperor Guangwu replied: “Let me take care of it!”

Later on, Emperor Guangwu summoned Zi Zhongzi and seated Princess Huyang behind a screen. Emperor Guangwu said to his minister: “As the saying goes, when a man is rich, he changes his friends, and when he becomes rich, he changes his wife. It’s human nature, right?” The minister said: “I have heard that a poor friend cannot be forgotten, and a wife who is not well off does not go to the hall.”

This means that friends made in times of hardship must not be forgotten, and wives who have shared marital hardships must not be abandoned. When Emperor Guangwu saw that the relationship was so strong he had to abandon the idea.

He politely and courteously let the Emperor know that he was not parting with his loyal wife of many years who shared many hardships during their marriage and difficulties in times of poverty.

Yanying, also known as Yanzi, was a famous intellectual and diplomat in the Spring and Autumn Period. When Emperor Qi Jinggong came to power, Yanzi was highly regarded by Jinggong.

One day, when Qi Jinggong was a guest at Yanzi’s house, after he drank a lot of wine and saw Yanzi’s wife by chance, he asked Yanzi: “Is that your wife?” Yanzi replied: “Yes.”

Jinggong smiled and said: “Hehe, old and ugly! I have a daughter who is young and beautiful, why don’t you marry her?”

Upon hearing this, Yanzi stood up respectfully, left his seat, and saluted Jinggong: “Your Majesty, although my wife is old and ugly, I have lived with her for a long time and have naturally seen her in her youthful and beautiful days. As a wife, you are supposed to entrust your youth and beauty into your old age.

“When she was young and beautiful, my wife entrusted me with her life, and I accepted her in marriage. I have been with her for so many years. Although the King has rewards, how can Yanying break the promise he made to her when she was young?”

So Yanzi bowed twice and thanked Jinggong, When Jinggong saw how much Yanying valued the relationship and the marriage between husband and wife, he stopped talking about it.

Another time, when Tian Wuyu advised Yanzi to divorce, Yanzi said: “I have heard that the repudiation of an old wife is called rebellion; taking a young and beautiful concubine is called lewdness; forgetting righteousness in the face of lust and forsaking morality when one is rich is called rebellion. Yanying would not behave in a disorderly manner, disregarding morality and rebelling against the ways of the ancients.