After Curiosity, Perseverance Is All Set to Look for Ancient Proof of Life on Mars 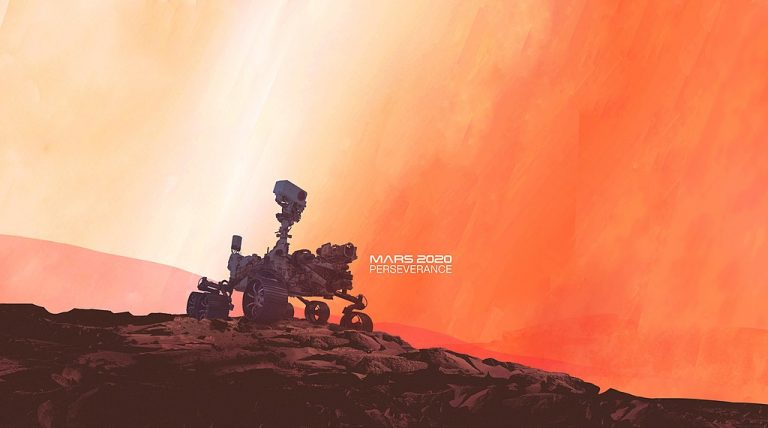 The thought of being the only planet with life is often daunting. As more knowledge about the vastness of the universe is garnered, we feel more alone as a life form. If we consider the Oparin-Haldane hypothesis concerning the conditions necessary for the development of life on Earth, it may be quite possible that similar conditions once existed on other planets. Thus, being hopeful about possible life on Mars is not a fool’s journey.

NASA has always probed into the possibility of life on Mars along with finding solutions to making the planet more habitable. This endeavor has spurred them to send rovers to the red planet to further their research and come up with hypotheses and solutions.

Rover Curiosity was launched in the year 2011 with the objective to study a particular area — the Gale Crater — to find possible proof of microbial life and also to study the geology and climatic conditions of Mars. As of today, Curiosity is still operational and happily roaming the Martian territory, sending images and data. After her success, Curiosity was joined by Perseverance in February 2021.

Perseverance, aka ‘Percy,’ to look for life on Mars

Built on a framework similar to Curiosity, the new rover is heavier as it has to carry an additional load: a mini-helicopter named Ingenuity (Ginny) to join Curiosity in the search for ancient life on Mars. Apart from Ginny, Perseverance also carries seven primary payloads, two microphones, and twenty-three cameras. This makes Percy’s total weight 2,260 pounds compared to Curiosity’s 1,982 pounds.

A week after landing, Perseverance took a small trip on the Martian land, traveling for about 33 minutes. This might seem like a small trip on Earth, but NASA says that this first journey by Percy is a significant step in uncovering more of Mars’ history. This also served as a way to test the drive system as mentioned by Anais Zarifian, the Perseverance mobility testbed engineer. She feels confident that the drive system controlling perseverance is in superb condition and will lead astronomy in new directions.

Coming to the landing site, Perseverance made base in the Jezero Crater, which is believed to once have contained water. Where there was once water, there is the possibility there was once life on Mars of some order. Apart from searching for ancient proof of elements and looking for microbial life forms, Percy is also tasked to check the oxygen production on the planet. This data will be crucial for a future manned crew to the planet.

The crater that was the rover’s landing place, unofficially renamed after a famous Black author Olivia Butler, is believed to have been a pool of liquid once. With this discovery, the scientists at NASA are sure to find some form of life on Mars. The two microphones carried by Perseverance will also tell us what Mars sounds like. Each place has a distinct smell, sound, and view. While capturing the smells will have to wait, Perseverance should have the sight and sound section well in hand.

The helicopter Ingenuity is going to do aerial surveys and map a proper route for Perseverance to travel without any issues. Perseverance also will be collecting soil samples from the planet to bring back home for further studies. The mission, Mars2020, is a benchmark for both science and technology, and various aspects are checked with the rover-helicopter duo surveying the red planet. Many upgrades from Curiosity are also subtly seen in the rover as technology that was not possible in Curiosity’s time has become a reality in 2020. This further contributes to the increased chances of success for the rover Perseverance.

Percy is still feeling its way around the planet and taking it slow when it comes to venturing out and surveying the land. Some initial testing like the workings of the robotic arms and software updates are still being conducted, but all looks good with the rover and its payload. Perseverance is sure to make some significant discoveries that will help us Earthlings know more about neighboring Mars and whether there may be life on Mars.