Tablets and Learning, the Positive Impacts on Children 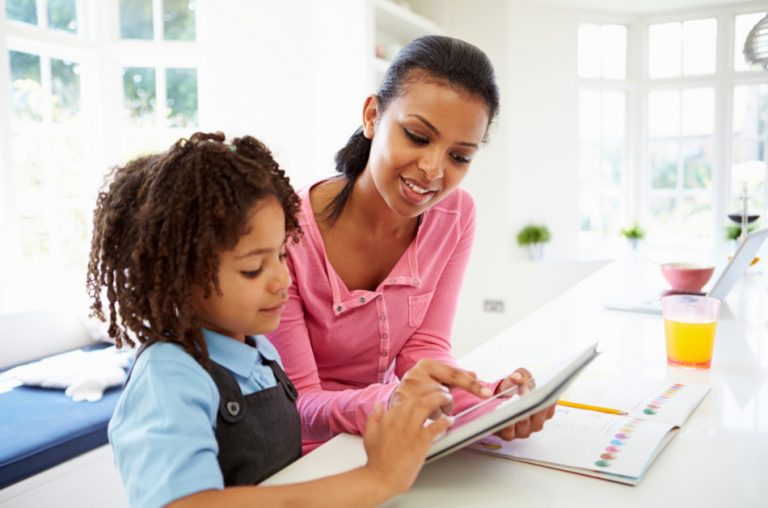 Once you are ready, you can look at your child's homework. That will make it easy to tackle. (Image: Monkey Business via Dreamstime)

People born before the age of the Internet or the Internet boom often refer to the good ol’ days of being outside with friends, playing, and learning about life from nature. Children born today are more comfortable using a smartphone than spending time outdoors. It is not uncommon to pass by a 5-year-old engrossed in a tablet. While, at first, you might feel that the mental development of the child is being hampered and the child is an example of bad parenting, you need to look at the other side of the coin too. Based on how parents choose, a tablet or any gadget can be used to help a child develop their mental abilities better.

While the negative aspects of technology on children have been widely discussed, there are very few studies that have been conducted to test the positive impact of tablets and technology on children. One of the few conducted did report increased literacy development, self-efficacy, and the ability to solve problems better (Herodotou, 2017). Another study conducted has highlighted that children who are using educational apps often exhibit a higher ability to memorize the alphabet and often start writing at an early age (Neumann & Neumann, 2013).

Touchscreen devices are easy to operate by children between 2 and 5 years old. They are still at an age where the world makes sense via touch. Their responses to stimuli are the way they make order of the world. Hence, with this sense of touch, a child can learn basic literacy concepts better. Teaching a child to track time, learn their numbers, or even read a poem is easier with apps that make creative and visually appealing content for children. The power of an animated video is much stronger than listening to a person reciting the same information.

Other positive impacts that have been reported

A study conducted by Cornell University has found that the current generation has a higher IQ than the generation before them. The reason is simple. With a tablet and the Internet, this generation can access information within seconds. This also increases a child’s desire to know more.

Many apps are in the form of a timed game. Word puzzles like word mazes often make a child learn new words and also do a quick scan of the given maze to find the words they already know. This further improves their concentration and hand-eye coordination.

Solving problems from a textbook often limits the capability of the child to think out of the box. With technology, this hurdle is removed. Many apps are developed that offer interactive teaching and also make the student think about each step of the game/learning concept. This makes the child have better-developed skills for solving problems faster.

When a child finds a particular thing interesting, they spend more time learning about it. This focused approach to any subject helps the child to also increase their brain capacity to store the acquired information. Additionally, many memory games help with stimulating the brain to have increased information storage capacity.

A boost for language learning

When a game is used to teach a concept to a child aged between 2 and 5 years old, they have shown better receptiveness to the lesson. This is beneficial when teaching different languages to the child or even science and mathematics. Games are interactive and this makes the attention of the child remain on what is being relayed on the touchscreen.

Tablets and touchscreen-friendly apps have brought the concept of self-learning to the forefront. Parents can have such games installed on the device and rest assured that their child is benefiting from them.

But the negative aspects, like spending too much time on a tablet or downloading unwanted apps, remain. Here, parents need to be more careful and make use of parental locks that are loaded into the device. Also, they should be careful about which apps to load. Often, ads are a way to make a child download a potentially harmful app. When a garden is planted, weeds are bound to be part of it. How fast a person nips the weed and maintains the garden is reflected in the beautiful blossoms. The same is applicable to using tablets for educational purposes.