Viking Braids: The Secret of the Amazing Hairstyle of the Nords 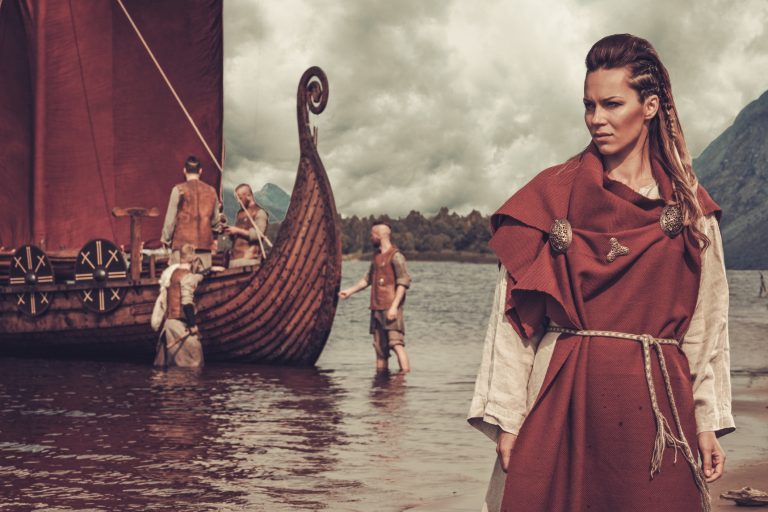 Apart from their love of sea exploring and spirit of adventure, Vikings are known for their characteristic braided hairstyle. (Image: Nejron via Dreamastime)

There are many tales and folktales about the Vikings. Apart from their love of exploring the sea and their spirit of adventure, Vikings are known for their characteristic braided hairstyle. Historians and others have often questioned the authenticity of Viking braids. Was it an exaggeration or did the Vikings really shape their locks in such a criss-cross fashion?

Historians specializing in Nordic culture believe the Vikings did sport braided hairstyles, but what is shown in the movies and on TV series are somewhat over the top. It is a fact that long hairstyles were popular among the Vikings, but not all of them were fond of wearing Viking braids. But keeping elongated hair was not practical and as they found it hard to maintain long flowing locks, braids became increasingly popular.

There are conflicting theories regarding the usage of braided hairstyles among the Vikings. While the popular culture depictions hint at Vikings sporting long hair, wielding axes, and wearing horned helmets, not all of these are accurate. Statues and texts indicate most Viking men actually kept their hair short.

The braid was among one of several hairstyles used by the Vikings as one needs long hair and a healthy scalp as the braid also puts stress on the hair strands as hair is crisscrossed several times. Some Viking men kept their hair shoulder-length, while others chopped it shorter. However, it is a fact that the Norse society gave importance to hygiene and grooming, as relics of the period include hair combs and brushes.

Other nuances of hairstyles

Viking warriors, who spent a long time at sea while on raids, possibly kept their hair short at the backside and long at the front. This was useful in battle as an enemy couldn’t grasp one’s hair from behind. Those Vikings who did not take part in warfare usually kept shoulder-length hair. Noted historian Mary Wilhelmine Williams believes Viking men liked to brush their hair often and used silk bands to hold their locks.

The Vikings also bleached their hair. While the Northern Scandinavian Vikings were blonde, Danish-origin Vikings were mostly redheads. They possibly used natural bleaching agents to lighten their hues.

While the Viking men used braids selectively, that was not the case with Viking women. Unmarried Norse women wore their hair either braided or loose. Some Viking women had very long hair, reaching below their waist. Married Viking women often coiled the lock into a bun. However, braids and coils were not the only hairstyles used by Viking women. They used many types of hair ornaments such as pins, combs, and rings.

Viking society had several strata and people who belonged to each used varying hairstyles. Viking warriors sported a reverse-mullet haircut for practical purposes, while some researchers think the braids also indicated special status for the users. Slaves, called thralls, usually had short hair.