A Black Cow Gives Birth to a White Calf: A Test of Faith 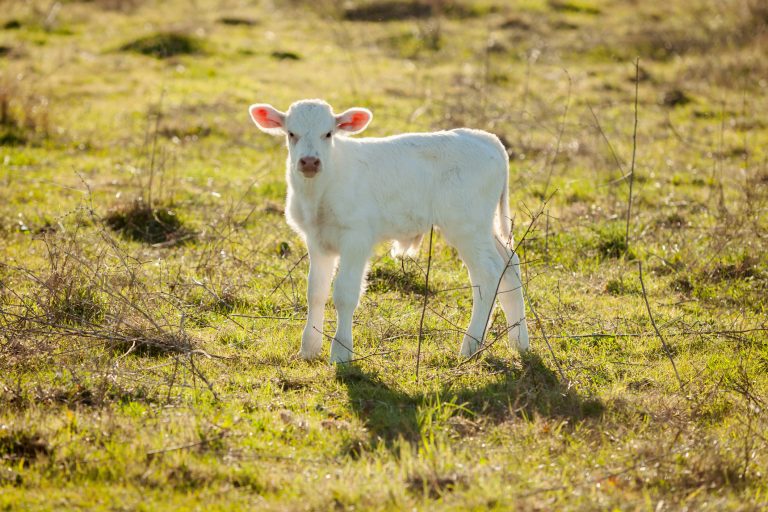 In ancient China in the state of Song, there lived a family who tried to maintain faith in themselves and others and followed the principles of kindness and justice for many generations. They always put these principles into practice in their daily lives.

One day, a black cow they owned gave birth to a white calf without reason. Confused by this event, the family sought out Confucius for advice. Confucius said: “The white calf is an auspicious symbol. Offer it as a sacrifice to pay respect to Heaven.”

Father has faith in Confucius

A year later, without reason, the father went blind. Shortly thereafter, the black cow once again gave birth to a white calf.

Now blind, the father prompted his son to go ask the sage about the white calf. The son said: “Father, you went blind after asking for advice the last time. Why are you asking again?’

The father replied: “It might seem that the sage’s words have been contradicted, but they will be proved to be right later. People may be confused at first, but the truth is revealed in time. We have not understood the matter yet, so let us go ask again.”

With this, the son set off to ask Confucius about the second white calf. Confucius replied: “This is most auspicious!” and he once again asked the family to offer the calf to Heaven as a sacrifice.

One year later, the son went blind without any reason.

Not long after this incident, the state of Chu initiated a war against the state of Song. The state of Song was surrounded by the enemy. Men from every household had to devote themselves to the war. Food shortages resulted, causing many to die from starvation. Some people resorted to cooking and eating the dead in order to survive. In the end, more than half of the soldiers who were conscripted ended up dying.

This story illustrates a point: Heaven always makes the best arrangement. It rewards those who maintain their faith and their kindness, no matter what difficulties they may encounter. The twists and turns may not make sense along the way, but they are perfectly arranged.

We will each encounter tests that have been arranged for our lives. If people fail to hold onto kindness and have no faith in Heaven, will miracles happen?

The answer is clear.