She Betrayed Her Father, the Chinese Nation, and Ultimately Herself 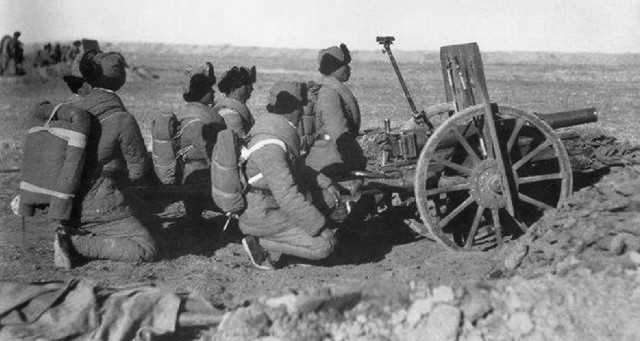 General Fu Zuoyi was a Chinese military leader of the nationalist KMT (Kuomingtang). He was widely praised for his defense of Suiyuan during WWII. (Image: via Wikimedia Commons)

Being betrayed on a grand scale comes with a big price tag. The famous Kuomingtang General Fu Zuoyi was the Commander-in-Chief stationed in Beijing to guard the ancient city against a communist takeover. Little did he realize that his defeat and the surrender of the city would come about by the betrayal of his own daughter.

The Chinese Communist Party (CCP) wanted to take Beijing through negotiations with General Fu so that they would not need to fight. The surrender of the city to the communists came about by being betrayed from the inside. Fu’s daughter was a spy and she stole her father’s top secret military plans and gave them to the CCP.

In the end, General Fu’s plans to safeguard the city were uncovered and countered to the extent that his position became untenable. He had little choice but to surrender the city to the CCP.  Who could have imagined that his own daughter would have resorted to betraying her father and her nation? It turned out to be a tragedy not only for her father, but also for herself.

General Fu Zuoyi was dismayed that his own daughter betrayed him

General Fu Zuoyi was a Chinese military leader of the nationalist KMT (Kuomingtang). He was widely praised for his defense of Suiyuan against the Japanese during World War II.  Later, during the Chinese civil war, Fu was Commander-in-Chief to guard against the Communist Army attacking Beijing.

Fu Dongju used a few pieces of chocolate to coax her 5-year-old brother into getting the key to her father’s security safe. She photographed vital intelligence and passed them on to the CCP.

The central office of the Communist Party soon had the film, which was later declared “the most important military intelligence at the beginning of the war.”

Fu Dongju saw a letter addressed to Fu Zuoyi. It was worded harshly with an air of contempt. Knowing that her father was a proud man and would rather die than be humiliated, she was concerned that her father might do something out of the ordinary that might disrupt the Communist Party’s plan. So she concealed the letter underneath a pile of documents in his office to keep him from seeing it.

Originally, Fu Zuoyi had no illusions about the CCP. He once publicly stated that the CCP would bring cruelty, terror, and tyranny along with it. Because Fu Dongju betrayed her father by spying for the CCP, many of Fu Zuoyi’s military operations failed repeatedly.

Fu Dongju took the opportunity to discourage her father from fighting against the Communist Party, and further sold information to the CCP. As a result, Fu Zuoyi finally had to accept the secret peace talks proposed by the CCP, and surrender his garrison of a quarter-million men. He could not fight for his city, and he opened the gates to the Communist Army to get into Beijing on January 31, 1949.

On the second day after the Communist Party successfully entered Beijing City, the ultimatum was publicized in the official People’s Daily newspaper on Feb. 1, 1949. Fu Dongju pulled out the original letter from under the pile of documents in her father’s office and showed it to him. Seeing the letter, Fu Zuoyi suddenly understood what had transpired and was furious with his daughter, calling her a “traitor, unfaithful, unrighteous, and a shame for the family.”

After 1949, Fu Dongju worked as a reporter for People’s Daily. During the Cultural Revolution, the CCP turned against her and labeled her “anti-Party,” “alien class elements,” and cruelly denounced her.

When she went to visit her father Fu Zuoyi, who could not protect himself, he said to her: “From now on, you don’t need to come again.” General Fu Zuoyi died of ill health in April 1974.

Fu Dongju lived a distressing life in her later years, and her meager pension was hardly enough to allow her to see a doctor or stay in the hospital. The CCP did not give Fu Dongju treatment in a senior ward, and she could only live in a “special needs ward” costing US$61 (¥400) a day.

The two nursing workers cost tens of thousands of dollars a month, Fu Dongju simply couldn’t afford it. During the years of public housing reform, the policy allowed individuals to buy a working unit house as private property at a very low cost, a symbolic payment, and she couldn’t even afford that.

The Office of the State Council Administration Bureau repeatedly urged her to pay for the housing. Her father had surrendered a number of private properties when the CCP took over Beiping, but the CCP pretended to know nothing about them.

In her later years, Fu Dongju once said that she gradually understood what her father had said back then:

He once publicly stated that the CCP would bring cruelty, terror, and tyranny along with it.

In 2007, Fu Dongju passed away. The daughter of General Fu Zuoyi met the same end that many others suffered. When communists take over, the first people they destroy or kill are the ones who collaborated with them to gain power and betrayed their own people. They eat their own and take the position that such individuals can never be trusted. If they can betray their own people they will eventually betray them as well.