19-Year-Old Tony Chung Hon-lam in Prison: Hopes to Reunite in the Land of Freedom 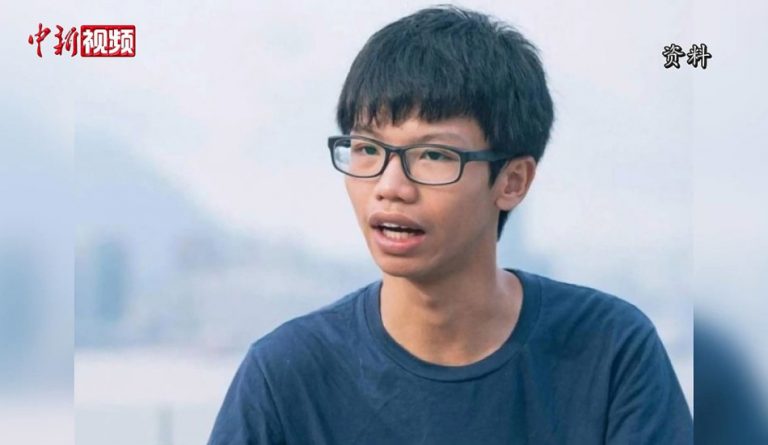 Tony Chung Hon-lam, at the age of 19, was the youngest defendant to be charged under Hong Kong’s National Security Law for 'incitement to divide the country.” (Image: via Wikimedia Commons)

Tony Chung Hon-lam, at the age of 19, was the youngest defendant to be charged under Hong Kong’s National Security Law for “incitement to divide the country” in October 2020. While in custody awaiting trial, a handwritten letter was uploaded to his Facebook account on April 4 as a way to offer thanks and encouragement to his supporters.

The letter was Chung’s first communication since his arrest last October. According to Stand News, he was sorry for the delay in reporting his safety, as he knew his followers would be very concerned for him. Tony Chung also stated that many of his fellow inmates were very curious about him, since his reputation as a social activist had even managed to penetrate the walls of the prison. A lot of his fellow prisoners are supportive of his stance and his activism.

Chung had known some ex-prisoners before his arrest, so he was well prepared for the harsh conditions. He said that he has adapted well and that the food and cleanliness were both of a much higher standard than he was expecting — he hasn’t seen a single mouse or cockroach yet.

He has found it difficult to adapt to being around other people though, as prior to his going to prison, Chung enjoyed solitude and a quiet life when he wasn’t engaging in direct activism. He is trying to connect to and make friends with inmates of his own age group and those who are a bit younger in an effort to adapt further to his changed conditions.

Tony Chung is able to keep up with current affairs

Tony Chung is keeping up with current events by reading Apple Daily, listening to the news on the radio, and via the “anti-boring project,” which provides compiled blogposts to prisoners from LIHKG, a website often referred to as the Hong Kong version of Reddit.

He says that the saddest part for him is knowing that other activists are being arrested, imprisoned, and exiled and that he is helpless to do anything about it. Chung believes that there will be far more tribulations to come. “For a long time to come, you will only see darkness. It will be a seemingly endless night, far from the darkness before the dawn.”

He still has hope though, firmly believing that the tide will turn. “The dark seems endless, but it will end one day as long as we keep carrying the light. It’s hard to take even a single step now, but it is critical that we prepare ourselves and strengthen our knowledge. If we follow the wisdom of our predecessors, we will keep our faith and be ready for the light when it returns.”

At the end of his letter, Tony Chung thanked the “prison van followers” who showed their support at every one of his hearings. He thanked those who filled the courtroom to show they believed in him and what he stands for, even though the hearings often only lasted a few seconds. Chung was moved to tears by the faith and kindness shown by his supporters and he expressed his hope that one day soon, they’ll all be reunited in the land of freedom.

Translated by Joseph Wu and edited by Kathy McWilliams