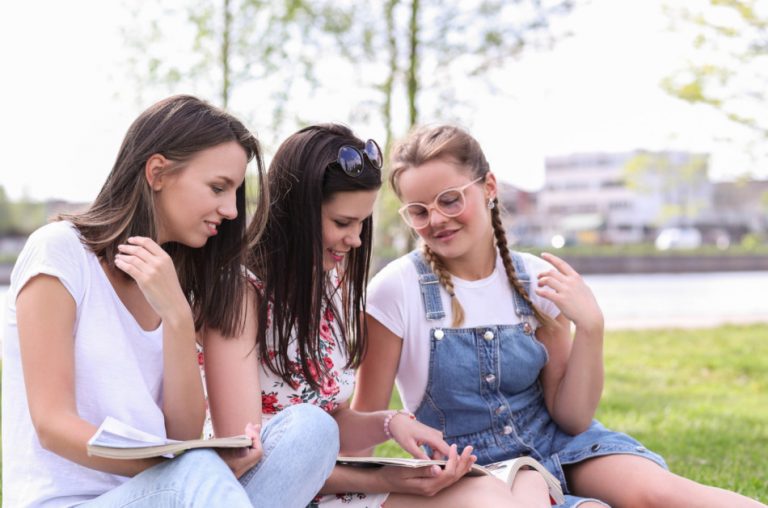 When children grow up into their teens their values and thought processes are affected by the events taking place in their lives. (Image: Rufatjumali via Dreamstime)

Over the years, the ideal body shape has seen drastic changes. Unfortunately, this has led to an increase in eating disorders in adolescents. Female fashion models have gone from being curvy, with an “hourglass” shape to being underweight or even androgynous while the ideal for males has become taller and increasingly muscular.

When you consider that teens and adolescents of today are bombarded by such “ideal” forms through the various media they consume, including not only television, movies, and magazines, but also videos on the Internet along with social media posts, it becomes important to ask what effect this exposure has on their self-image and behavior.

When going through puberty, you experience bodily changes that are dictated by the genetic code. Some girls are naturally thin and willowy, while others tend to be more full-figured. Boys can be tall and thin or short and stocky, all due to their hereditary predispositions. But if you are constantly exposed to an ideal body type dissimilar to your own, it can lead you to become preoccupied with your body and dissatisfied with your body image.

The effect of media on eating disorders

Currently, more than 70 percent of teenagers watch videos online. Even more staggering, statistics reveal that children and adolescents are spending around 6 to 7 hours per day consuming various types of media. Consistent use of social media is seen to trigger various negative responses in an adolescent regarding their body type, their weight, their looks, and even how they act in public. This can lead to self-objectification and embarking on various diets and constant comparisons between themselves and others.

While it needs to be pointed out that the media platforms themselves don’t intend to promote self-hate and eating disorders, the usage of those platforms may be exerting pressure on young people that can lead to body image issues.

A study showed that more than 44 percent of adolescent girls were not satisfied with how much they weighed and were actively working toward losing the “extra weight” even when they were in the normal weight range. There is a correlation between exposure to fashion or beauty magazines and an increase in weight concerns and symptoms of eating disorders in girls. Boys and girls alike who are making an effort to look more like the figures in media are more likely to become constant dieters when compared to their peers.

In an age where everyone is saturated with media exposure, it is unrealistic to expect that young people can be completely shielded from it. Instead, different types of intervention can be undertaken by those concerned about the impact of media on adolescents. One such intervention is known as media literacy.

Media literacy helps young people become better consumers of media by asking these two questions: What is the message behind the content and who was it created by? Making a habit of critically examining what they read and view will go a long way toward preventing any negative impact it may have on them in the future.

While media may have the potential to contribute to the development of a negative body image in some adolescents that can lead to eating disorders, it is also a powerful tool that can have a positive effect when it is used to promote healthy living or share inspiring stories. Taking care to consider the quality of your social media “diet” is good advice, and not just for adolescents!