Will China Remember the Tens of Millions Who Died in Mao’s Secret Famine? 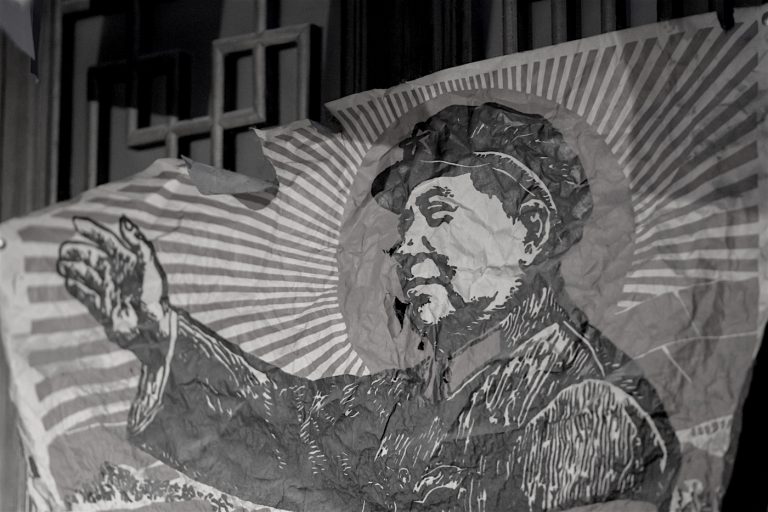 Much can get lost in history, even massive tragedies that occurred in the not-so-distant past may not have the public understanding they deserve. One such event is the Great Famine that plagued China during the years 1958-1962.

You may or may not be aware of what occurred then or about how tens of millions of people died in what has been described as a disaster brought about by communist leader Mao Zedong’s disastrous economic and social campaign called the Great Leap Forward.

British author Jasper Becker wrote in his 1996 book Hungry Ghosts: Mao’s Secret Famine that one of the most remarkable aspects about the famine was that for over 20 years, no one was sure whether it had taken place. It wasn’t until the mid-1980s when U.S. demographers got hold of Chinese population statistics that revealed something beyond awful had indeed happened.

“Their conclusion was startling: at least 30 million people had starved to death, far more than anyone, including the most militant critics of the Chinese Communist Party, had ever imagined,” Becker wrote.

I wasn’t aware of the scale of the famine until 2008 when I read Becker’s book, which is based in part on hundreds of interviews with famine survivors from rural areas where the Great Leap Forward policies were worst felt. It is full of accounts of cannibalism, corruption, despair, and atrocities.

One village during China’s Great Famine

One of the people Becker spoke with in 1994 was a 65-year-old woman named Liu Xiahua, who told him aspects of what happened in her small Henan village.

“On the muddy path leading from her village, dozens of corpses laid unburied. In the barren fields there were others; and amongst the dead, the survivors crawled slowly on their hands and knees searching for wild grass seeds to eat. In the ponds and ditches people squatted in the mud hunting for frogs and trying to gather weeds,” Becker wrote of Liu’s experiences.

“It was winter and bitterly cold, but she said that everyone was dressed only in thin and filthy rags tied together with bits of grass and stuffed with straw. Some of the survivors looked healthy, their faces puffed up and their limbs swollen by oedema, but the rest were as thin as skeletons. Sometimes she saw her neighbors and relatives simply fall down as they shuffled through a village and die without a sound. Others were dead on their earthen kang beds when she awoke in the morning. The dead were left where they died because she said that no one had the strength to bury them,” he wrote.

Liu told Becker that the first to die were those who had been given fewer rations because they were labeled as rich peasants by the Party cadres. The next group to die and given less food were those deemed too weak to work, she said. Other groups would be selected likewise in time.

Soon enough, the cadres were confiscating remaining food supplies and any villagers found taking wheat kernels during harvest season were brutally dealt with.

“One man was tied with his hands behind his back and suspended from a tree. Another, the widow of a rich peasant, was buried alive with her children. Still others were dragged by their hair through the village while the rest were ordered to beat and kick them,” Becker wrote about what occurred in the village.

“She knew, too, that at night some of her neighbors went into the fields to cut flesh from the corpses and eat it. She pointed to a neighboring village, another collection of huts across the fields, where a woman had killed her own baby. She and her husband had eaten it. Afterwards she went mad and the secret came out. That winter, said Ms Liu, human beings turned into wolves,” Becker wrote.

Out of 300 people from Liu’s village, Becker stated that only 80 survived. It was an experience that similarly occurred in a million other Chinese villages.

Not long after I read Becker’s book, another work on the famine, written by professor and historian Frank Dikötter, was published in 2010. Dikötter’s book, Mao’s Great Famine: The History of China’s Most Devastating Catastrophe, 1958-1962, was described as the “most authoritative and comprehensive study of the biggest and most lethal famine in history” by Jung Chang, author of Mao: The Unknown Story.

Based on rare access to Chinese archives, Dikötter estimated that the famine caused 45 million deaths with up to 2-3 million of them being killed violently during the chaos. His book won the Samuel Johnson Prize in 2011, and its reception brought more attention to the disaster.

Not long after this, another book about the famine called Tombstone, written by a Chinese man named Yang Jisheng, was published in English in 2012. It is banned inside China but was published in Chinese in Hong Kong earlier in 2008.

Yang had been a reporter for the state’s Xinhua News Agency, which gave him access to sources and information about what occurred during the famine, an event that claimed the life of his father who starved to death

“I was 18 at the time and I only knew what the Communist Party told me. Everyone was fooled,” Yang said in a 2013 interview with The Guardian. “I was very red. I was on a propaganda team and I believed my father’s death was a personal misfortune. I never thought it was the government’s problem.”

After Yang learned about other accounts of starvation, including at mass levels, he began his own research — something which he continued for some 20 years.

“I just had a very strong desire to find out the facts. I was cheated and I don’t want to be cheated again,” Yang said.

“I didn’t think it would be so serious and so brutal and so bloody,” he said. “I didn’t know that there were thousands of cases of cannibalism. I didn’t know about farmers who were beaten to death.”

Secrecy and the Great Famine

As secrecy is a characteristic of authoritarian regimes, few details about the scale of the famine made it overseas during Mao’s reign and even within China. Secrecy itself was also a reason for why the famine was able to become so horrific, Becker put forward in his book.

“A famine on such an enormous scale would never have occurred had it not been kept secret,” wrote Becker. “As the economist Amartya Sen was the first to point out, famines are caused by censorship and are the results of political decisions. If Mao had gone to such great lengths to deny there was a crisis, then however great the shortage of food, the famine would have been averted,” he wrote.

“However, since 1949 China had become a closed and tightly controlled state in which the Party wielded an absolute monopoly over information,” he stated.

Becker’s book told what well-known Chinese dissident Wei Jingsheng learned about the famine when he traveled to his ancestral village in Anhui Province as a young Red Guard years after the famine.

“Whenever the peasants talked about the Great Leap days, it was though they were reliving ‘doomsday,’” Wei said of his experiences.

“Gradually I came to understand that the so-called ‘Three Years of Natural Disasters’ were not really natural in origin but caused by erroneous polices,” he said.

Wei went on to describe what people said at a gathering where people talked about the famine, including horror stories of villagers exchanging babies to eat.

“It was Mao Zedong’s criminal systems and policies that had made these parents, driven out of their reason by starvation, commit such acts to survive,” said Wei, who later was imprisoned for a total of 18 years for being a “counter-revolutionary.”

Yang, who wrote Tombstone, also put the blame for the famine, and the atrocities that were committed alongside it, squarely at the feet of the communist regime.

“The root problem is the problem of the system. They don’t dare to admit the system’s problems… It might influence the legitimacy of the Communist Party,” Yang said.

Watch this report by RFA which features rare footage of survivors and eyewitnesses of the tragedy.