Marketing Combs to Monks in a Startling Way 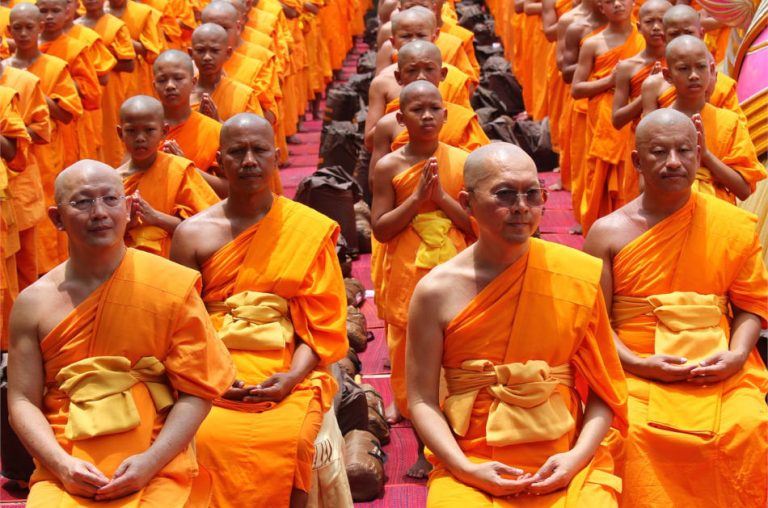 A company used a competition involving selling combs to monks to choose their director of marketing. (Image: suc via Pixabay)

A large company was looking to expand, so they decided to hire a director of marketing. Many people responded to the job posting. The hiring manager thought that instead of selecting one of the candidates by holding interviews, he would hold a competition. He decided the marketing task for the applicants would be to sell as many combs as possible to monks.

Most of the people who responded to the advertisement were confused and even quite upset. “What kind of monks would need combs? This is a crazy idea or a prank to make fun of us.” They left without hesitation. Eventually, only three applicants were left: Yee, Shih, and Qian. The organizer told them: “You have 10 days to sell as many combs as possible to monks. Come back and let me know how you did.”

On the tenth day, the three applicants returned. The hiring manager asked the first applicant Yee: “How many combs did you sell?” Yee replied: ”One.” When asked how he sold it, Yee described that when he tried to sell the combs, he was scolded and expelled from the temples by the monks. Then he walked down a hill and saw a young monk lying in the sun forcefully scratching his head. He handed the monk the comb, and he was quite satisfied after using it as a head-scratcher, so he bought one.

The organizer asked the second applicant Shih: “How many combs did you sell?” Shih replied: “Ten.” Shih explained that he went to a large temple. Because the wind was very strong, all of the worshipers’ hair was messed up. He found the abbot of the temple and said: “The worshipers should be tidy to show their respect for the Buddha. It would be appropriate to provide a comb in the temple for the worshipers to comb their hair.” The abbot agreed. There were 10 temples on the mountain, so he sold 10 combs.

Finally, the organizer asked the last applicant Qian: “How many combs did you sell?” Qian replied: “One thousand.” The organizer was shocked! He asked: “How did you manage that?” Qian said that he went to a famous temple crowded with worshipers. Qian told the abbot: “All of the worshipers come here with a dedicated heart. Your institute should acknowledge this and give them a souvenir to offer them auspicious blessings and encourage them to do good deeds. I see your handwriting is excellent. I suggest that these combs be engraved with: “Accumulating Good Deeds” in your handwriting and be given to the worshipers as a gift.”

The abbot was enthusiastic and bought 1,000 combs. He invited Qian to stay for several days to attend the first day of handing out the Accumulating Good Deeds combs. The worshipers who received the combs were pleased. More worshipers came when they heard about the combs. Furthermore, the abbot asked if Qian could provide more combs of different qualities so he could give them to worshipers of different levels.

Marketing can be thought of as a way to change an existing story. Does a comb actually have any use other than combing hair? A real master of marketing is one who is able to develop new markets for their ideas or products where people think it is impossible to do so.

Translated by Audrey and edited by David J.