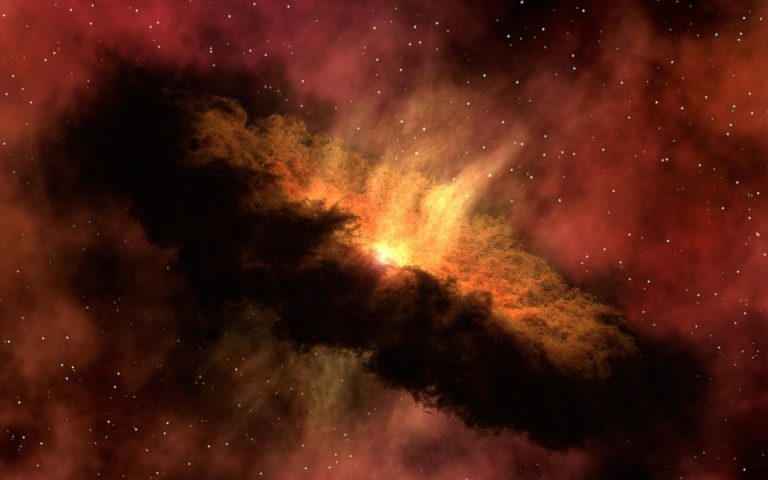 A dynamo mechanism could explain the incredibly strong magnetic fields in white dwarf stars according to an international team of scientists, including a University of Warwick astronomer.

One of the most striking phenomena in astrophysics is the presence of magnetic fields. Like the Earth, stars and stellar remnants such as white dwarfs have one. It is known that the magnetic fields of white dwarfs can be a million times stronger than that of the Earth. However, their origin has been a mystery since the discovery of the first magnetic white dwarf in the 1970s. Several theories have been proposed, but none of them has been able to explain the different occurrence rates of magnetic white dwarfs, both as individual stars and in different binary star environments.

This uncertainty may be resolved thanks to research by an international team of astrophysicists, including Professor Boris Gänsicke from the University of Warwick and led by Professor Dr. Matthias Schreiber from Núcleo Milenio de Formación Planetaria at Universidad Santa María in Chile. The team showed that a dynamo mechanism similar to the one that generates magnetic fields on Earth and other planets can work in white dwarfs, and produce much stronger fields.

This research, part-funded by the Science and Technology Facilities Council (STFC) and the Leverhulme Trust, has been published in the scientific journal Nature Astronomy. Professor Boris Gänsicke of the Department of Physics at the University of Warwick said:

“We have known for a long time that there was something missing in our understanding of magnetic fields in white dwarfs, as the statistics derived from the observations simply did not make sense. The idea that, at least in some of these stars, the field is generated by a dynamo can solve this paradox.

“Some of you may remember dynamos on bicycles: turning a magnet produces electric current. Here, it works the other way around, the motion of material leads to electric currents, which in turn generate the magnetic field.”

The magnetic field is explained by a dynamo mechanism

According to the proposed dynamo mechanism, the magnetic field is generated by electric currents caused by convective motion in the core of the white dwarf. These convective currents are caused by heat escaping from the solidifying core. Matthias Schreiber explained:

The astrophysicist explains that at the beginning, after the star has ejected its envelope, the white dwarf is very hot and composed of liquid carbon and oxygen. However, when it has sufficiently cooled, it begins to crystallize in the center and the configuration becomes similar to that of the Earth: a solid core surrounded by a convective liquid, he added:

“As the velocities in the liquid can become much higher in white dwarfs than on Earth, the generated fields are potentially much stronger. This dynamo mechanism can explain the occurrence rates of strongly magnetic white dwarfs in many different contexts, and especially those of white dwarfs in binary stars.”

Thus, this research could solve a decades-old problem, Schreiber added:

“The beauty of our idea is that the mechanism of magnetic field generation is the same as in planets. This research explains how magnetic fields are generated in white dwarfs and why these magnetic fields are much stronger than those on Earth. I think it is a good example of how an interdisciplinary team can solve problems that specialists in only one area would have had difficulty with.”

The next steps in this research, says the astrophysicist, are to perform a more detailed model of the dynamo mechanism and to test observationally the additional predictions of this model.