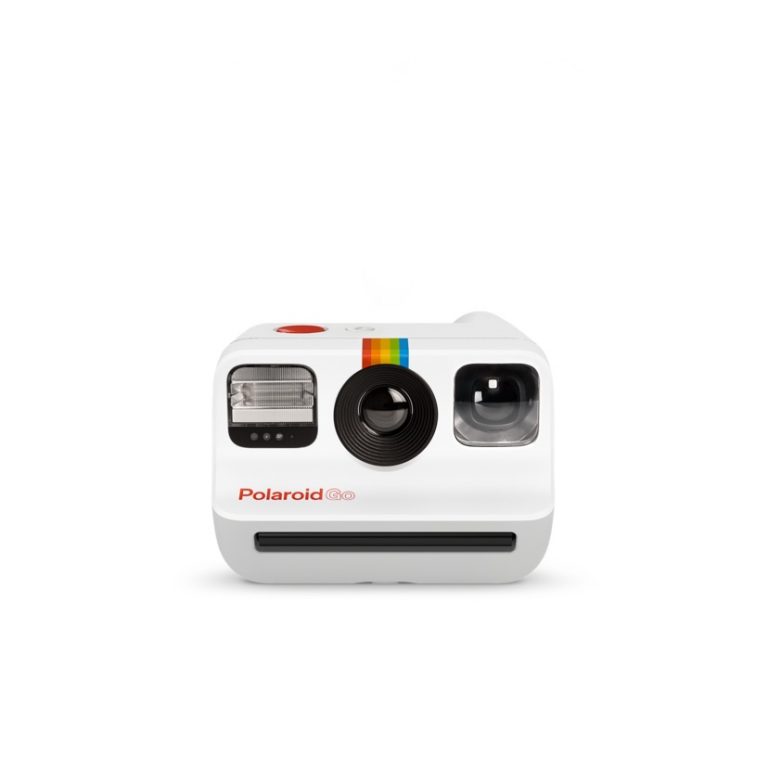 Try the pint-sized Polaroid Go camera and you will be charmed! (Image: via Polaroid)

Photography was reinvented with the advent of the digital camera, and smartphone imaging technology took it to a different level. It’s commonplace to find people taking images with their phone camera that look stunning and produce vivid details, almost on par with professional camera models. However, the Polaroid Go takes photography in another direction.

There is something unique about the experience of using an analog instant film camera. The experience of shooting and sharing the print on the move is hard to replicate. If carrying typical analog cameras and using them seems cumbersome to you, you might find the Polaroid Go a better option. Try this pint-sized camera and you will be charmed!

The Polaroid Go was unveiled recently by the iconic brand and it sells for just $100. This is indeed a mini-camera and the dimension is just 104 by 84 by 61 mm. Polaroid says it is the smallest analog instant camera you can buy. The device is smaller than the Fujifilm Instax Square SQ1, its closest rival.

Unlike the typical instant cameras that are bulky for use on the move, the Polaroid Go can easily fit inside your pocket or backpack. However, the film size is also smaller. The Go works with a Polaroid i-grade color film with a dimension of 2.6 by 2.1 inches. Per Pack, you get 8 prints, credit card-sized.

Technically, there are smaller instant cameras out there but they are not in the same category as the Polaroid Go. There is the Canon Zoemini S, but it relies on a digital sensor.

You will be wrong to assume that the small size of the Polaroid Go has resulted in a reduction on the feature list. The device has an embedded battery and a dynamic flash. It comes with a self-timer and double exposure options. In fact, you also get a tiny selfie mirror in the device. The battery capacity is 750 mAh and it can be recharged using the USB port.

The Polaroid Go matches its bigger sibling the Polaroid Now in focal length, which is 100 mm. The company says the battery will last for 15 packs of film.

A hit or miss?

Will Polaroid Go be a success given the mass appeal of digital cameras and smartphones? Industry experts feel it will cater to a niche section of users who love the idea of sharing prints of snaps rather than sharing digital copies.

The Polaroid Now suffers from an inaccurate viewfinder and exposure issues, but, hopefully, the company has resolved these issues while making the smaller model. At any rate, it is not aimed at serious photographers.

The brand is upbeat about the prospects of this new model. Polaroid CEO Oskar Smolokowski said during the launch: “Bringing innovation, product design, creativity, and a little bit of attitude back to Polaroid has been our focus ever since we took over as the new team three years ago. The Polaroid Go is our biggest contribution to this yet. It is just really playful yet incredibly well-designed, and it’s going to make it so easy for you to bring a totally different camera than your phone with you wherever you go.”

Where to buy it?

Orders can be placed on the brand’s website. A dual pack of compatible Polaroid Go miniature film sells for $19.99.

The company has launched the “Go create” campaign to make the device more enticing to the buyers. The initial collaborators include British musician-poet Arlo Parks and designer Quinn Whitney Wilson, who are going to unveil unique “Go create” content through social media channels.