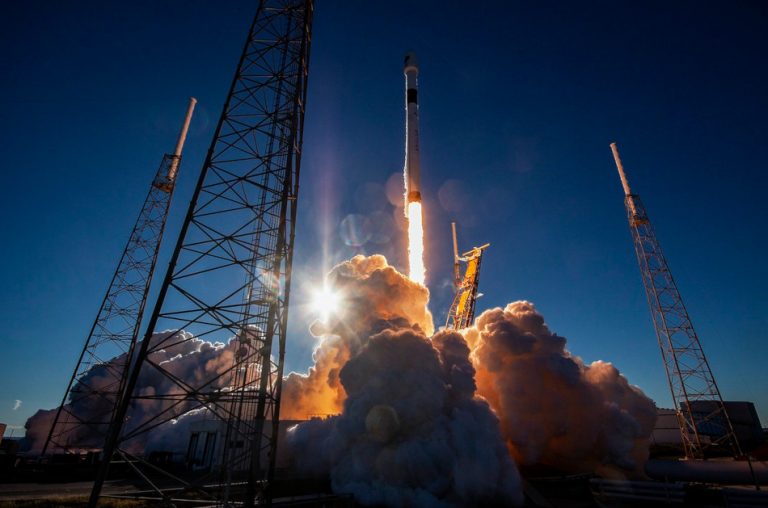 Two space fans will be getting the last seats on Jared Isaacman's private SpaceX flight. (Image: SpaceX via Flickr)

Space is a mysterious and intriguing place. No matter how much exploration may be done, space, the solar system, and the galaxies will always remain a mystery that calls out to us. While NASA has successfully sent unmanned objects to distant parts of the solar system and the rovers Curiosity and Perseverance to trace out the Martian landscape, the need some people feel to experience the vastness of the universe by traveling into space for themselves has never been satiated. So it comes to the private SpaceX flight.

The semi-privatization of space started when Elon Musk established SpaceX, not just for NASA projects, but also for anyone who has the ability to fund a space shuttle mission to venture out into the unknown. Billionaire Jared Isaacman’s mission, known as “Inspiration4,” will be the first of its kind — crewed only by private citizens.

SpaceX has been a pioneer in providing reusable and safe rockets and space shuttles that have been taking cargo to and from the International Space Station. The Inspiration4 mission is set to launch in September this year, with the spacecraft remaining in orbit for three days before returning to Earth.

Isaacman’s journey is not only about exploring space as a private enterprise, it also serves as a humanitarian cause. While venturing out into space on a private mission is the aim, the underlying cause is also to raise funds for St. Jude Children’s Research Hospital in Memphis, Tennessee. Isaacman will be donating US$100 million and a further US$13 million has been donated by the people who have entered the lottery to secure a seat on the private space flight.

A total of three people will be joining Isaccman on his mission aboard one of the SpaceX Dragon capsules. Everyone on board was chosen in part because they exemplify a certain trait or represent a certain characteristic.

Jared Isaacman, 37, is the founder and head of Shift4 Payments. The company processes credit cards and is based in Allentown, Pennsylvania. Apart from being an entrepreneur, Jared is also a pilot and ardent space fan. He will be manning the flight. Being on such a flight has been a dream of Isaacman and with Elon Musk making private space exploration a reality, the tech billionaire is soon to fulfill his goals of space exploration and furthering research for human benefits. He represents leadership.

Hayley Arceneaux, 29, will be joining Jared Issacman on his space trip. Hayley defeated bone cancer at the age of 10. She was a patient at St. Jude’s and now she serves as a physician’s assistant. She will also be the first person to go into space with a prosthetic body part — she has metal rods in her left leg replacing the bones. She exemplifies hope.

Sian Proctor, 51, is a community college professor and a creator of the website Space2inspire, where she posts art and poems related to space. Having a doctorate in science education, Proctor found it hard to believe when she was named one of the crew — beating 200 business and other employees of Isaacman — for the private space flight. She symbolizes prosperity.

Chris Sembroski, 41, was lucky to have a friend who was the winner of the SpaceX flight draw. While Sembroski did donate, it was his friend who got selected. But due to personal reasons, he declined and passed on the opportunity to Chris. A data engineer by profession, Sembroski often volunteered for space advocacy groups. He even worked as the counselor for a college’s Space Camp. His characteristic is generosity.

The SpaceX flight crew will be thoroughly trained for six months. Isaacman said he will ensure that nobody lacks proper training. Going out to space in a spaceship is not like flying in a jet. The lack of gravity, the need for the body to adjust to the changing atmosphere, and the dietary requirements do require time and training in order to adapt. That said, the crew looks forward to starting an epic journey and making history.