Impact of 70 Years of Pesticide Use on European Soils Revealed 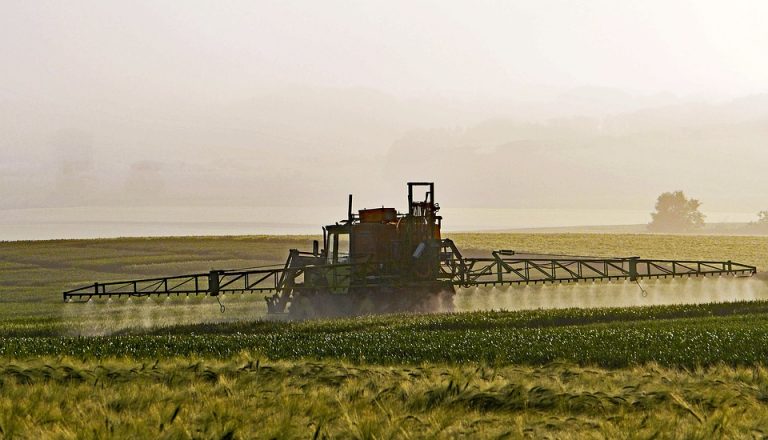 Agricultural soils under conventional management contain levels of pesticides up to 10 times higher than organic agricultural soils according to a European analysis of the Diverfarming project, in which a group from the University of Córdoba participated. (Image: hpgruesen via Pixabay)

Pesticide use in European agriculture has been the norm for more than 70 years, so the control and analysis of their presence, levels, and effects on European soils is a task that institutions and scientific teams face when establishing protocols for the use and approval of new phytosanitary products.

Furthermore, scientific knowledge about the effects of pesticide cocktails (mixtures of pesticide residues) is even more limited. In an attempt to address this problem, a team led by a researcher from the University of Wageningen (Netherlands), Violette Geissen, has analyzed 340 soil samples from three European countries to compare the presence of pesticide cocktails in soils under organic management and in soils under conventional management. This study is a combination of the efforts of three European projects that seek to increase the sustainability and quality of the soil: Diverfarming, RECARE, and iSQAPER.

Samples of pesticide use were obtained in four case studies from Spain, Portugal, and the Netherlands with four of the main European crops: horticultural crops and oranges in Spain, grapes in Portugal, and potato production in the Netherlands. Chemical analyzes revealed that the total pesticide content in conventional soils was between 70 percent and 90 percent higher than in organic soils, although residues were also found in the latter.

Pesticide use and detection greater in conventional soils

While in 70 percent of the conventional soils mixtures of up to 16 residues per sample were detected, in organic soils, only between 3 and 5 different residues were found. In these combinations, the residues that were found with more frequency and quantity were herbicides such as Glyphosate and Pendimethalin. The samples were collected between 2015 and 2018, and as there have been no major management changes, they are indicative of the current situation and probably other agricultural areas in the EU as well.

Once the presence of these pesticide cocktails in the analyzed European agricultural soils has been determined, a greater understanding of the effects of these complex and accumulated mixtures on the health of the soil would be necessary, something about which there is an important information gap, as they point out. Diverfarming researchers Violette Geissen, Esperanza Huerta, Coen Ritsema, and Nicolas Beriot participated in this recently published study.

The research team emphasizes the need to define and introduce regulations and benchmarks on pesticide use in soils that serve to protect the health of the soil, its biodiversity, and the quality of crop production. In addition, taking into account the persistence of residues even in soils under organic agriculture, it would be necessary to rethink the time necessary for the transition from conventional to organic agriculture, since it should depend on the mixture of residues in the soil and the time it takes for such pesticide use to disappear or be harmless.

Provided by: University of Córdoba [Note: Materials may be edited for content and length.]