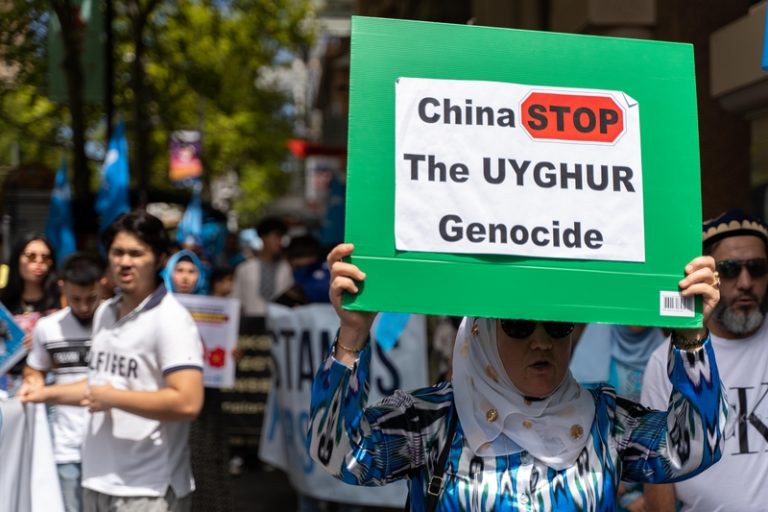 China has been accused of committing crimes against humanity and possibly genocide against the Uyghur population and other mostly-Muslim ethnic groups in the northwestern region of Xinjiang. (Image: William Ho via Dreamstime)

“Everyone must stay on their guard” against Chinese censorship. On March 8, 2021, the World Uyghur Congress (WUC) published a press release revealing that they had been advised by the Essex Court Chambers in Lincoln’s Inn Fields, Holborn, London, in what was described as “an authoritative legal opinion on the treatment of Uyghurs by Chinese authorities.”

Alison McDonald QC, leading the team of lawyers for WUC, concluded: “crimes against humanity and the crime of genocide have been committed.”

The following could be cited for criminal legal action for crimes against the Uyghurs in the Xinjiang Uyghur Autonomous Region (XUAR).

Those named were Xi Jinping, President of the PRC and leader of the Chinese Communist Party (CCP), Party henchmen Zhu Hailun, Deputy Secretary of the Xinjiang People’s Congress, and Chen Quanguo, Party Secretary of XUAR, along with others who may yet be identified.

But at the end of March, the CCP imposed sanctions on politicians, academics, and three organizations for “gross interference” in Xinjiang.

While the MPs and Lords were singled out, and some attended 10 Downing Street to celebrate their “badge of honour,” the impact on the China Research Group, the Conservative Human Rights Commission, and Essex Court Chambers went largely underreported.

The implications of the sanctions against a leading Barrister’s Chambers described by the Legal 500 as “‘top of the pile’ with ‘fantastic counsel at all levels’” is still resonating among legal firms with Chinese interests. Top lawyers left Essex Court Chambers, their Singapore office shut, and one top QC ready to join the Chambers went elsewhere.

Lord Sandhurst QC, writing for the Society of Conservative Lawyers, summed up the reach of Chinese censorship: “Whereas the sanctioning of a politician, who is unlikely to own property in China, is a largely symbolic gesture, the announcement in respect of the set of barrister’s chambers strikes at the heart of the English legal system and the services offered by English lawyers. It also has serious ramifications for all commercial transactions relating to China.”

It is to the credit of the Essex Court team involved in drafting the legal opinion that they examined the evidence and drew their rightful conclusions. They then understandably tried to distance themselves from their Chambers to soften the impact on the Chambers.

However, Essex Court Chambers self-censored by removing the news statement on the Xinjiang genocide legal opinion previously published on their website. The message to other law firms was clear — everyone keep quiet and wait to see what happens next.

This self-censorship was predicted in the book titled Hidden Hand: Exposing how the Chinese Communist Party is reshaping the world by Clive Hamilton and Mareike Ahlberg.

Published in 2020, the Guardian called it a “remarkable book with a chilling message.” The reviewer, Will Hutton, wrote: “Using whatever lever comes to hand … it [China] is aiming to create an international soft ‘discourse’ and hard infrastructure that so encircles western power centres that the dominance of the party at home and abroad becomes unchallengeable.”

The “state-backed campaign for global dominance” has reached half the world’s population through these means. While this fuels the intended view, all is not lost.

According to Winslow Robertson, a China-Africa relations expert, the BRI can be seen as a brand rather than a central plan. Brands are vulnerable to public opinion, as can be seen by the backlash on Nike when it was reported that they were using Uyghurs in Xinjiang to make their products.

This is the message firmly echoed in Hidden Hand. “Don’t be gulled by soft talk of global harmony, or the prospect of access to the world’s second-biggest market,” concludes Hutton. “Everyone must stay on their guard.”