Poor Sleep Patterns Can Be Detrimental 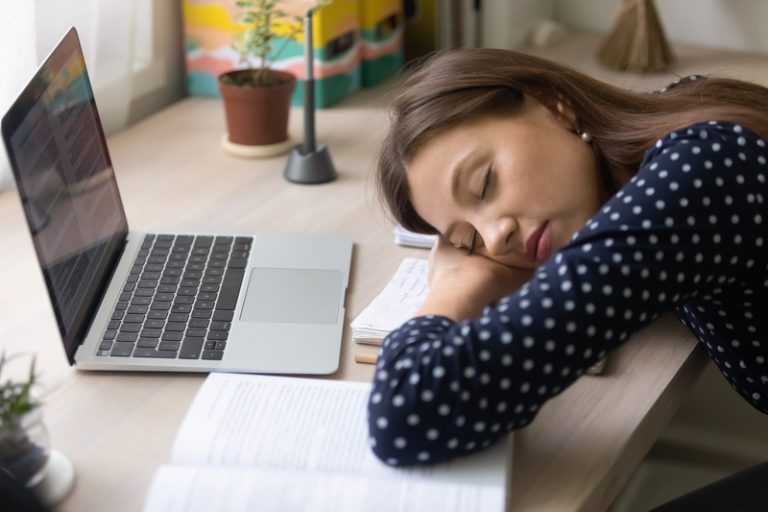 Staying up late and burning the candle at both ends leads to exhaustion and health problems. (Image: Fizkes via Dreamstime)

Good sleep patterns or routines are the best health regime. Six to 8 hours of sleep a day is appropriate, while too much or too little sleep is harmful to your health. Excessive sleeping reduces the rate of metabolism and the excretion of wastes accumulated in the body.

Middle-aged and elderly people who sleep for more than 9 hours may develop increased blood viscosity and be prone to strokes. On the other hand, lack of sleep can also be detrimental.

Staying up late is fatal

An ancient Chinese phrase describing the best schedule for sleep is to “work at sunrise, and rest at sunset.”  The purpose of sleep is to generate new cells to replace the dead cells. If 1 million cells die during the day, but only 500,000 cells are generated in one night, you will have a deficit of 500,000 cells.

A sleep shortfall is harmful to your health in the long run; therefore, sleep plays a vital role in physical health, and staying up late at night can be detrimental to your health.

You have heard your grandmother say: “Early to bed and early to rise makes a man healthy, wealthy, and wise.”

Some of the symptoms of sleep deprivation, or bad sleep patterns, are as follows.

According to a study in the medical journal Hypertension, long-term sleep deficiency is an important pathogenic factor of hypertension.

For people with a family history of diabetes, lack of sleep tends to increase the chances of developing diabetes.

A study published in the journal Nature Neurology showed that sleep deprivation can lead to the formation of brain plaque, which is one of the main characteristics of Alzheimer’s. Researchers believe that the increase in the iconic protein in Alzheimer’s is related to frequent deep sleep disruptions.

According to a survey reported by the London Sleep School, a reduction of 2 hours of sleep a day within a week will severely impact appearance. Among the women who participated in the survey, facial spots grew by 13 percent, and the number of fine lines and wrinkles rose by 45 percent. At the same time, eyes become red and swollen and skin sags, which creates more wrinkles.

Sleeping late frequently, sleep deprivation, and chronic fatigue hinder blood supply to the inner ear. After being exposed to external stimuli, such as sudden temperature changes and viral infections, acute deafness could occur.

People who stay up all night often have bad tempers, and along with their restless internal organs, heart disease could develop.

Scientists believe that there is a biological clock in the human body. Once the clock is confused, the body clock may invite various chronic diseases, including high blood pressure, diabetes, and cancer due to aberrant sleep patterns.

It’s not uncommon to hear about sudden death due to long hours of work, frequent late sleeping, severe sleep deficiency, and work overload. When the human body is deprived of sleep, it will continuously secrete hormones such as adrenaline, causing abnormal vasoconstriction, and even inducing sudden cardiac death.

Simmer 10 grams each of dry longan and salvia with two bowls of water until half a bowl is left. Drink it 30 minutes before going to bed. This soup is the best for insomnia caused by poor blood circulation of the heart.

Simmer 10 grams of meshed jujube in water, and drink it one hour before bed every night. This soup calms your mind and helps insomnia caused by blood deficiency.

Make this soup with 100 grams each of dry longan and lotus seeds. This soup has the effects of nourishing the heart, calming the mind, and invigorating the spleen and kidneys. It is beneficial for middle-aged and older people and those with chronic insomnia.

Translated by Patty Zhang and edited by Angela M.