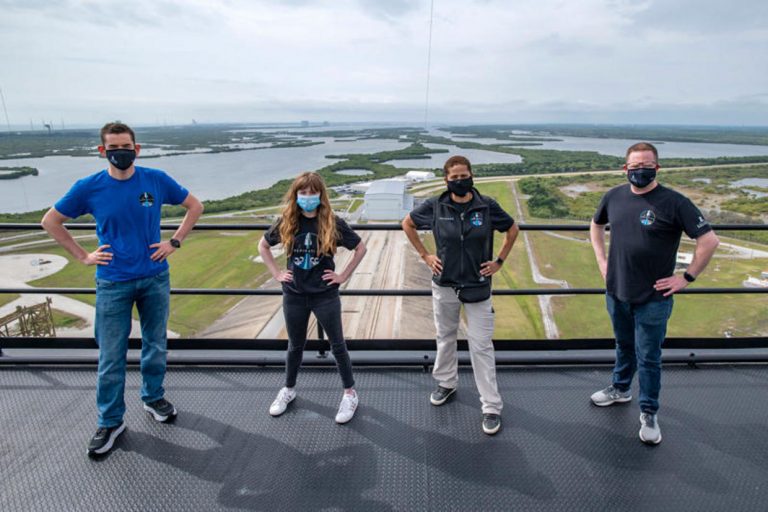 Space is a mysterious and intriguing place. No matter how many satellites or space voyages are launched, space, the solar system, and the galaxies will always remain special for space lovers and stargazers. While NASA has successfully explored the Moon, sent astronauts to the International Space Station, and fired off dozens of unmanned space probes, including five rovers to explore the Martian landscape, SpaceX is providing an opportunity for the rest of us.

The semi-privatization of space started when Elon Musk established SpaceX, which caters to not just NASA projects, but now to anyone who has the funding to venture into the unknown. But it is not just another billionaire’s club; few dare to go out into outer space if the love for exploration is not deeply rooted in their being. Jared Isaacman is one such explorer.

SpaceX has been a pioneer in providing reusable, safe rockets and capsules that have been taking cargo and more recently NASA crews to and from the International Space Station. However, SpaceX plans to launch the first-ever civilian crew to orbit called Inspiration4 with a launch date of no earlier than mid-September, fitting the mission in between NASA ferry flights to the space station and a busy commercial manifest.

Jared Isaacman, who is chartering the Inspiration4 flight in part to raise money for St. Jude Children’s Research Hospital, is a veteran jet pilot who will serve as mission commander. Joining Jared on his mission to venture of achieving an altitude of 335 miles in outer space — that will be higher than the International Space Station and at par with the Hubble Space Telescope — are three ardent space fans.

The crew of the SpaceX mission

Jared Isaacman is the founder and head of Shift4 Payments. The company processes credit cards and is based in Allentown, Pennsylvania. Apart from being an entrepreneur, Jared is also a pilot and ardent space fan. He will be also commanding the flight. Being on such a flight has been a dream of Isaacman and with Elon Musk making private space exploration a reality, the tech billionaire will soon fulfill his dream.

Hayley Arceneaux defeated bone cancer at the age of 10. She was a patient of St. Jude’s and now she serves as a physician’s assistant. She will also be the first person to go to space with a prosthetic body part – she has metal rods in her left leg that replace the bones.

Sian Proctor is a community college professor and a creator of the website Space2inspire where she posts art and poems related to space. Having a doctorate in science education, Proctor found it hard to believe when she was named one of the crew beating 200 other employees of Isaacman for the private space flight.

Chris Sembroski was lucky to have a friend who was the winner of the lucky draw. While his friend got selected, due to personal reasons, he declined and passed on the opportunity to Chris. A data engineer by profession, Sembroski often volunteered for space advocacy groups. He also worked as the counselor for a NASA Space Camp.

SpaceX plans to use a previously-flown Falcon 9 first stage booster and the Crew Dragon capsule that carried four NASA astronauts to the International Space Station on at least two occasions to date.

The vehicle will be thoroughly inspected and refurbished for the Inspiration4 flight and equipped with a dome-like bay window in place of the docking adapter and hatch normally in place for a link up with the space station. The result will be an unobstructed, hemispheric view of the Earth below and the stars above.

Isaacman and his crewmates will follow the same general trajectory used by station-bound crews, launching into an orbit tilted 51.6 degrees to the equator. That will allow SpaceX to use the same procedures already in place for NASA missions in case of an emergency abort.

“I believe that history will record Inspiration4 as a pivotal moment in space exploration, as another important step towards humanity’s next great rendezvous with destiny out in space,” Isaacman said during a news conference with his crewmates at the base of historic pad 39A at the Kennedy Space Center.