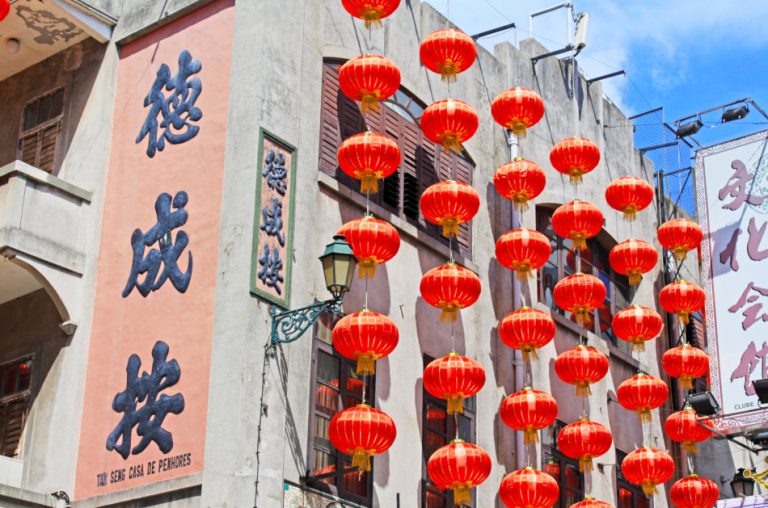 The health of a man who owned a little shop called the Conscience Pawnshop began to decline and he wanted to pass the business on to his son. (Image: Ongchangwei via Dreamstime)

There was once a little shop called the Conscience Pawnshop. When the business began to decline, the owner, Zhang Yipin, considered closing it down. Around the same time, the owner became seriously ill and lost his eyesight. Now blind and too ill to run the business, he let his son, Zhang Sanbao, manage the shop.

Sanbao did not know how to run a business and was even quite greedy. He made several bad deals taking in fake antiques, and cost the shop 2,000 taels of silver.

One day, an older man brought in a blue and white porcelain vase. He explained to Sanbao what a great treasure it was and that he needed to sell it so he would have money to pay for his failing health. The old man looked quite ill and coughed uncontrollably as he begged Sanbao to give him 20 taels of silver for the vase.

Zhang Sanbao thought: “I used to be greedy and had no conscience, and so the pawnshop will be closed as a punishment from God. Why not give him 20 taels of silver?”

The hired help in the shop warned Sanbao that the vase was a worthless piece of junk. But Zhang Sanbao felt sorry for the old man, so he gave him 20 taels of silver and took the porcelain vase.

Ten days later, the old man came in again with another blue and white porcelain vase — only this vase was strikingly beautiful! Sanbao touched the vase admiringly and asked: “How much do you want to pawn this vase?”

The old man refused to take more, so Sanbao paid the old man 500 taels and happily took the vase.

Ten days later, the redemption date arrived, but the old man did not show up. The beautiful blue and white porcelain vase now belonged to the pawnshop. Sanbao believed it could fetch at least 2,000 taels of silver.

But Zhang Sanbao had other plans. He wanted to sell the shop to another pawnshop owner named Liu. Early one morning, Liu came into the shop with two other men to look at the shop’s inventory. When Liu saw the precious vase, he was shocked, and quickly told Zhang Sanbao: “I don’t want to buy your shop anymore.”

Confused, Zhang Sanbo said: “But you gave me your word.”

Liu pointed to the blue and white porcelain vase and said: “Just this porcelain vase alone is worth 5,000 taels of silver. And you say that you cannot run a shop. What a joke!” Liu soon left.

One night, Sanbao shared the good news with his father. His father just smiled and said: “The pawnshop has come back from the dead because of that porcelain vase.”

Sanbao agreed: “Yes! Such a valuable porcelain vase. The old man pawned it for only 500 taels of silver, and did not come back for it.”

His father said: “It’s because you have a conscience, that is why he gave it to you.”

“Gave it to me?” Sanbao was baffled.

Zhang Sanbao couldn’t help but wonder about the situation, and asked: “Father, how do you know so much?”

His father smiled and said: “Because I was that old man.”

“You?!” Zhang Sanbao was so surprised that he didn’t know what to say.

His father continued: “I know that sooner or later the pawnshop will be yours, so after my serious illness, I pretended to be blind and let you take care of the pawnshop. It turned out that you had no conscience and were greedy and eager to make money. In less than a month, you lost 2,000 taels of silver. I was very angry, but I did not want to let the shop close. So I disguised myself as a sick old man in need of money, bringing in a fake vase to pawn. I did not expect you to have even a little bit of conscience left, but you gave me 20 taels of silver. I then brought in my most valuable porcelain vase to pawn to you so that no one would dare to buy the pawnshop, and you would gain confidence.”

After listening to his father’s explanation, Zhang Sanbao’s eyes filled with tears: “Father, thank you! If it weren’t for you…”

His father said smilingly: “It’s better to thank yourself. It was your conscience that saved you and the pawnshop. I named the shop the Conscience Pawnshop for a reason. Only a person with a conscience can run this pawnshop, and I wanted that person to be you. Only those with a conscience can win people’s hearts and succeed in business!”

Zhang Sanbao kept nodding his head. He finally understood the reason why his father had operated the pawnshop for decades but had not made a fortune.