Will the 2021 Police Bill Drastically Dilute the Human Rights Act as We Know It? 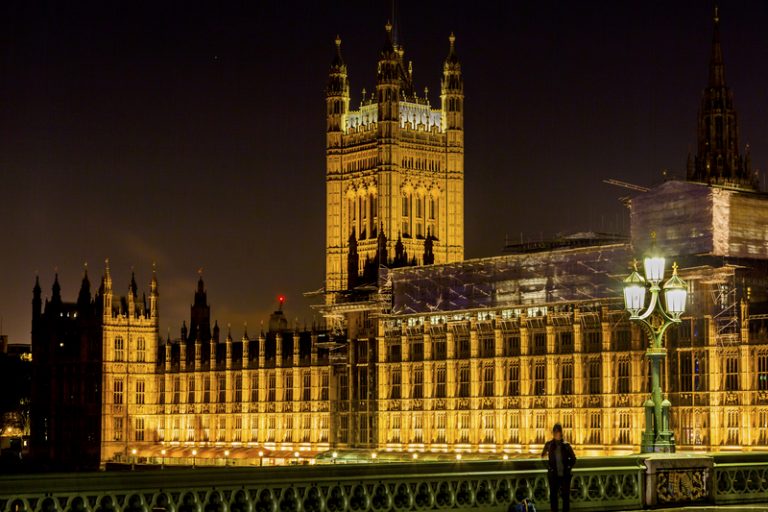 Will the new UK Police Bill strike at the heart of this ancient democracy? (Image: William Perry via Dreamstime)

The newly proposed UK Police Bill — The Police, Crime, Sentencing and Courts Bill (the Police Bill) — intends to make substantial changes to police powers, particularly around shutting down and controlling protests, which are considered the mainstay of democracy and freedom of speech in the UK and democratic states worldwide.

Freedom of expression, as well as the right to protest, stems from the post-World War II Universal Declaration on Human Rights in 1948. It was enshrined in the European Convention on Human Rights (ECHR) in 1953 and adopted into UK law as the Human Rights Act in 1998. Liberty, the human rights organization, says this Act is used by “hundreds of people” every year to achieve justice.

On January 18, 2019, the House of Lords EU Justice Sub-Committee published its concerns that the government has not committed to the Human Rights Act post-Brexit.

Despite the Sub-Committee writing to the Lord Chancellor and Secretary of State for Justice in December 2018, David Gauke to seek assurances from him about citizens’ rights, Gauke’s reply “ended with reference to revisiting the Human Rights Act once the process of leaving the EU is concluded.”

The Police Bill is being sponsored by the Home Secretary and Secretary of State, Priti Patel, and the Home Office and after taking advice commissioned a report from Her Majesty’s Inspectorate of Constabulary and Fire and Rescue Services (HMICFRS) on how police deal with protests. The report, titled Getting the balance right? An inspection of how effectively the police deal with protests, was published on March 11, 2021.

The recent protests in London have caused the Met Police more challenges, according to the HMICFRS report, but it found police forces outside London felt differently. The Met was heavily in favor of new measures to control protests after the cost for policing protests in April and October 2019 came in at a hefty US$52.35M (£37 million), which was paid out of the budget of the Home Secretary, highlighting a probable conflict of interests.

According to Liberty, while Article 11 is not meant to protect deliberate, violent protesting, it supports freedom of expression in its broadest context. “The State can’t interfere with your right to protest just because it disagrees with protesters’ views, because it’s likely to be inconvenient and cause a nuisance or because there might be tension and heated exchange between opposing groups.”

Explanatory Notes relevant to the Police Bill, written by the Home Office, summarise that the changes are expected to make it easier for police to stop “noise at a public procession or public assembly or a one-person protest” if it affects people in the vicinity or a business nearby.

The Police Bill does bring together existing strands of law around knife crimes, protests, crimes against children, and length of sentencing. But the most significant grey area is the language used to describe the impact a protest, march, demonstration, or rally may have on its surrounding environment when viewed by others, which will be deemed a statutory public nuisance offense to “helpfully clarify matters for both police and protesters.”

It has prompted many large protests focusing on key landmark areas in London. According to evidence provided by whistleblower Alice O’Keeffe, who worked on the HMICFRS report:

“The official policing inspectorate showed repeated bias in favour of the police and against peaceful protesters as it compiled a report which backed a government clampdown.”

O’Keeffe has made an official complaint to HMICFRS over alleged breaches of the civil service code and cited a letter written to Priti Patel five months before the report was completed by HMICFRS that stated “measured legislative reform in these respects would send a clear message to protesters and police forces alike about the limits of the right to protest,” reported the Guardian.

O’Keeffe blew the whistle before HMICRFS published its investigation into the conduct of police at the vigil of Sarah Everard at Clapham Common in South West London on March 13, 2021.

The report showed that officers had prioritized the Coronavirus Act 2020 legislation to disperse the crowds gathered to express their condolences at her abduction and murder by a serving police officer rather than considering the right to protest.

Matt Parr, leading the investigation for HMICRFS, wrote: “A minute’s silence was held for Sarah at 6 pm, after which a peaceful and sombre vigil turned into something else — a rally with dense crowds and little or no social distancing.” The voices expressing concern at the way the rally was subsequently dispersed were described as “unwarranted.”

Jules Carey, a partner at Bindmans LLP giving evidence about the protest element of the UK Police Bill at the Joint Committee on Human Rights on April 28, said: “Taken together, the clauses in this bill violate international human rights standards and constitute a savage attack on the right to peaceful assembly in this country.”