Harnessing the Power of the Sun, Aptera Revolutionizes Vehicles 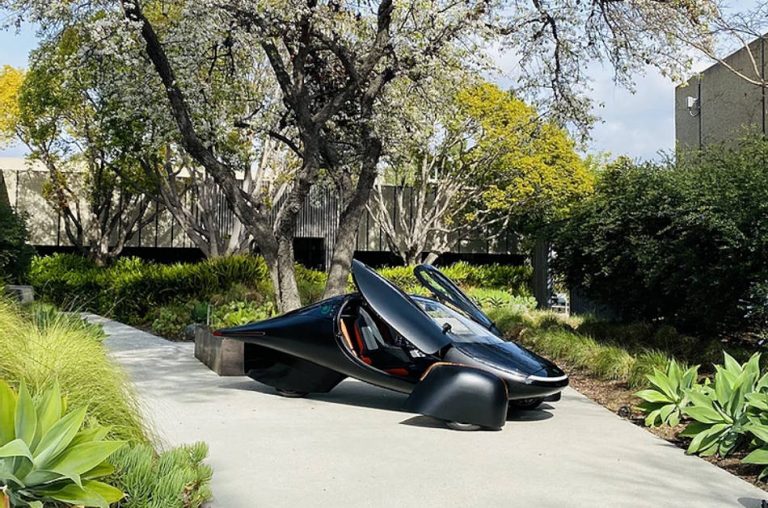 Aptera has come up with a solar-powered car that may never need to be plugged in to be recharged. (Image: via Aptera Motors, Inc.)

“Any sufficiently advanced technology is indistinguishable from magic.” These may well turn out to be the bywords of the EV company Aptera. This popular quote by famous science fiction writer Arthur C. Clarke rings true whenever we see the leaps of progress in technology and compare them with the times of our ancestors.

If, in the dark ages, anyone had said that they could harness the power of the natural elements for their own personal use, they would have been branded as a witch and burned at the stake. Yet here we are in the 21st century, harnessing hydroelectric power and using wind turbines and solar panels to generate electricity.

Fans of Jay Leno will remember the name Aptera. The former late-night talk show host and car aficionado was full of praise for them when he became one of the first people to drive their cars back in 2009. Founded in 2005, Aptera was a huge name in the EV sector until 2011 when the company was forced to close down as it could not meet the demand due to the financial crunch. Another nail in the coffin was the fact that, while the Aptera car made massive claims about mileage, the car had some issues with the battery overheating after completing 30 laps of a 50-lap automotive X-prize competition.

The futuristic design and a futuristic dream came to an end. But in 2019, the previous founders, Chris Anthony and Steve Fambro, used crowdfunding to re-established the company, claiming they could produce the world’s best EV. And the result? The solar-powered Aptera three-wheeler car.

What to expect from the new Aptera

Talking about the design, the car retains its original three-wheeler design with a rounded look. While the car may look like some kind of space shuttle, the comfort provided by the lush interior will surely make you feel like flying. When compared to its peers, the Aptera EV surely stands out and gives off a Jetsonesque feel. Another highlight of the design is the fact that it will be a solar-powered electric vehicle. Meaning, you drive to work and park your car under the glare of the sun. At the end of the day, you have more juice in the battery than you did while driving to work.

The streamlined design also boasts of being incredibly light, yet durable. Taking inspiration from racing cars that are required to be light, yet sturdy, with the help of Artificial Intelligence, the company has used resin-infused sandwich cores that are known to be light but sturdier than steel. Coming to the key components, an electric vehicle typically requires no less than 300 key structural parts, but Aptera provides the same, if not more, efficiency with just 4. Having fewer parts always equates to less pinch on the buyer’s pocket. It also makes designing easier with 3D tooling. This also means less labor and more precision.

When you read about the fewer key structural parts and the lightness of the car — coupling it with a design that even looks weightless — your concern will first be about safety. Perhaps that’s why Aptera offers “SafetyPilot” as an optional upgrade. This feature will make the car capable of driving you to your location with Level 2 autonomy. It also comes with things like emergency braking and adaptive cruise control to make your driving experience smoother and safer.

The founders are keen on creating an automobile that is not only eco-friendly, but also efficient and cost-effective. Many major names are backing the project. Biggies like Sandy Munro, who has also praised Tesla, are betting on a solar future riding on the panels of the Aptera. The Aptera is an ambitious project that has seen a mass pre-order. People have put their faith in the name and the design put forth on the company’s website. The ambitious EV with 1,000 miles of range is set to roll out soon. Being a trendsetter in terms of design and functionality, I hope Aptera can actually deliver what it promises.