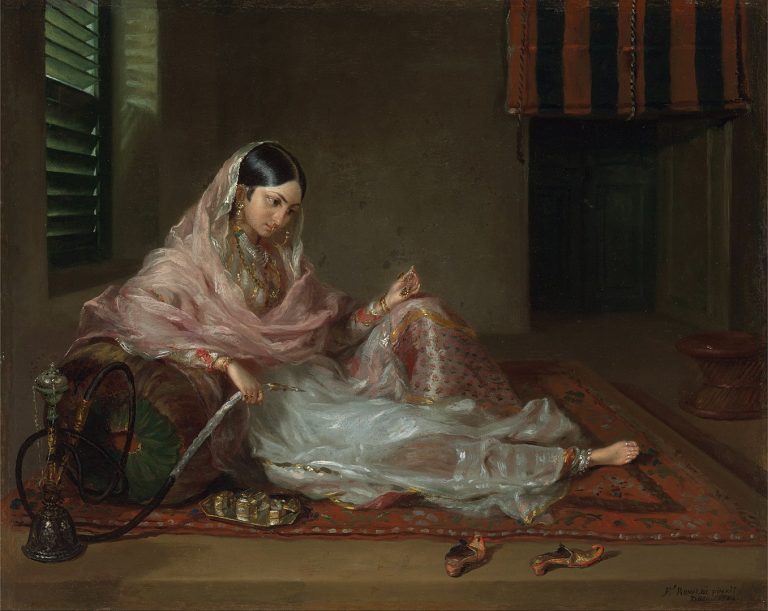 In Asian countries, there are many ancient arts and crafts forms that have been lost to time, partly owing to industrialization and the arrival of newer technologies. In Bangladesh, the country that was world-famous for the production of Dhaka muslin, an amazing fabric, the art is being revived. In fact, Dhaka muslin was more than just a type of fabric. It was part of the heritage and culture of the country.

The history of crafting Dhaka muslin can be traced back thousands of years. It is a very soft and ultra-fine fabric made from a rare species of cotton called phuti karpas (Gossypium arboreum var. neglecta). It is delicate and fragile in nature, yet it could be spun so that individual threads could maintain tensile strength at counts higher than any other variant of cotton.

Dhaka muslin is a precious fabric imported from the city of the same name in what is now Bangladesh, which was then Bengal. It was not like the muslin of today. Made via an elaborate, multi-step process utilizing phuti karpas that only grew along the banks of the Meghna River, the cloth was considered one of the great treasures of the age.

Over the years, the fame of Dhaka muslin transcended geographical boundaries and it became a much sought-after fabric because of its lightness and transparency. The Mughal emperors of India called it woven air. The fabric also made it to Europe via trade routes with India during the post-renaissance period.

The dresses made of Dhaka muslin underwent an elaborate 16-step process that involved community efforts. From the initial harvesting, processing, and weaving, it took several people many weeks to complete one bolt.

Saiful Islam is striving to revive the Dhaka muslin trade

Over several decades during British colonial rule, the ancient craft of weaving Dhaka muslin declined. However, efforts are currently being made to resurrect the ancient and much-loved fabric to its former glory. The entrepreneur who is striving to revive the Dhaka muslin trade is Saiful Islam. His company, Bengal Muslin, aims to make Dhaka muslin once again available to the world.

A Bangladeshi by birth, Saiful researched and referenced studies to know more about the near-forgotten craft of making Dhaka muslin. That is when he realized reviving the trade was only possible if the unique cotton-producing plant can be re-traced to its source.

Saiful located the DNA of phuki karpas from a 19th-century specimen preserved at the Royal Botanic Gardens outside of London. He put much effort into finding the plant on the Meghna River banks and came across a variety very similar to the original.

Saiful cultivated the plant to get enough cotton yield to spin thread. Some improvisations made up for a lack of knowledge. Locating a weaver, however, proved to be a major hurdle owing to the need for elevated thread counts.

After a lot of searching, he found a weaver with expertise in weaving traditional Jamdani muslin. He managed to weave Dhaka muslin cloth with a 300 fiber/square inch thread count. The initial piece sold at a high price and encouraged Saiful to move forward with the project.

Saiful noted: “In this day and age of mass production, it’s always interesting to have something special. And the brand is still powerful. It’s a matter of national prestige. It’s important that our identity is not poor, with a lot of garment industries, but also the source of the finest textile that ever existed.”