Will Eating a Mediterranean Diet Protect Against Memory Loss and Dementia? 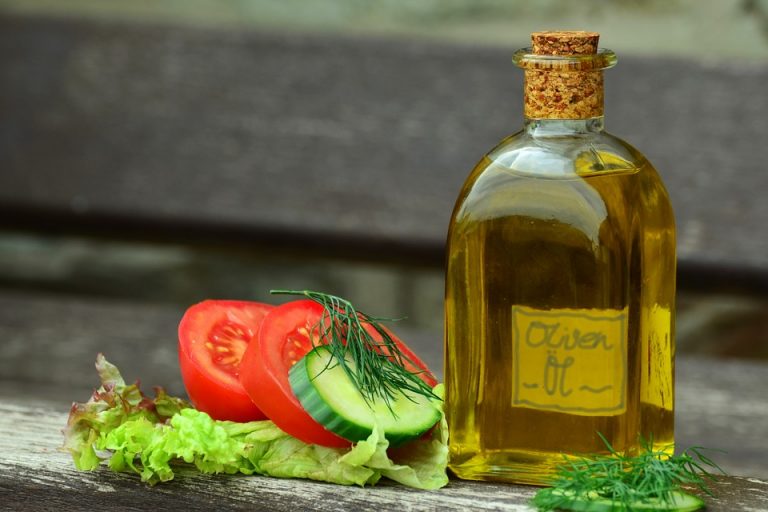 Eating a Mediterranean diet that is rich in fish, vegetables, and olive oil may protect your brain from protein build-up and shrinkage that can lead to Alzheimer's disease, according to a new study. (Image: congerdesign via Pixabay)

Eating a Mediterranean diet that is rich in fish, vegetables, and olive oil may protect your brain from protein build-up and shrinkage that can lead to Alzheimer’s disease and dementia, according to a new study. The research was published in the online issue of Neurology®, the medical journal of the American Academy of Neurology.

“Our study suggests that eating a diet that’s high in unsaturated fats, fish, fruits and vegetables, and low in dairy and red meat may actually protect your brain from the protein build-up that can lead to memory loss and dementia. These results add to the body of evidence that shows what you eat may influence your memory skills later on.”

Cognitive skills were assessed with an extensive test set for Alzheimer’s disease progression that looked at five different functions, including language, memory, and executive function. All the participants had brain scans to determine their brain volume. In addition, the spinal fluid of 226 was tested for amyloid and tau protein biomarkers. Researchers then looked at how closely someone followed the Mediterranean diet, and the relationship to both their brain volume, tau and amyloid biomarkers, and cognitive skills.

After adjusting for factors like age, sex, and education, researchers found that in the area of the brain most closely associated with Alzheimer’s disease, every point lower people scored on the Mediterranean diet scale was equal to almost one year of brain aging. When looking at amyloid and tau in people’s spinal fluid, those who did not follow the diet closely had higher levels of biomarkers of amyloid and tau pathology than those who did. When it came to a test of memory, people who did not follow the diet closely scored worse than those who did. Ballarini said:

“More research is needed to show the mechanism by which a Mediterranean diet protects the brain from protein build-up and loss of brain function, but findings suggest that people may reduce their risk for developing Alzheimer’s by incorporating more elements of the Mediterranean diet into their daily diets.”

A limitation of the study is the fact that people’s diets were self-reported in the questionnaire. People may have made errors recalling exactly what and how much they ate.

Provided by: American Academy of Neurology [Note: Materials may be edited for content and length.]