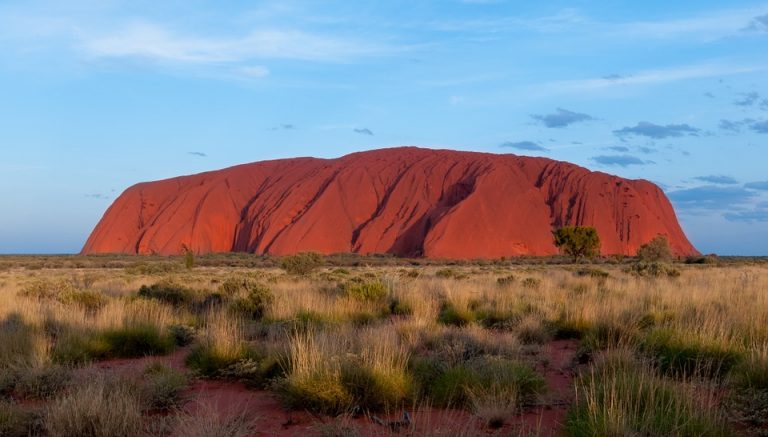 ‘Superhighways’ used by a population of up to 6.5 million Indigenous Australians to navigate the continent tens of thousands of years ago have been revealed by new research using sophisticated modeling of past people and landscapes. (Image: Angelo_Giordano via Pixabay)

Up to 6.5 million Indigenous Australians used “superhighways” to navigate the continent tens of thousands of years ago. These superhighways have been revealed by new research using sophisticated modeling of past people and landscapes.

The new insights into how people not only survived, but thrived, in harsh environments provide further evidence of the capacity and resilience of the ancestors of Indigenous Australians, and help paint a picture of large, well-organized groups navigating tough terrain. The “peopling” of Sahul — the combined mega continent that joined Australia with New Guinea when sea levels were lower than today — could have taken as little as 5,000 years as people moved from the far northwest all the way to Tasmania in the southeast.

Models also predict that the total population of Sahul could have reached as much as 6.5 million people, according to the studies led by researchers from the Australian Research Council Centre of Excellence for Australian Biodiversity and Heritage (CABAH).

Many Aboriginal cultures believe people have always been here, while others have strong oral histories of ancestral beings arriving from the north. While there are many hypotheses about where, how, and when Indigenous Australians first settled in Sahul, archaeological evidence is scarce. Now, a group of multidisciplinary experts has collaborated to investigate these questions using state-of-the-art modeling techniques, with their findings published in two companion papers in Nature Communications and Nature Human Behaviour.

Real-world data about long-distance dispersal of people, human survival, fertility rates, and the chance of natural disasters were used in combination with principles of human ecology and behavior and with anthropological, ecological, and environmental data to model the peopling of Sahul, in the Nature Communications study led by Professor Corey Bradshaw, CABAH Chief Investigator at Flinders University.

Data for the 10 million km2 supercontinent were used to develop a simulation model and run more than 120 scenarios to predict population size and growth rate. The strongest support was found for the arrival of people 50,000 or 75,000 years ago, with the average establishment rate of 1 km per year emerging from the model, giving rise to a maximum population of up to 6.5 million people. Professor Bradshaw said:

“Guided by Indigenous knowledge, we are coming to appreciate the complexity, prowess, capacity and resilience of the ancestors of Indigenous people in Australia. The more we look into the deep past, the more we understand that many people have long underestimated the ingenuity of these extraordinary cultures.”

To investigate travel pathways across Sahul, an international team of archaeologists, anthropologists, geographers, ecologists, geneticists, geologists, and computer scientists built the most complete digital elevation model ever constructed for the continent, including areas now underwater.

The model featured in the sister paper in Nature Human Behaviour allowed researchers to understand what early people would have seen — particularly prominent land features within a relatively flat landscape. Other factors, including the physiological capacity of people, difficulty of the terrain, and availability of water were also included. The Superhighways lead author, archaeologist and computational social scientist Stefani Crabtree, said:

“If it’s a new landscape and we don’t have a map, we’re going to want to know how to move efficiently throughout a space, where to find water, and where to camp — and we’ll orient ourselves based on high points around the lands.”

The scientists identified and tested more than 125 billion possible pathways using rigorous computational analysis in the largest movement-simulation project ever attempted, with the pathways compared with the oldest known archaeological sites to help to distinguish the most likely routes. The patterns that emerged formed a distinct “superhighway” that Indigenous Australians used to cross the continent, as well as secondary routes.

Several of the identified superhighways echo well-documented trade routes of Indigenous Australians that crisscrossed the country — including the trade of pituri native tobacco from Cape York to South Australia via Birdsville, and the trade of Kimberley baler shell into central Australia. CABAH Deputy Director Professor Sean Ulm from James Cook University explained:

“Australia’s not only the driest, but also the flattest populated continent on Earth. Our research shows that prominent landscape features and water sources were critical for people to navigate and survive on the continent.

“In many Aboriginal societies, landscape features are believed to have been created by ancestral beings during the Dreaming. Every ridgeline, hill, river, beach and water source is named, storied and inscribed into the very fabric of societies, emphasising the intimate relationship between people and place. The landscape is literally woven into peoples’ lives and their histories. It seems that these relationships between people and Country probably date back to the earliest peopling of the continent.”

The results of these new studies suggest that there are fundamental rules people follow as they move into new landscapes, and that these same approaches could shed light on other major migrations in human history, such as the first waves of migration out of Africa at least 120,000 years ago.

Future work could inform the search for undiscovered archaeological sites, or even apply the techniques to forecast the movements of human migration in the near future, as populations flee drowning coastlines and climate disruptions.