‘Spirited Away’: Its Enduring Magic and Lessons 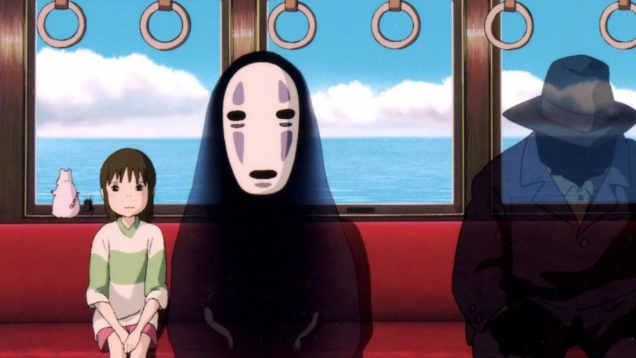 Be it Tetsuo, Totoro, or Hachiko, anime characters have touched generations of children. It is no wonder that we keep going back to our childhood memories and rewatching anime films such as Spirited Away with a new perspective and respect.

At 20 years old, Spirited Away is a gem of a film. Created by Studio Ghibli and written and directed by Hayao Miyazaki, this film has some really defining elements. The narrative and story were so powerful that the film received an Oscar for the best-animated feature in 2002.

The story of ‘Spirited Away’

A fantasy film, Spirited Away is about a 10-year-old girl named Chihiro whose parents are turned into pigs in an abandoned village they stop at while driving to their new home. Chihiro seeks out the witch Yubaba, who runs a magical bathhouse and secures a job. When her name is changed to Sen by Yubaba, a boy named Haku warns her to never forget her real name. If she does, he explains, she too will be stuck in the abandoned village forever.

As a worker, Sen befriends a stink spirit called No-Face, who is a river spirit. Because she helped clean the polluted river that he protects, the spirit gives her a gift. In a bid to protect Sen, Haku takes on Yubaba and endangers himself. It was at this moment that Sen realizes that she loves Haku. This caused the curse over Sen to be broken. She also realizes who Haku truly is and when he gives him his identity, he too is freed from Yubaba’s curse. Once she and her parents are free, they go back to their car and resume their journey to their new home.

The magic and lessons

When a culture-based movie created in Japan is distributed by Disney, you will not be incorrect in your assumption that it must be something special. The whole purpose of creating an animated film such as Spirited Away is to impart life lessons to children. Adult movies often fail to capture the innocent narratives inside the mind of a child. Spirited Away is full of lore and magical creatures who talk like humans and have singular human traits or emotions. As a child, these deep insights are missed, but the enduring magic and lessons that the movie teaches remain.

Part of the enduring magic of Spirited Away is its ordinary Chihiro was inspired by Miyazaki’s young family friends; she remains relatable in the most fantastical environs — and helps us to relate to her surrounding characters.

Throughout the film, nature is intrinsically magical; humans often seem comparatively graceless, destructive, and given to disastrous materialism. The eco-focus of Spirited Away was natural territory for Miyazaki and has added to the film’s universal appeal.

Spirited Away tackles many life lessons. While the heroine of the movie is seen to go through a transformation from being a sulky and arrogant child to an understanding girl, the other characters in the film also depict great character arcs, furthering the narrative of good versus evil.

As an arrogant child, Chihiro learns that kindness is the only way to survive. While most of the bathhouse workers were rude toward her and Yubaba always dismissed her, Chihiro held onto her kindness and helped others.

Chihiro managed to see the good side of the stink spirit. While everyone was convinced that No-Face was pure evil, Chihiro became his friend and spoke to him. She even cleaned his river. But one of the most important lessons that the movie imparts is to never be driven by greed. She was sucked into the world of Yubaba because of her parents’ greed and gluttony.