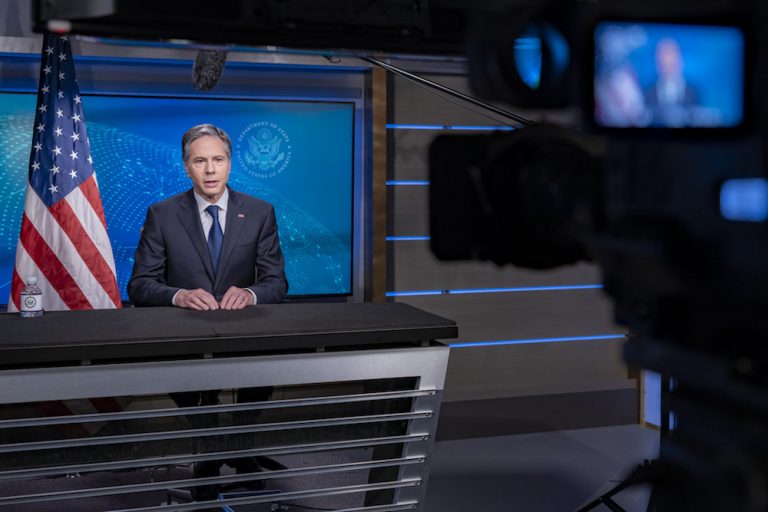 Chinese woman Liu Guiying was detained for over 20 months without trial and then sentenced illegally in 2018 to three years in prison in Chengdu City of China’s Sichuan Province. What occurred to Liu was done under the watch of a communist Chinese official named Yu Hui, who was recently sanctioned by the United States.

Liu was treated in such a manner because she adhered to the Falun Gong spiritual practice and had filed a complaint about previous torture and abuse. During her time in Chengdu’s Women’s Prison, she suffered deliberate malnourishment and torture, according to Falun Gong sources.

Yu Hui sanctioned by US Secretary of State Anthony Blinken

“Today, I’m announcing the designation of Yu Hui, former office director of the so-called Central Leading Group Preventing and Dealing with Heretical Religions, of Chengdu, for his involvement in gross violations of human rights, namely, the arbitrary detention of Falun Gong practitioners,” said U.S. Secretary of State Anthony Blinken at a May 12 press event. “Yu Hui and his family are now ineligible for entry into the United States,” Blinken added.

The sanctions were announced as the U.S. State Department released its 2020 Annual Report on International Religious Freedom which in part cites illegal arrests, detention, and forced organ harvesting of Falun Gong practitioners.

The organization that Yu Hui was an official for is also known as the 6-10 Office, which was established to target Falun Gong which was widely practiced publically throughout China during the 1990s until the persecution was instigated by then-communist leader Jiang Zemin in 1999.

Falun Gong, also known as Falun Dafa, has been undergoing persecution in mainland China since then. Along with its meditation and slow-moving exercises, practitioners follow three main principles: Truthfulness, Compassion, and Tolerance.

Yu’s name was included in a database of 9,000 officials from the 6-10 Office that was submitted by Falun Gong human rights workers to the U.S. State Department earlier this year, said a media release issued by the Falun Dafa Information Center.

The center said that Yu Hui presided over Chengdu’s 6-10 Office between 2016 and early 2018. It described the 6-10 Office as an organization that has long existed outside China’s legal framework.

The 6-10 Office has been described by some as just like “Hitler’s Gestapo,” and Jiang granted it wide-ranging powers to use “every means necessary” to wipe out Falun Gong.

Human rights lawyer Gao Zhisheng described, in his book A China More Just, how he was shocked by the extent of the 6-10 Office’s operations.

“The immoral act that has shaken my soul most is the 6-10 Office and policeman’s regular practice of assaulting women’s genitals,” Gao wrote after his 2005 investigation.

In addition to torture and sexual abuse, 6-10 Office agents also administratively sentence Falun Gong practitioners to labor camps and abducted adherents straight from their homes to brainwashing classes. As noted in a 2011 article on the 6-10 Office in the Jamestown Foundation’s China Brief, “transformation” and coercive thought reform are central aspects of the agency’s activities.

In addition to direct involvement in rights abuses, the 6-10 Office has possessed significant power to force the hands of other Communist Party and government bodies.