The Dangers of Distracted Parenting 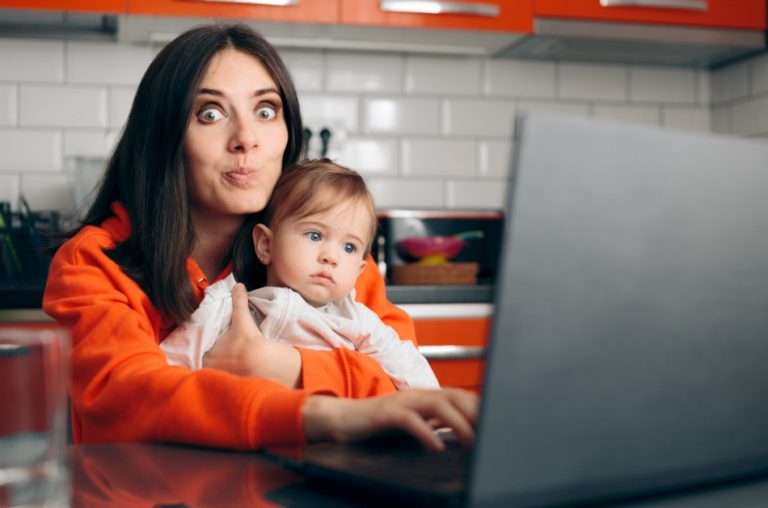 Distracted parenting means the adult is physically present but has their attention on their mobile phone or laptop instead of their child. (Image: Nicoleta Ionescu via Dreamstime)

Bringing up children is a major task for any parent, regardless of aspects like religion, ethnicity, or income level, beyond doubt. However, for millions of people living hectic lives and relying too much on gadgets, distracted parenting has become a growing problem. While a lot of parents do think that kids are spending too much time being glued to TV sets, mobile phones, and tablets, the adults also end up doing the same thing themselves!

As parents are using gadgets more than ever before, they are actually spending less quality time with their kids, and for the time they do spend with them, their attention is divided. Linda Stone, a technology expert, said over 20 years ago this would lead to a condition called “continuous partial attention”. The parents are spending a lot of time looking at their screens and they are getting emotionally detached from their children without realizing it.

Child-development experts think it is important for kids to have regular and natural interactions with their parents. Infants and children actually need exposure to the vocal patterns and somewhat emotionally exaggerated communication with parents. The babies that get exposed to such emotionally responsive and highly interactive speech-based communication have better cognitive development than babies who are not exposed to it.

Studies have shown that kids below 1 year old tend to pick up more words from humans than they do from video clips. A Temple University professor, Hirsh-Pasek, told The Atlantic: “Language is the single best predictor of school achievement, and the key to strong language skills are those back-and-forth fluent conversations between young children and adults.”

When the emotionally resonant child-adult cueing system is thwarted, problems crop up. These interactions, which are vital for emotional health and cognitive development, get interrupted by the gadgets every now and then. Many parents find it hard to communicate naturally with their kids owing to incessant incoming Whatsapp messages, video calls, or Facebook feed updates! Hirsh-Pasek says: “Toddlers cannot learn when we break the flow of conversations by picking up our cell phones or looking at the text that whizzes by our screens.” (The Atlantic)

The intrusion of digital technology is slowly but surely affecting the natural bond between parents and their children. In fact, it has become so invasive and powerful that caregivers are getting affected. Regardless of whether they are spending time with kids indoors or outdoors, parents tend to spend more time with their gadgets than interacting with their kids nowadays.

Before the advent and massive growth of digital technology and the era of the internet, parents used to spend more quality time with their kids, say the psychology experts. While it is true the parents of earlier generations were not overtly conscious of the nuances of parenting and monitoring their children, the interaction at least was natural and uninterrupted. Even a few decades back, parents were comfortable letting children grow up naturally, without subjecting them to constant supervision.

The distractions caused by technology are affecting both the kids and their parents, in adverse ways, warn the psychology experts. Chronic distraction can prove to be detrimental for both parties. When the parents find their gadget usage is interrupted, they lose cool and misinterpret cues from their kids. Smartphone-addicted parents may often mistake an attention-seeking child to be manipulative, for example. This creates a further rift between the parents and their kids.

It is hard to find a solution to the problems caused by what is being called distracted parenting. It is now near impossible to live without relying on gadgets and technology. However, parents need to take some time and use it exclusively for spending with their kids to enjoy distraction-free interaction. Turning off mobile data or putting the phone in silent mode for a while is never going to ruin anyone’s life! A little detachment from the technological vortex is something everyone needs – regardless of age. This will also allow parents not only to tell their kids to spend less time on their screens but to actually become role models for the behavior they want to encourage.