The Sensitive Brain at Rest 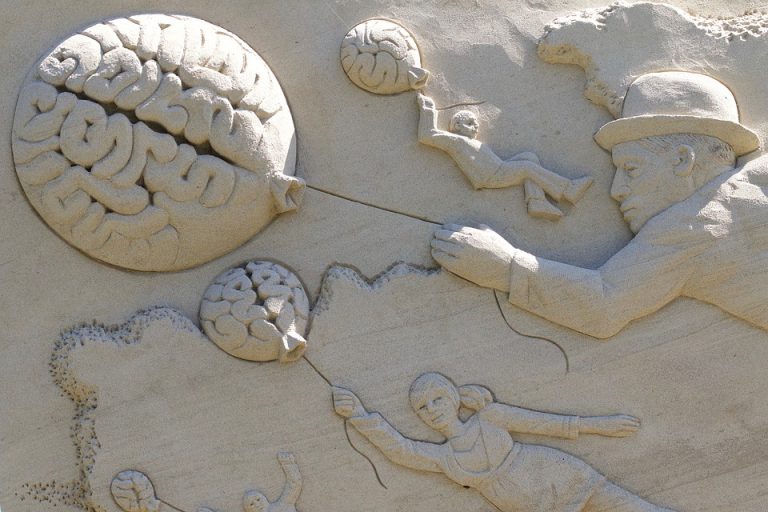 Does a sensitive brain lead to people becoming raw and overwhelmed after months of a pandemic, compounded by economic issues and social unrest? Do fatigue and compulsive social media scrolling strike a familiar chord?

Those brittle feelings offer us a glimpse into what regular life can be like for individuals with sensory processing sensitivity (SPS), a biological trait possessed by roughly a third of the population. In a world of constant information overload and stress, it’s a characteristic that can result in a variety of behaviors, from emotional outbursts to withdrawal, becoming overwhelmed, and procrastination. Bianca Acevedo, a researcher in UC Santa Barbara’s Department of Psychological & Brain Sciences, said:

“Behaviorally, we observe it as being more careful and cautious when approaching new things. You might see this behavior anywhere, from fruit flies to humans.”

In a new situation, those with the trait are more likely to hang back and see what happens, she explained.

“Another broad way of thinking about it, that biologists have been using to understand people’s individual differences in responses to different things, is that the person with high sensitivity will be more responsive, both for better and for worse.”

People with a sensitive brain experience both extreme highs and lows

So while people with high sensitivity might get more rattled by uncomfortable situations, they might also experience higher levels of creativity, deeper bonds with others, and a heightened appreciation of beauty. The mechanism behind these depths and heights, and extra caution, lies in the way the brains of highly sensitive people process information — they do so more deeply, Acevedo said. And in a paper published in the journal Neuropsychobiology, she and her colleagues continue to home in on where in the brain this deeper processing is occurring. Acevedo added:

“One of the novel advancements of this research was that in most of the previous brain imaging studies of sensitivity, we’ve tended to look at responses to stimuli. This was a study where we just examined what the brain at rest does and how being sensitive affects it.”

Taking their volunteer subjects to a functional magnetic resonance imaging scanner housed in the basement of UCSB’s Psychology Building, the researchers conducted an “empathy task” in which the participants were shown descriptions of happy, sad, or neutral events, followed by corresponding emotional faces of their partners and of strangers. The volunteers were asked to count backward by seven from a large number “to wash away the effects of experiencing any kind of emotion,” between the facial photo displays. Acevedo said:

“Then they were asked to provide some responses to tell us how they felt when they were shown each face image.”

After that, the participants were instructed to relax while their brains were scanned. Acevedo said:

Among the most robust signals in the participants who scored with higher levels of SPS was a greater connectivity between the precuneus and the hippocampus, a circuit that is implicated in episodic memory consolidation and spontaneous memory retrieval. The consolidation of memory is important, Acevedo said, in order to prepare an individual for future similar situations and how to respond to them.

Meanwhile, weaker connections were found between the periaqueductal gray and the amygdala, a region important for the modulation of pain and anxiety, as well as between the insula and the hippocampus, a circuit that is thought to be important for emotion processing and stress regulation. These negative connections could be the reason sensitive people report overstimulation and higher anxiety, Acevedo said. The “robust negative connectivity” of the hippocampus and insula, in particular, suggests “higher order, deliberative consolidation of memory,” rather than the habitual, automated responses typically triggered by stressful events.

The results of this paper represent a significant advance in the growing understanding of sensory processing sensitivity, a trait that is present among an estimated 1.4 billion of the global population. The results may also have some clinical relevance for those with mood disorders, such as anxiety, said Acevedo, whose book The Highly Sensitive Brain, is a finalist for the 2021 Association of American Publishers Professional and Scholarly Excellence (PROSE) Award in Neuroscience. One way to help with that tension and trouble focusing, whether or not you consider yourself highly sensitive? Acevedo said:

“Take a break. For all of us, but especially for the highly sensitive, taking a few minutes’ break and not necessarily doing anything but relaxing can be beneficial. We’ve seen it at the behavioral level and the level of the brain.”

Provided by: Sonia Fernandez, Santa Barbara, CA [Note: Materials may be edited for content and length.]