Remarkable True Story of Filipino Couple Whose Kindness Is Rewarded 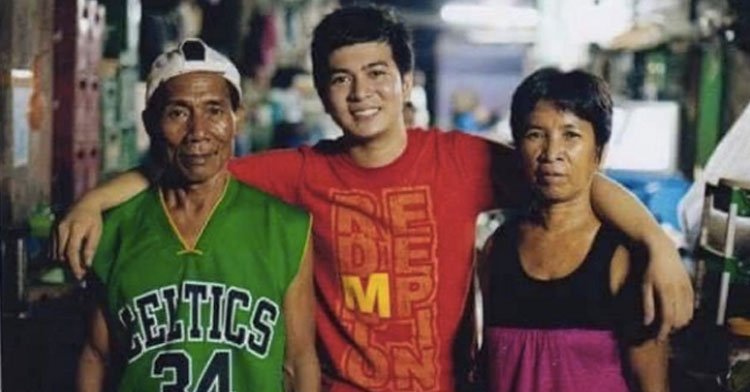 Kindness is rewarded in this true story of unwavering love and the determination to build a life from rags to riches. In September last year (2020), a heart-warming story of kindness being rewarded went viral on the Internet. True kindness is a reward in itself. It is the joy of giving without expectation of anything in return.

There lives a kind-hearted couple in the Philippines. For much of their married life, they lived in poverty and always lacked even adequate amounts of food to put on the table. Yet they adopted an unwanted baby. They not only brought up the child, but they gave him all their affection as well. They also scrimped and scraped to provide him with a good education.

This true story of the successful achievements of the adopted child is testimony to the fact that kindness is rewarded!

How this true ‘you can do anything’ story began

Jayvee Lazaro Badile II was abandoned by his biological parents when he was only 3 months old. Fortunately, a poor couple adopted him. Even though the couple had no means to bring him up, they were kind and showered all their affection on Jayvee.

The foster mother was a street hawker and the foster father was a hotel porter. Their income was meager, yet they always tried their best to provide a better life for Jayvee.

When Jayvee was a little older, the foster parents and Jayvee had to move into an old cramped apartment. Jayvee even said that he and his parents were living with rats.

The small apartment was cramped to the roof with 28 occupants squeezed into the same squalid premises and there was only one bathroom for everyone to share. The electricity often failed, there was no running water to wash, and the water was not safe to drink. Due to this, his family often got sick due to gastrointestinal problems.

It can be said that there were many inconveniences in life for the foster parents, whom he called Nanay and Tatay, but for Jayvee, having his foster parents’ love was already the best and happiest thing in the world!

Life was very hard for the kind-hearted couple, but having an adopted child to accompany them helped them accept it willingly and they chose to live a warm-hearted life filled with optimism.

The foster parents’ kindness is rewarded

With the positive thinking of his kind foster parents, Jayvee grew up to become a promising and industrious young man. He was ambitious and driven. He worked tirelessly and outpaced others. He became a recognized and capable businessman and held the top managerial position at his company at a young age.

Today, Jayvee is sharing his story in a post on his Instagram account (jayveebadile), with photos showing the dilapidated apartment he once lived in with his foster parents and also the new luxurious house he just built for his parents.

He wrote: “I now have the opportunity to give them back. I am sure this will realize their dream and far exceed their expectation. I paid for this house with cash and it was built within a year.

“Construction started in early 2019 and was completed in time for Christmas. It has 7 bedrooms. Except for the television set that I bought earlier on for the family as a Christmas gift, we didn’t bring any other items.”

Jayvee finally completed his wish to buy a spacious and gorgeous house for his foster parents. This was to repay them for bringing him up and for nurturing him. This story clearly shows how kindness is rewarded.

On Instagram, Jayvee also posted photos of him traveling abroad with his foster parents. The elderly couple looks happy and contented, with broad smiles. It seems that they can enjoy their life now happily and in comfort!