Hua Tuo: The Wondrous Story of a Divine Healer 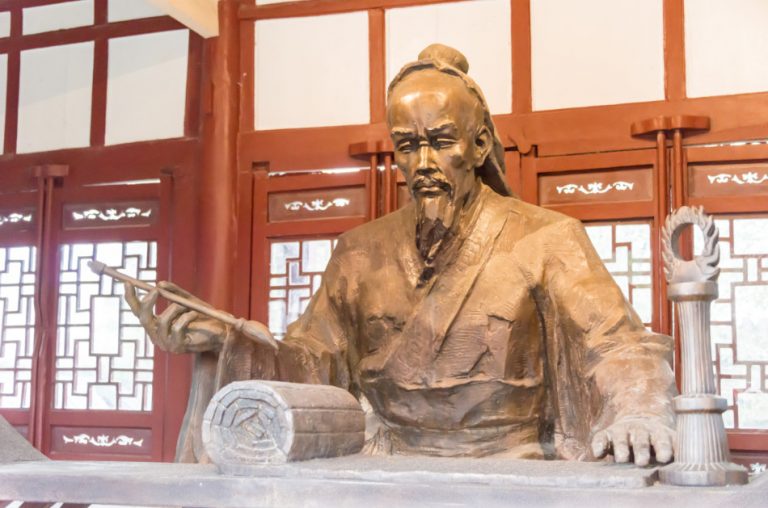 During the late Eastern Han Dynasty, there lived a renowned physician named Hua Tuo. Having been taught by divine beings, he was called a divine healer, and he traveled among kingdoms performing many healing miracles.

In those days, most people were interested in becoming an official, but Hua Tuo was different. He wanted to help people, so he focused on learning more healing skills. His specialty was surgery, but he was also well-versed in internal medicine, gynecology, pediatrics, and acupuncture.

According to the legends of history, Hua Tuo was extremely intelligent as a child. His father died when he was 7 years old and his family was quite poor as a result. His mother was left with no choice but to send him to his father’s good friend, physician Cai, to study medicine. Hua Tuo went to the city to see Cai, but Cai was not sure that he was smart enough to be a physician, so Cai decided to test him.

Cai then asked Hua Tuo whether he could separate two fighting goats. He said yes, and then gathered two handfuls of fresh grass. He placed the grass by the side of each goat, and the two goats immediately stopped fighting so they could eat the grass. After Hua Tuo demonstrated his intelligence, Cai quickly agreed to take him in as a student.

One day, as Hua Tuo came upon an ancient cave on Gong Yi Mountain, he heard someone talking about him. One voice said: “Hua Tuo is right here, let’s teach him the art of healing.” The other said: “Oh, no, he is quite greedy and lacks compassion. We cannot pass it on to him.” Hearing this, Hua Tuo jumped into the cave, where he saw two old men dressed in tree bark and wearing straw hats.

Hua Tuo said: “I hope you two will appreciate my sincerity and pass on the art of healing to me. I will not let you down in this life.” One old man replied: “We can pass the methods to you, but if you want to avoid disasters, you must treat everyone the same, no matter if they are young or old, rich or poor.” Hua Tuo agreed without hesitation.

The two old men pointed toward the east in the cave and said: “There is a book on the stone bed. You may take it, but then you need to leave the cave quickly, and you must never let anyone else read the book.” Hua Tuo went to fetch the book and turned around to find the two old men had already disappeared. He left the cave quickly just as he’d promised, and the cave suddenly collapsed.

In ancient China, it was believed that illness could result from doing bad deeds; thus, prescriptions were sometimes different from those of today.

During Hua Tuo’s time, there lived a man named Yang Dang from the Three Kingdom era. Yang Dang was in charge of the army’s food and wages, and although he was not a high-ranking official, he made a lot of money from withholding soldiers’ salaries. One day, he decided to make his last bundle, and after that, he was going to retire.

Unfortunately, just as he was set to retire, Yang Dang contracted a strange disease. He had no fever or headache, but his chest felt swollen and tight, as if there were a huge rock on top of it. He could not sit, stand, or lie down. Yang Dang visited many physicians, but no one was able to help him.

Finally, Yang Dang decided to ask Hua Tuo for treatment; but because of his bad behavior, Hua Tuo did not want to see him. Feeling desperate, Yang Dang sent his son to beg him to come to treat him. Moved by his sincerity, Hua Tuo went to see Yang Dang and gave him two unique prescriptions.

The first prescription contained many ingredients, and Hua Tuo listed the first character of each herb together on the prescription. When he finished, Yang Dang was surprised to see it read: “Punishment for violating the laws.” Yang Dang was so scared that he broke out in a cold sweat, and immediately changed his plans for getting money from soldiers’ wages.

When Yang Dang regained consciousness, Hua Tuo came back and explained: “Your swollen and tight chest is the result of the accumulation of stagnant blood in the belly, mixed with the qi of greed. Now that you’ve spat out the blood and gotten rid of the greedy qi through your sweat, though you will be weak for now, you will recover.” Hua Tuo then gave him a prescription for a tonic.

Yang Dang realized that his bad behavior nearly cost him his life. After his miraculous cure, he changed his ways and became a moral and law-abiding official.