3 Powerful Gems of Advice for the Long Road of Life 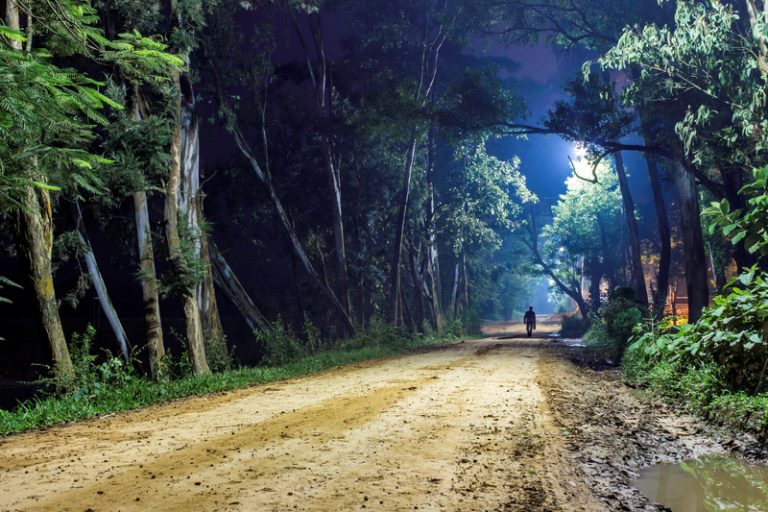 One day, the husband said to his wife: 'My dear, I am leaving home. I'm going to find a job far away and I won't come back until I have the means to give you a decent and comfortable life.' On the journey home, he received three loaves of bread and three pieces of advice. (Image: via Dreamstime.com © Pratik Panda)

Good advice for life is priceless and it is also hard to come by. You learn valuable life lessons from your mother and father, your ancestors, a close and trusted friend, and sometimes from a complete stranger.

A newlywed couple lived in poverty and depended on the assistance of their friends and relatives to survive. One day, the husband said to his wife: “My dear, I am leaving home. I’m going to find a job far away and I won’t come back until I have the means to give you a decent and comfortable life. I don’t know if it will be long, but I ask only one thing of you, wait for me and be faithful to me while I am away, and I will be faithful to you.”

Many days later, he arrived at a farm that was hiring and he was hired immediately. He asked the boss to grant him a request: “Please allow me to work here for as long as I want, and when I feel it is time to leave, you must let me go. I don’t normally want to be paid, so please put my wages in an account and give me the money I’ve earned on the day I leave.” An agreement was reached.

The young man worked there for 20 years, with no holidays and few breaks in between. One day, he said to his boss: “I want my money back and I want to go home.”

He was offered three pieces of advice instead of his wages for 20 years.

The boss said to him: “First, never take a shortcut. The easy and unfamiliar path may kill you. Secondly, never be curious about something that could be bad, or it could kill you too. Thirdly, never make a decision in a time of hatred and pain, or you will surely regret it later.”

After 20 years of being away from his beloved wife and home, the man set out on his way home. One day later, he met a man who asked him: “Where are you going?” He replied: “I am going to a place where I have to travel along this road for more than 20 days. “The man said: “It’s too far, I know a shortcut that will take you there in a few days.”

He was overjoyed and was about to take the shortcut when he remembered his boss’s first piece of advice and went back the way he had come. Later, he knew that the man had told him to take the so-called shortcut and that it was all a trap.

A few days later, he was tired of walking and found a hostel on the side of the road where he intended to stay for the night. After paying for the room, he lay down to sleep. In his sleep, he was awakened by a scream. He jumped up and went to the door to see what had happened.

Remembering the second piece of advice, he went back to sleep. When he got up and finished his coffee, the inn keeper asked him if he had heard the shouting and he said he had. He replied that he was not curious.

The inn keeper said: “You are the first customer to leave here alive. My only son is insane and last night he screamed to draw the customers out and then killed and buried them.”

The young man continued his journey, and at last, at dusk one day, he saw his home cottage from afar, smoke rising from the chimney of the house, and the faintest glimpse of his wife, who, despite the darkness, he could see was not alone, but a man was crouched on her knee, and she stroked his hair.

At the sight of this, his heart was filled with hatred and pain, and he wanted to run over and kill them. At this moment, he remembered the third piece of advice, so he stopped, thought about it, and decided to sleep in the same place overnight and make a decision the next day.

At dawn, having regained his composure, he said to himself: “I can’t kill my wife, so I’ll go back to my boss and beg him to take me in. But before I do that, I want to tell my wife that I have been loyal to her all the time.”

He went to the door and knocked. His wife opened the door, recognized him, threw herself into his arms and hugged him tightly. He tried to push her away, but could not.

With tears in his eyes, he said to his wife: “I was faithful to you, but you betrayed me…”

The wife was shocked and said: “What? I have never betrayed you. I have waited 20 years for you.” He said: “Then who was the man you caressed yesterday afternoon?” The wife said: “That was our son. I was just pregnant when you left and he is 20 years old this year.”

The husband came into the house and embraced his son. While his wife was busy cooking dinner, he told his son about his experience. Then, as the family sat down to eat bread together, he broke open the bread given to him by his boss and found a large sum of money inside — the salary he had earned for 20 years of hard work!