Proposed SpaceX Base Threatens Lands and Livelihoods in Papua 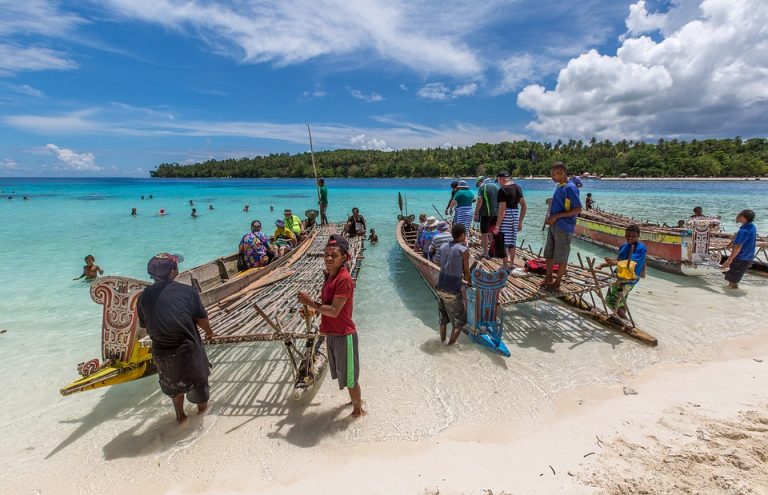 Elon Musk's proposed SpaceX base in Biak, Papua, could have a negative impact on local livelihoods and the environment. (Image: via pixabay / CC0 1.0)

The SpaceX project could affect a small island in Papua. Elon Musk’s proposed SpaceX base in Biak, Papua, could have a negative impact on local livelihoods and the environment, argues Southeast Asia expert Dr. Sophie Chao. In December 2020, the Indonesian government offered the Papuan island of Biak, home to some 100,000 inhabitants, to the centibillionare Elon Musk as a potential launch site for the SpaceX Mars-bound expedition.

SpaceX, an aerospace corporation founded in 2002 by Musk, is arguably the world’s most leading-edge technological project. It aims to enable humans to travel to and live on Mars and potentially other planets sustainably and at scale. This way, human civilization can continue in the event of a planetary disaster — for instance, an asteroid strike or nuclear war — that would make life on Earth impossible.

At a local level, government officials say the SpaceX base will help enhance the economic development of the residents of Biak, a rural island where urban infrastructure is lacking. Most recently, local news reported on March 11 that the Indonesian government has denied making the offer to Elon Musk, although a report published in late March by JUBI, a news website based in the capital city of Papua, Jayapura, claims the SpaceX project in Biak is still ongoing.

It is still unclear whether Musk has confirmed his acceptance of the government’s offer. However, many Biak residents have voiced strong opposition to the project. They fear it may damage their natural environment, have negative impacts on their cultures and livelihoods, and displace communities from their homes and villages.

Biak Island is an attractive location for the Mars expedition for economic and strategic reasons. The island sits within a region rich in natural resources, including copper and nickel. These metals are essential for the production of rockets and long-range batteries for electric vehicles, like Tesla (another Elon Musk venture).

Biak is also located one degree south of the equator, meaning less fuel will be required for a spacecraft to reach orbit. SpaceX expects to generate revenues of US$36 billion by 2025, although the accuracy of such projections is  disputed. As a social anthropologist, I have spent many years researching how Indigenous Papuan peoples interact with their natural environments.

In particular, I have been exploring how Papuan cultural values and traditions shape how they engage with and understand the value and meaning of the natural environment — the forests, oceans, rivers, and land. Between March and April 2021, I interviewed 10 Biak inhabitants to understand their perspectives on the SpaceX project. The overwhelming majority of these individuals believe they have the right to decide what developments happen on their lands and what kind of livelihoods they want to pursue.

One of the elders explained that local communities in Biak have been fishing, gathering, hunting, and engaging in small-scale horticulture and animal husbandry for many generations. The idea of achieving sustainability in outer space, especially Mars, was strange for many of the interviewees. They firmly believe that the way they use forests and oceans is already sustainable.

The SpaceX project could also threaten the lands and livelihoods of Biak residents. They continue to rely primarily on fishing, hunting, and horticulture for their daily subsistence. As with other Indigenous Papuan communities, the land and environment represent an integral part of the richness of their local cultures. As several interviewees explained, clans and tribes in the Biak area share ancestry with different plants, species, and locations in the landscape, which are responsible for their health and well-being.

For instance, the crocodile is said to represent the power of the sea and Biak clans consider it a sacred totem animal. To Biak and other Papuan dwellers, the environment is also a source of precious traditional knowledge, stories passed down through generations, and animist belief systems. Biak myths often feature forest plants like the coconut palm, animals including snakes and birds, and natural phenomena like the Moon and Sun.

For Biak inhabitants, damaging the environment means damaging local people’s sense of cultural identity, belonging, and pride. Another risk is that the Biak project might displace populations. One of the Biak elders I interviewed noted that relocating tribes to other territories could cause problems with the tribes already inhabiting and owning these territories. This in turn risks leading to land disputes, social conflicts, and more violence.

Many Biak dwellers whom I interviewed also argue that the project will obscure the history of violence and suffering, and the dreams of justice and freedom for West Papuans, in favor of rockets and space exploration. In particular, the transformation of their island into a launchpad for extra-planetary discovery risks further obscuring the trauma that haunts the relatives and descendants of those who died in the Biak Massacre of July 1998.

The Biak Massacre Citizens Tribunal — an expert witness and judicial inquiry event held at the University of Sydney in December 2013 — concluded that Indonesian military and security forces had tortured, raped, killed, and dumped hundreds of Biak civilians at sea. Some of the victims had attempted to raise the West Papua Morning Star flag — a crime punishable by up to 15 years’ jail under Indonesian law. To date, no charges have been laid against the perpetrators of the violence.

The government denies responsibility for this event, described by human rights organizations as one of the worst massacres in Indonesia’s post-Suharto history. Unhealed trauma plays a big part in shaping Biak residents’ reactions to the SpaceX project. For many inhabitants, looking into the future demands first and foremost recognition by the national and international community of the violence that has characterized West Papua’s modern past and the denied freedoms that continue to characterize its present.

From my long years working with and learning from Indigenous Papuans, I have come to understand that they, too, have their own dreams, including dreams of justice, healthy environments, and cultural continuity. Indigenous Papuan peoples are among the last standing guardians and custodians of rich Indigenous civilizations in Indonesia. These are grounded in relations of respect and nurture with the land and environment. Papuan peoples envision hopeful futures for their children and grandchildren to come — not on Mars or the Moon, but right here on their own customary lands, forests, and seas.

The problem arises when some dreams are prioritized at the cost of others. Extra-planetary exploration may promise revolutionary futures for humans to come. But it should not undermine the well-being and justice of humans today. Humanity’s shared future can only be great if all visions of the future are respectfully taken into account — those of entrepreneurs and government, but also those of local communities and their increasingly vulnerable environments.

Provided by: The University of Sydney [Note: Materials may be edited for content and length.]