The Amazing Wild Horses of Turkey 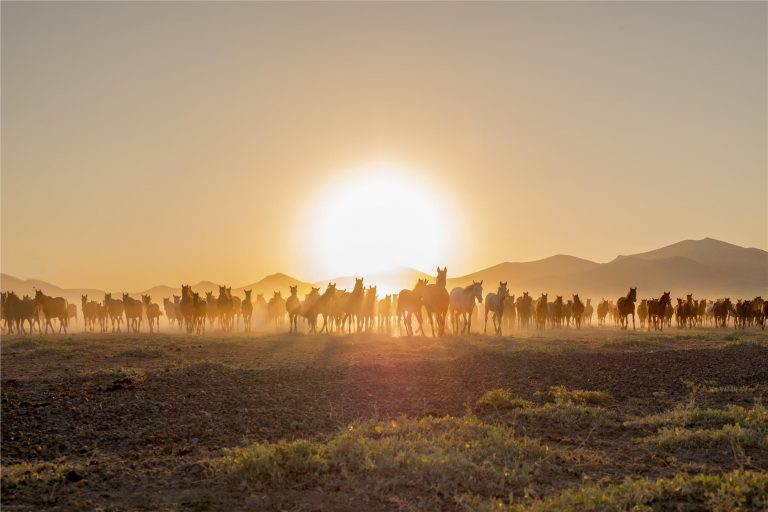 The name 'yilki' means to be 'left to the wild', a suitable name for these herds of horses that were once working horses. (Image: via Cappadocia Photo Tours)

Among the animals that humans have managed to domesticate, horses are very useful. For centuries, these graceful and hardworking animals have been used to carrying people, pulling carts, and farming needs. In many areas of the world, wild horses are free to roam in their natural habitat.

In Turkey, taming wild horses and using them for farming and transport needs is an ancient practice. In much of Anatolia, also known as Asia Minor, which makes up the majority of modern-day Turkey, villagers practiced an ancient tradition for centuries whose origin can be traced to the times of the Mongol Empire. After working with them on farms from spring thru fall, the farmers let the animals loose in the plains and foothills. In the spring, they would round up the animals again.

This ancient practice was done for centuries, but in the 1970s, the Turkish people started using tractors and abandoned the practice, leaving the horses on the plains for longer periods. These Anatolian horses, which had been tamed for over 1,000 years, soon became undomesticated. Today, they are collectively called Yilki horses. The name “yilki” is derived from the Turkish term that means “left to the wild,” and they can be seen in abundance.

The Yilki horses contain traits of various types of horses that were brought into the region over the centuries by traders and emperors. They exhibit characteristics of Arabian, Mongolian, Akhal-Tekes, and Asil horses, for example. That is why the Yılkı wild horses come in so many sizes, hues, and leg variations. Yılkıs can be found in abundance in the Central Anatolia plains near Mt. Ericyes. They can also be seen near the Sultan Sazligi National Park.

Local photographers and wildlife enthusiasts have played a major role in making the world aware of these wild horses. The typical Yılkı horses do not harm people, but taming them can be very hard. In the summer, the Kayseri herd, about 300 in number, stays together mostly. However, with the arrival of the winter, these wild horses separate.

The wild horses are still useful for the Turkish villagers. While they do not need horses exclusively for farming needs, taming the wild horses has proved useful for tourism. Cappadocia has seen a boost in tourism in the last few decades as interest in riding once-wild horses increases.

The tamed Anatolian horses are bred with domestic Arabian horses and the offspring inherit the traits of both breeds. Ender Gülgen, working for Cappadocia-based travel agency Kirkit Voyage, says: “The Arabian blood brings a liveliness that the Anatolian horses don’t have. But the Anatolian blood adds resilience from sickness and toughness to conquer difficult conditions.”

Horses have played a key role in boosting the Cappadocian economy over the centuries. The Persians used the animals in lieu of currency and the Roman invaders took them to their country for chariot racing. Nowadays, tourists enjoy horseback riding, and that has given the locals a way to earn a livelihood.

The horses can also take tourists to places that are hard to navigate with vehicles. Demand for extended backcountry horseback tours in the region has been increasing. A 3-4 day long horseback tour can be arraigned, and this includes food, entertainment, and camping accommodations.

İrfan Özdoğan has been instrumental in organizing such extended tours in the region. He says: “The tourists joining the tours are pleased to discover nature in the backcountry. They experience nature in all its authenticity. They lay low tables in the camp and spend a few beautiful nights away from civilization.”

For ages, only a few people were aware of them. Today, the whole world is learning about them — the free and wild Yılkı horses of Anatolia!