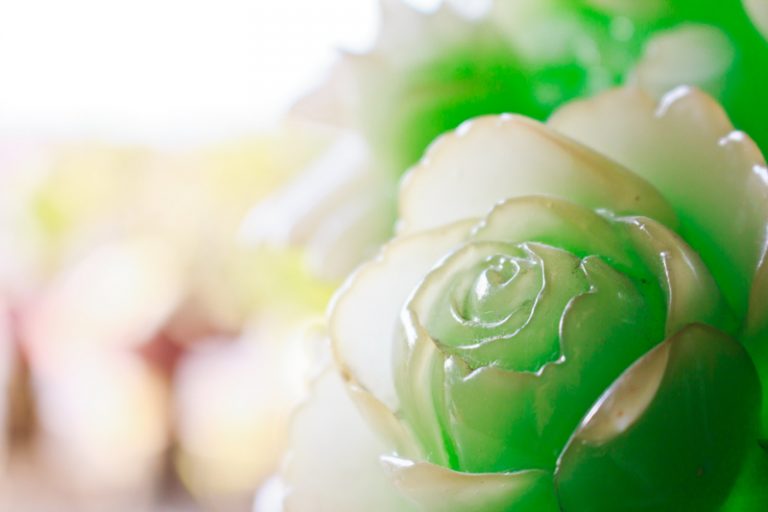 Jade is synonymous with Chinese culture, both ancient and modern. Many fine virtues have been attributed to jade over the millennia. (Image: Bannerwega via Dreamstime)

Jade is synonymous with Chinese culture, ancient and modern. Jade has been attributed with many fine virtues over the millennia. In this article, we will discuss the traditional “Five Virtues of Jade.”

The Chinese philosopher Confucius made jade a metaphor for virtue, kindness, wisdom, justice, truth, and Heaven and Earth. He even described the virtues of a gentleman as being like the qualities of jade.

There was a saying in ancient times: “The emperor has no virtue, and jade objects will not be buried with him.”

Ancient China is the only place in history that combines human nature with the qualities of jade.

The ancients often said: “Those who practice martial arts must first cultivate their moral character.” The same precept goes for jade, which has a history of being cherished for thousands of years. To become a gentleman, Confucius believed that one must have the noble qualities of jade.

These are the ‘Five Virtues of Jade’ taught by Xu Shen, an ancient scholar in the Eastern Han Dynasty

Jade is warm and shiny like benevolence. A benevolent person or a benevolent king who practices good governance both have these qualities.  Confucius said that a gentleman is like jade, which has gentle, kind, and benevolent characteristics.

Even wearing jade on your body makes you feel like you are being accompanied by a benevolent “person” who can uplift your temperament and outlook.

From the inside to the outside and beyond logic, jade can know the core of things and the righteous side. It has high transparency to see the inside from the outside, indicating that jade has loyalty. A gentleman is someone who must be righteous.

The concept of “righteousness” seems simple and good, but it is really not easy to achieve and live by at all times.

“Its voice is comfortable and it can hear you from afar.” If you strike a jade, it can make a clear and melodious sound that can be transmitted to a faraway place. This indicates that jade has wisdom and is good at communicating with people around it. This is a manifestation of the wisdom of a gentleman.

“Unyielding and does not fold.” Jade is strong and compact, indicating that jade has the courage of a superhero! This is the spirit of being able to sense great danger yet still being able to overcome the fear.

“When there is a fracture, the edge is not sharp, and when we touch it with our hands, it will not hurt us.”  Its defects are never hidden. This indicates that jade is clean, honest, and self-disciplined and does not harm others. This shows that jade is different from others, just like a gentleman who knows how to keep himself clean.

From these virtues, it can be seen that jade has become the incarnation and representative of a gentleman who is pure and a synonym for traditional Chinese virtues.

As well as the five virtues of jade discussed in this article, it has always been a symbol of purity, beauty, kindness, elegance, and the richness of traditional Chinese culture. The mainstream Confucian school of Chinese culture has supreme regard for jade and believes in its virtues.

Only by possessing and upholding these noble qualities that jade throughout life can a man become a gentleman and reach the highest realm of man. The ancients said that jade has “five virtues,” “nine virtues,” and “11 virtues,” which further enhance the humanistic connotation of jade.