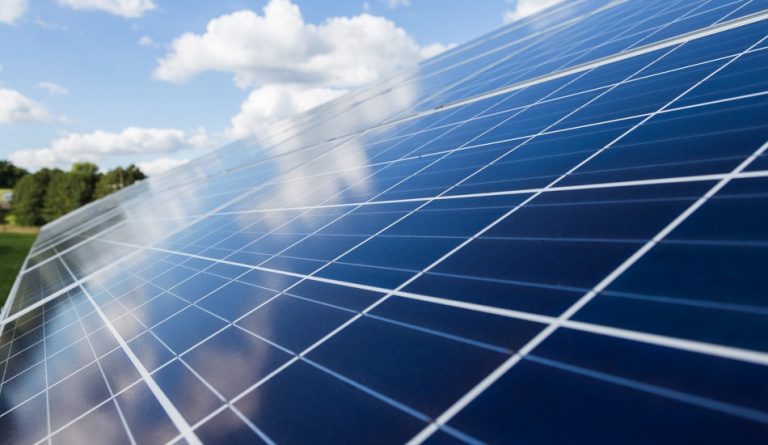 The focus on enhancing solar power capacity is evident. (Image: torstensimon via Pixabay)

Uyghur forced labor in the Xinjiang region is threatening the solar panel industry worldwide. The world is trying to shift to renewable energy resources for its power needs. Whether solar power or hydropower, these natural resources are being harnessed to reduce the carbon footprint left by humans. U.S. President Joe Biden is also keen to shift to solar panels and rely on solar energy to make America more eco-friendly. While this initiative is applaudable, there is a darker fact behind this goal. Reports are surfacing that indicate using Uyghur forced labor in the Xinjiang region may prevent this dream from becoming a reality.

The last couple of decades have seen China’s Xinjiang region evolve into the world’s largest supplier of raw materials that are crucial for the manufacture of solar panels. Polysilicon is a crucial element of solar panels and more than 45 percent of the world’s polysilicon is manufactured in China. The dark fact is the Chinese government sanctions the use of Uyghur forced labor to mine these elements without proper safety measures.

The history of China and the Uyghurs

The Uyghur region is predominantly home to Turkish-speaking Sunni Muslims. There are many disputed claims by the Chinese authorities and Uyghur nationalists about the actual history of the people of Xinjiang and the Uyghur region. While the former claims that Uyghurs in Xinjiang came from the Tiele tribes and only in the 9th century did they become Xinjiang’s main political and social force. The latter, on the other hand, claim that Uyghurs are the original inhabitants of Xinjiang, having a history that dates back 9,000 years.

Being an autonomous region under China’s control, Xinjiang serves as the capital of the Uyghur region. Like Tibet, the Xinjiang region’s Uyghurs have constantly protested against the strict nationalism imposed by China’s President Xi Jinping. While China’s officials deny any such use of extreme force, recent reports of the processing of polysilicon to manufacture solar panels have shed new light on these claims.

The claim of Uyghur forced labor

United Kingdom’s Sheffield Hallam University conducted a study and published a report stating the coercive ways used by the Chinese government to implement Uyghur forced labor in the Xinjiang region. The report is co-authored by supply chain analyst Nyrola Elimä, who lived in the Uyghur region for 19 years.

The report, published in May 2021 titled In Broad Daylight: Uyghur Forced Labor and Global Solar Supply Chains, presents evidence of a troubling reality — components for solar panels may be created with Uyghur forced labor. This labor transfer is made under extremely forced conditions and threats of internment and re-education have been added to the violation of human rights claims against China and President Xi.

The researchers have identified 11 key companies that are actively engaged in these forced labor transfers in the Xinjiang region. They have also gathered evidence of over 90 companies spread worldwide whose supply chains are affected by this coercive transfer of labor. The people from this region are made to sign up for labor transfer programs and are often made to work as slaves. These laborers do not have the chance to walk away or quit for fear of internment.

Countering these claims, the Chinese Ministry of Foreign Affairs spokesperson Hua Chunying calls these claims blatant lies. She pointed out that past incidents too can be checked where the Chinese government was accused of using forced labor in the cotton industry and now the same claims are being raked up for the polysilicon and solar energy industry. Hua further states that many anti-China countries and countries in the West are intentionally trying to tarnish the Chinese government and these nations and people have darker, sinister intentions for the same.

The report also mentions that not only is the polysilicon area highly saturated by exploited laborers, but also the mining of quartz. While China and the Chinese companies are tapping into the supply and demand chain for solar panel raw materials, the laborers are the people who pay the greater price, states the report. Further, the reports claim that many of the people living in the Xinjiang region face physical abuse and are forced into indoctrination. Beijing, on the other hand, says that the people of the area are given the chance to learn about Chinese laws and language and pick up skills at various vocational camps.