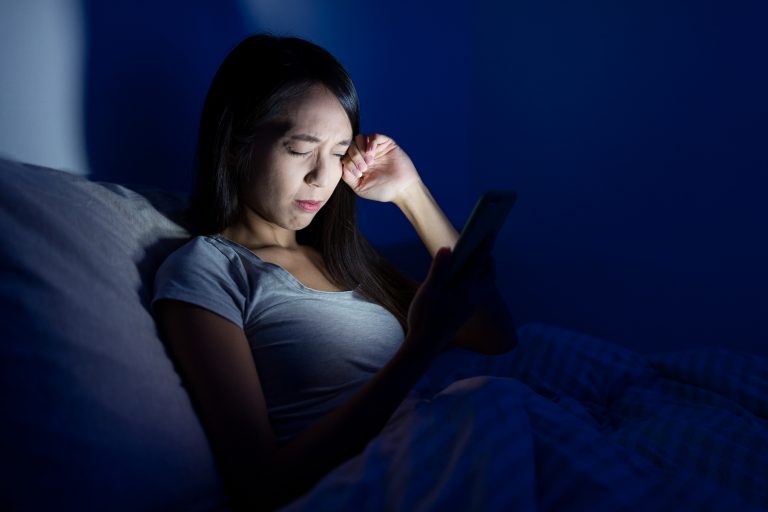 'Revenge bedtime procrastination' describes the decision to sacrifice sleep for leisure time that is driven by a daily schedule lacking in free time. (Image: Leung Cho Pan via Dreamastime)

Finding personal time can be daunting for most working individuals these days, regardless of income level and sector. In certain countries including China, employees find it especially hard to find enough time for performing daily chores outside the grueling work schedules. This can be frustrating and in the long run, drive many people into bouts of depression. However, with revenge bedtime procrastination, individuals are extracting time from their sleeping schedules for non-work-related activities.

Many women and men working in sectors like IT, pharmaceuticals, and retail are left with only a few hours at the end of the working day for eating, bathing, and sleeping. While catching a few more hours of sleep would seem logical, many are cutting down on sleep time. Many will spend a few hours late at night surfing the web, catching up with friends over the phone, or watching movies. Revenge bedtime procrastination is the reflex action to cut out time for enjoying leisure activities.

The term “bedtime procrastination” first surfaced in a 2014 study from the Netherlands. With the addition of “revenge,” the term started appearing on the Internet in China in 2016. It was finally introduced to English speakers last summer by writer Daphne K. Lee, who defined it on Twitter as “a phenomenon in which people who don’t have much control over their daytime life refuse to sleep early in order to regain some sense of freedom during late night hours.”

The majority of people resorting to revenge bedtime procrastination admitted it hurt their health, but they could not stop enjoying some personal time. Many say that the companies they work for are stealing their personal time and so they are staying up till late at night to regain it.

While the trend is more commonplace in China, it has started impacting workforces in other countries too. Health experts have always cautioned about insufficient sleep acting as a catalyst for long-term health woes. It may cause digestive issues, prolong body healing, and enhance neurological degenerative conditions.

Tech giants that adhere to a grueling work schedule are not alone responsible for this trend. Their work practice has seeped into other sectors. A creative director employed at a Shanghai-based digital agency, Gu Bing, echoes the view. Bing says: “Even though I am tired the next day, I don’t want to sleep early. I really need that time. I want to be healthy, but they [her employers] stole my time. I want to steal back my time.” She also says despite the tiredness, she finds the quietness of night alluring.

While the pandemic has made it possible for millions of people to work from home, this has led to the creation of other problems affecting their personal lives. When working from home, employees often end up taking more time and this is blurring the boundary between work and personal time. Many are often contacted by management over the phone and by email after work hours. This leads to further shortening of personal time.

Health experts are concerned about this growing trend. Sleep deprivation, in the long run, can hamper health in more ways than people realize. They feel people should be given more time to get detached from their work schedules. Unless they get the required amount of time to unwind, they are likely to stay up late at night. Sadly, most companies are not willing to address this growing problem. A change in work policies is what is needed, feel the experts. However, implementing it will be a challenge, especially where a ruthless work culture prevails.