A Famous Sculptor Prodigy and His Protégé in Taiwan 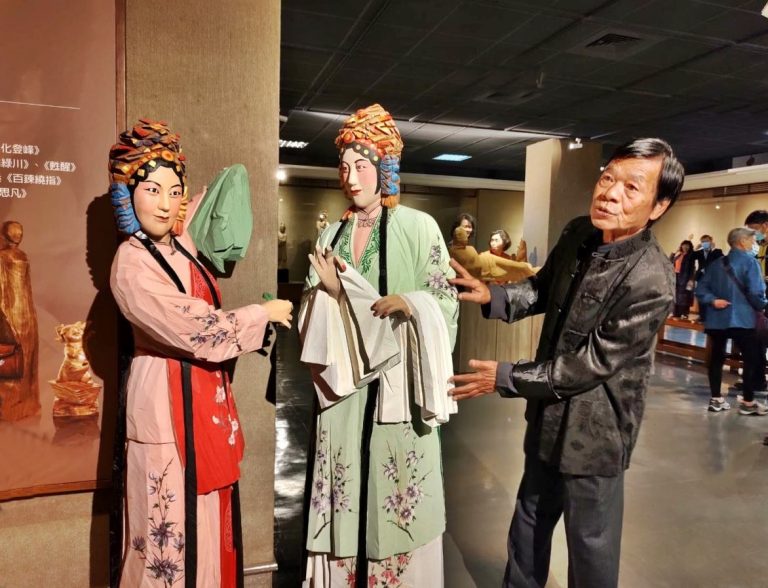 Often referred to as the “quick wood sculptor” and the “axe sculptor in Taiwan,” Huang Hongyan (黃弘彥) is one of the three sculptor prodigies in Taiwan. As the by-names suggest, he is well-known for his amazing skills of completing a woodcarving within 15 minutes.

About the sculptor prodigy

Huang was born in northern Taiwan’s Taoyuan City in 1944 and is based in Sanyi Township in central Taiwan’s Miaoli County, which is one of the world-famous wood carving centers. Over the past few decades, he has created countless fine artworks.

Please watch the following video of “A Famous Sculptor Prodigy and His Protégé in Taiwan.”

The artist is especially good at carving human figures and Chinese deity statues. The sculptures he has created are exquisite, vivid, and lifelike. Among other things, he was invited by a professor to repair the statues enshrined in the famous Sanxia Qingshui Zushi Temple, and to carve over 500 sculptures of deities for this temple in New Taipei City in 1978.

The uniqueness of the artist

In addition to woodcarving, this famous sculptor is really into Kunqu opera (崑曲), an old drama style that originated 600 years ago in Kunshan of Suzhou Province. It is the reputed “ancestor of Chinese dramas” and the “mother of Chinese operas.” In fact, Kunqu was listed as a “Masterpiece of the Oral and Intangible Heritage of Humanity” by UNESCO in 2001.

Over the past 15 years or so, he has dedicated himself to carving the sculptures of Kunqu opera actors and has completed a series of outstanding works on this subject matter.

With his exquisite carving skills, his works can depict the grandeur and charm of opera actors in a precise and accurate manner. His Kunqu Opera Series dubbed “Wandering in the Garden, waking from a Dream (遊園驚夢)” has been quite popular at home and abroad.

Since 1973, Huang has participated in various solo, special, touring, and joint exhibitions organized by the Taipei Fine Arts Museum, the Sanyi Wood Sculpture Museum, some city government cultural centers, and other government agencies and associations.

He has won many awards from a variety of art competitions and festivals, including five championships, one first runner-up, four second runner-ups, and two merit awards from 2006 to 2017.

Additionally, many of his works have been collected by the Taipei Fine Arts Museum, the Sanyi Wood Sculpture Museum, and other government agencies, as well as public and private organizations.

One of Huang Hongyan’s favored students is Cai Mingfeng (蔡明峰), an outstanding sculptor who currently owns his own sculpture studio in New Taipei City. Having learned exquisite skills from Master Huang over the past three decades, Cai specializes in carving animals, in particular wild boars. He has created hundreds of sculptures and won some awards in local art competitions and wood carving festivals, including the first runner-up of a woodcarving competition organized by the Taichung City Government in 2019.

Cosponsored by the Department of Cultural Affairs, Taoyuan City Government, a joint exhibition of Huang Hongyan and Cai Mingfeng was held at the exhibition hall of the Taoyuan City Cultural Center from April 14 to May 2, 2021.

About 70 pieces of the fine artworks created by this famous Taiwanese sculpture prodigy and his favored protégé were displayed at the joint exhibition. Their exquisite creations were highly commended by viewers from all walks of life.