Bhutan Invaded by China, a Warning for India 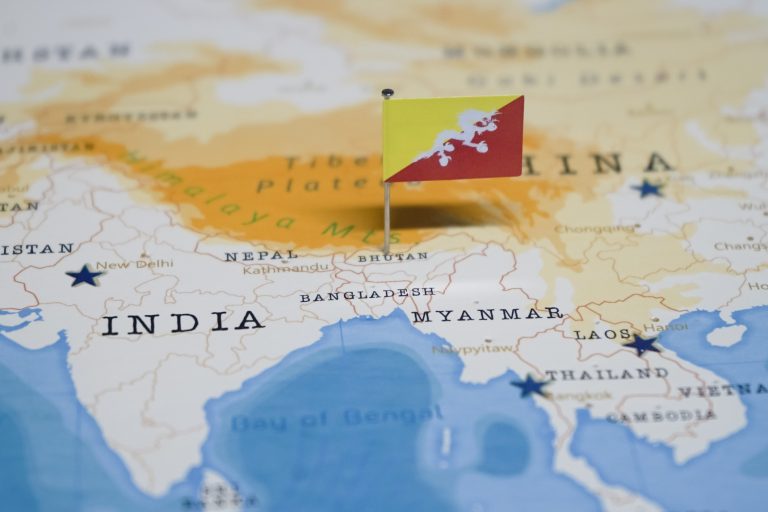 The aggressive stance adopted by China regarding territorial claims is making other countries weary, including Bhutan and India. (Image: Hyotographics via Dreamstime)

In recent years, the aggressive stance adopted by China regarding territorial claims is making the other countries weary, including Bhutan and India. Its border disputes with neighboring India need no elaboration. Since the last few years, the standoff between the armies of both countries has drawn the attention of the world. China has also been aggressive about setting up army camps and outposts in areas bordering India.

China has recently built an entirely new village in an area historically and internationally recognized as part of Bhutan’s territory. Moreover, China did it through a “grey zone invasion” without firing a single shot, causing any military conflict with Bhutan, or even drawing any international attention until after the fact. The revelation is a reminder of how far the Chinese Communist Party (CCP) is willing to go to fulfill its global ambitions.

The new village, named Gyalaphug, has been set up in the Tibet Autonomous Region, according to China’s claims. However, the reality is the village falls within the territory of Bhutan, a sovereign state. The worrisome thing is China is not content with setting up one or more villages in the Bhutanese territory. It also has plans to set up one hydropower station, a communications base, new roads, military outposts, a military base, and a satellite receiving station.

The activities of China have far-reaching political and religious implications. The area where the Chinese village has been set up is considered to be a Beyul, a hidden valley designated by the “second Buddha” Padmasambhava back in the 8th century CE. The CCP is trying to exert its control over Tibetan Buddhism by invading Beyul. The move also has a deeper geopolitical significance. While Bhutan and China do not engage in diplomatic interactions, they do hold periodical political talks. So far, the Bhutanese authorities have evaded a direct clash with the Chinese government.

According to recent reports, China has agreed to return to Bhutan the region in Beyul Khenpajong it has invaded. In exchange, it wants 269 square kilometers of disputed land in western Bhutan. These areas are close to the border of Bhutan and India. If China is given control of these areas, it will receive a military advantage.

In the continuing political tensions between China and India, Bhutan is becoming the unwilling sufferer. In late 2020, U.S. satellite images discovered a new village in the Torsa River Valley. In recent years, China has constructed roads, army bases, and other infrastructure very close to the India-Bhutan border, albeit within its territorial limits. The Bhutanese government has refuted the claims that China has invaded its territory. China’s Ministry of Foreign Affairs said: “China’s normal construction activities on its own territory are entirely within the scope of China’s sovereignty.”

The last time Beijing had formal diplomatic relations with Thimphu was in 2016. The 125th round was delayed owing to the Doklam standoff and further postponed by the pandemic. In July last year, China’s Ministry of Foreign Affairs made a claim of a new area in Bhutan belonging to Chinese territory. It was the Sakteng Wildlife Sanctuary, not far from Arunachal Pradesh.

India shares a cordial relationship with Bhutan. The two countries signed the 1949 Treaty of Friendship and the Indian Military Training Team guided the Royal Bhutan Army post-1961. However, the Himalayan kingdom is locked in a tussle between land and territorial claims made by both neighboring nations.  Over the decades, both India and China have exerted considerable diplomatic pressure on Bhutan. China has been trying to woo Bhutan in many ways. It offered an economic assistance package worth US$10 billion in lieu of border concessions in 2017.

After the annexation of Tibet, Bhutan remains the only strategic buffer for India. This is well understood by China. It is adopting the same aggressive policy used in the South China Sea. Much before India gained independence, the Chinese Nationalists understood the importance of Bhutan and adjacent regions. It always wanted to gain strategic control of the Himalayan region.

In the worst possible scenario hinted by the political analysts, Beijing would use Doklam and deploy the PLA forces to seize the Siliguri Corridor. If this actually happens, Assam and its six surrounding states will be cut off from the Indian mainland, literally.