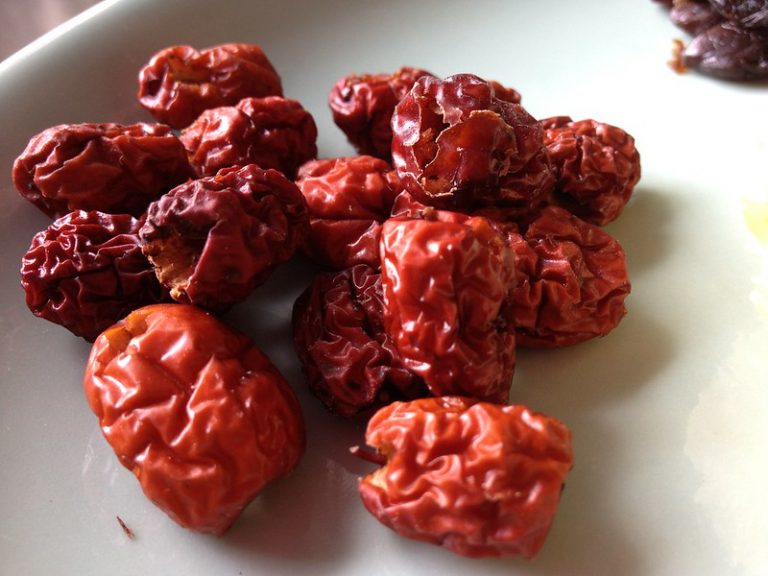 Chinese red dates are one of the most popular foods used for health in China. (Image: Phoebe via Flickr)

What are the health benefits of eating Chinese red dates? Li Shizhen, the renowned physician of the Ming Dynasty, described Chinese red dates in his classic writing Compendium of Materia Medica as sweet in taste, mild in nature, and can replenish energy and nourish the blood. There is a saying among common folks: “Red dates a day keeps your age away.”

The red date is actually a jujube fruit that originates in China, specifically the Xinjiang region. The fruit has been cultivated in China for around 4,000 years, but some push it back even further, to some 8,000 years ago. Red date wine was popular during the Zhou Dynasty (1046-256 BCE), but later, the red date became mostly known for its use in traditional medicine.

Many traditional herbal formulas include red dates as they are used for balancing the herbal formula and the Qi and blood of the body. Likewise, they are also used in cooking to balance the food. On special occasions, many people buy quality dates and give these as gifts to their friends and relatives.

Chinese red dates are red, soft on the outside, with a sweet smell. The inside is soft and moist. They are readily available from Chinese markets and grocers throughout the year all around the world.

Modern studies show that Chinese red dates contain protein, saccharides, and organic acids. They are rich in vitamins and consist of moderate amounts of vital elements such as calcium, phosphorus, and iron, making them a good anti-cancer and anti-aging natural food source. Due to their mild nature and sweet taste, they are popular food ingredients. However, to bring out the nutritional aspects of red dates, it is better to pair them up with other ingredients.

Hopefully, you may be encouraged to include them in your diet after learning how they can benefit your health.

If a sweeter taste is preferred, add rock sugar and serve when it melts

The sugar content in red dates is relatively high; therefore, diabetes patients should only consume them sparingly. People with a cough, phlegm, or a bloated abdomen should also avoid red dates.